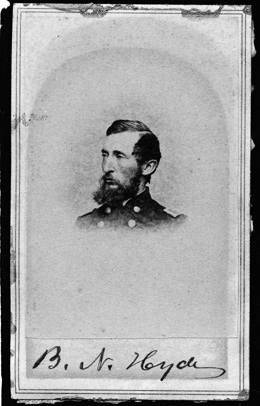 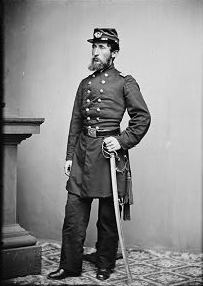 Col. B. N. Hyde died Friday night after several years illness. He was born at Hyde Park, Vermont, August 14, 1831, son of Major R. B. and Caroline Noyes Hyde. Col. Hyde was a grandson of Jedekiah Hyde, a Revolutionary War officer, and descendant of the Clarendon Hydes of England.

He was educated in Canada and at West Point Military Academy where he was a member of the class graduated in the year 1855, and a classmate of Artist Whistler, Gen. O. O. Howard, Gen. Custis Lee, and others afterwards officers in the Civil War. Gen Henry L. Abbott now is the only survivor of that class.

In August, 1855, he married Adeline E. Whitcomb, sister of the late P. W. Sheafer. He was on the staff of Gov. Fairbanks, Vermont, when he entered the Union Army, Colonel of the Third Vermont Regiment Volunteers.

Col. Hyde resigned from the Army in the year 1863 and came to Penna as a mining engineer in the year 1868. He was well known and universally esteemed for his public spirit and kindly manner. Three children remain, William of Swampscott Mass., Ernest, sales manager of the Northern Electric Co., Montreal, and Florence, who was his devoted companion here.

I managed to find Col. Hyde's obit in the local paper. According to the paper, he died on October 4th 1918. In Pottsville at that time, the Spanish Influenza had just begun to take its toll on the local population.