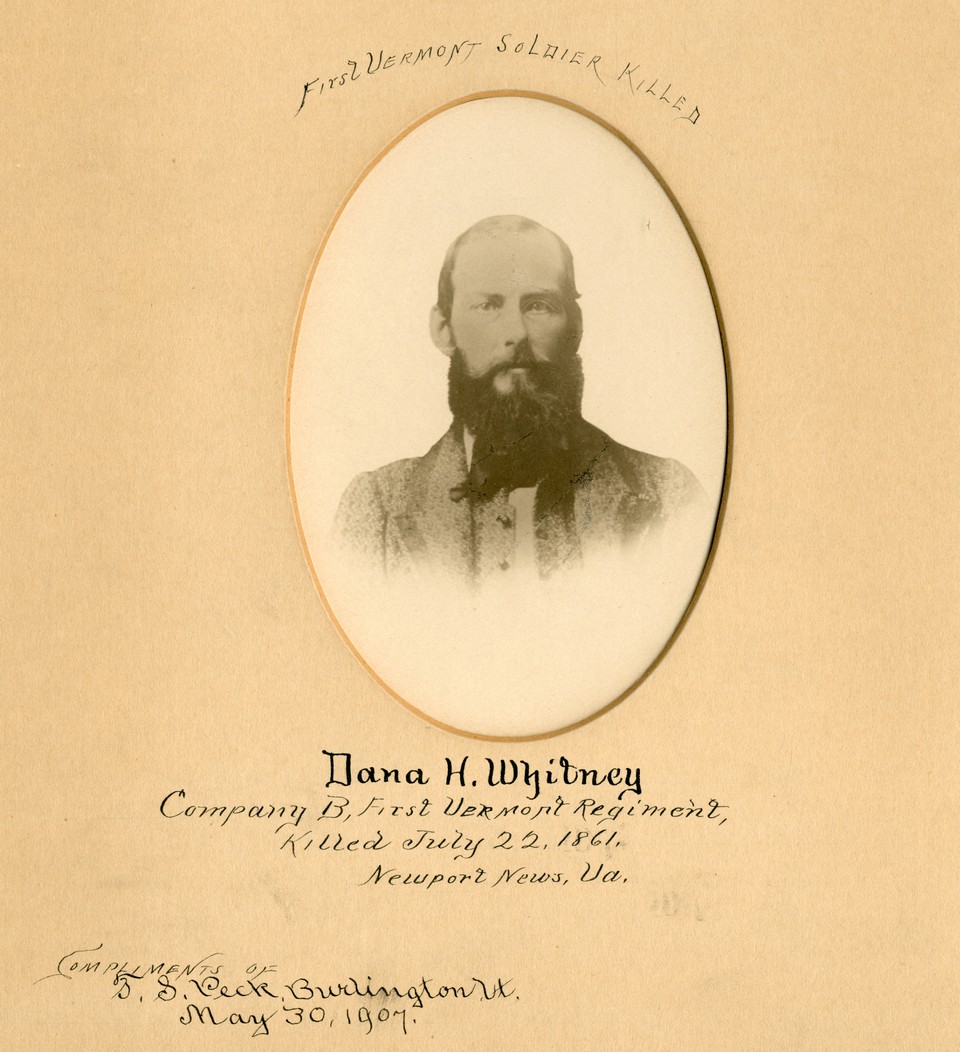 Several residence were burned yesterday afternoon in the neighborhood of Newport News; by whom destroyed is not known. One of them belonged to a rank rebel by the name of Cummings, who enjoys a safeguard from the commanding officer, and near whose house Dana A. Whitney was assassinated yesterday afternoon. This old scoundrel undoubtedly was cognizant of the manner of his death, and the author if it, if he was not the guilty person himself.

This forenoon the clerk of the Quartermaster of the Vermont regiment, Dana A. Whitney, a private, from Woodstock, Vermont, went out for beef, by order of the Colonel commanding, and his dead body was brought in about noon. He was shot on the Hampton road, 'about' four miles from Newport News. This is the mode of warfare which we meet with here, and until we get some light cavalry it is useless to attempt to stop it.