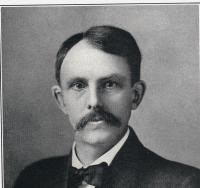 John Whittier was a very short man, taking after his paternal grandfather, who was only 4'10" tall when he served in the Revolution. A family story (probably embellished) is that he tried to enlist several times but was rejected because he wasn't tall enough to reload the rifles/muskets the army was using at that time. He finally talked the recruiter into taking him by stuffing his shoes with newspaper to increase his height... or more likely, just made himself a nuisance until they finally took him to get rid of him.

John was a wheelwright and your information on death location of Soda Springs, Idaho is correct. He was first cousin to the American poet, abolitionist, Quaker and author; John Greenleaf Whittier.

Johns' father, Edmund Whittier, served in the War of 1812 for a short time, as a cobbler.