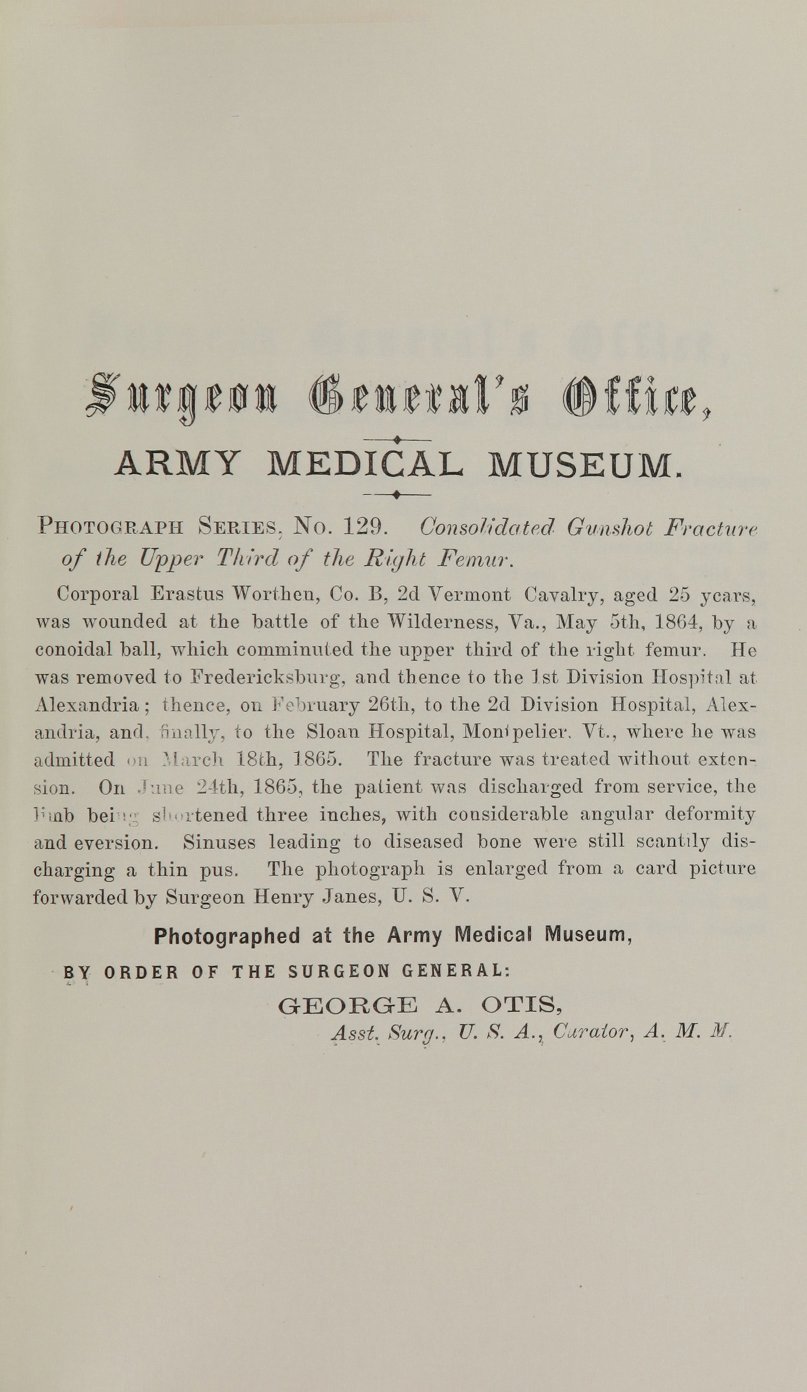 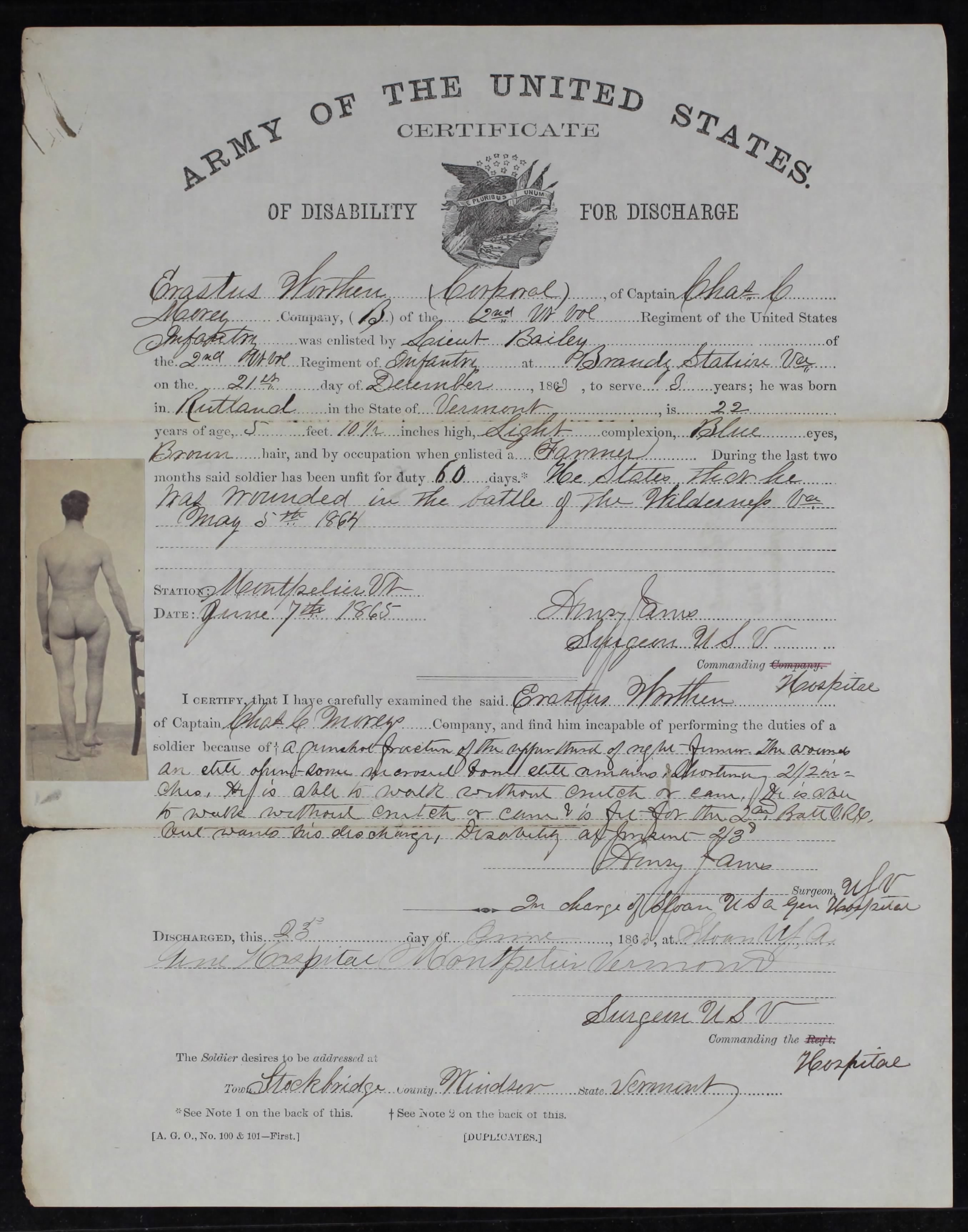 CASE 372.— Corporal E. Worthen, Co. B, 2d Vermont, aged 25 years, was wounded in the right thigh, at the Wilderness, May 5th, 1864, and admitted to hospital in Alexandria three weeks afterwards. Surgeon E. Bentley, U.S.V., described the wound as a "shot fracture of the upper third of the femur," but the progress of the case was not recorded. On March 17, 1865, the patient was transferred to Sloan Hospital, Montpelier, whence Surgeon H. Janes, U.S.V., contributed the following history: "The wound was caused by a minié ball, which entered the thigh in front, passed directly through and emerged posteriorly, at the lower border of the glutei muscles, comminuting the femur for about three inches. From the field the wounded man was taken to the hospital of the 2d division, Sixth Corps, at Fredericksburg, and thence by boat to Alexandria, where the limb was first adjusted, and kept in position by sand bags without extension. He stated that no other apparatus was ever used. Subsequently he had typhoid fever and erysipelas. The first fragment of bone was removed in July, 1864, and since that time about fifty pieces have come away. When admitted to Sloan Hospital the wound was still slightly discharging, but the patient was able to go about on crutches. About three months afterwards the bone had become so firmly united that he could walk a short distance without crutch or cane. When discharged from service, June 23, 1865, the patient was in good general health, and able to walk a considerable distance on smooth ground without crutch or cane, the injured limb being shortened two and a half inches and considerably deformed. There was also necrosed bone remaining, and the wound still slightly discharging." Examining Surgeon C. L. Allen, of Rutland, Vt., reported, September 24, 1866: "The right limb is now three inches shorter than the left. An opening (the wound of entrance) still exists in front of the trochanter, into which a probe passes about four inches; another opening posteriorly (the wound of exit) allows the probe to pass in about three inches. A third opening exists near the middle of the inside of the thigh, having been made by the Surgeon for the discharge of the burrowing pus." The same examiner subsequently certified that he was called on to visit the pensioner on October 23, 1870, and found him "suffering from pyćmia, resulting from the wound breaking out anew, from the effects of which he died October 25, 1870." A card photograph of the patient, taken at the Sloan Hospital, was contributed by Surgeon Janes (Card Photos., A. M. M., Vol. II, p. 22), an enlarged copy of which, taken at the Army Medical Museum (Surg. Phot. Series, No. 129), is shown in wood-cut (FIG. 139).