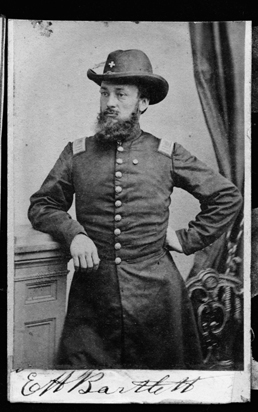 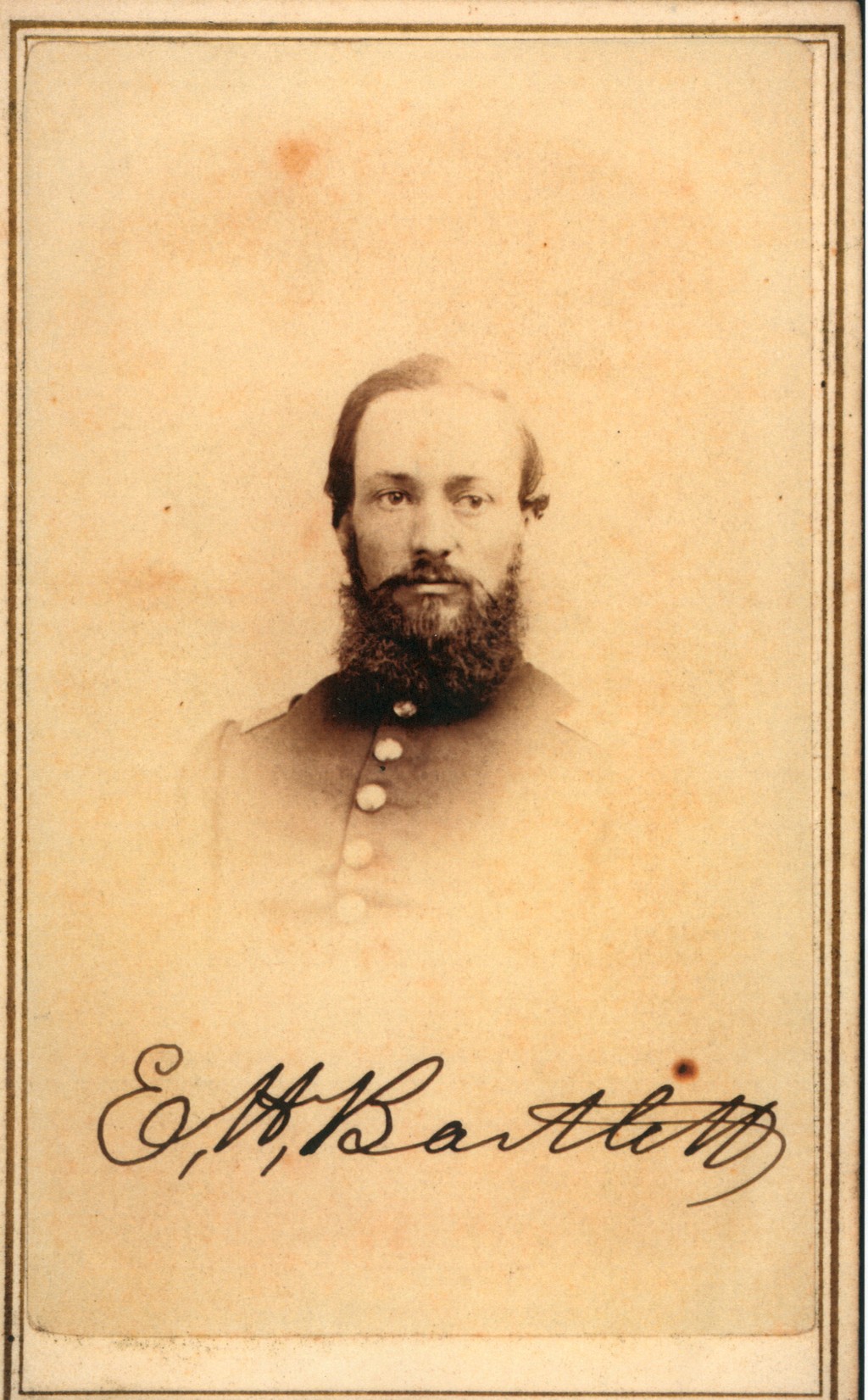 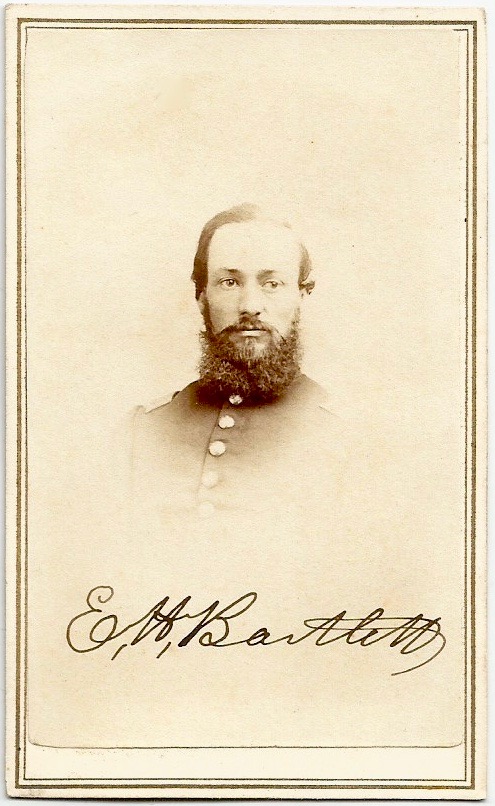 Among the sons whose death Coventry was called in the late war to mourn, there is none whose loss was more keenly felt than that of Catt. Enoch H. Bartlett of the 3d Regiment, who was killed May 3, 1864, while gallantly leading his company against the rebels.

Capt. Bartlett was a native of Browning ton, born April 20, 1833, a son of Seth and Asenath (Huggins) Bartlett, and a brother of the late Major Amasa Bartlett, of the 9th Regiment. He spent his minority, except a few terms at Derby Academy, on his father's farm in Coventry. Upon becoming of age he went to Peoria, Ill., where he spent a year as clerk in a store; then returning to Vermont, he attended the academy at Morrisville two years, after which he entered upon the study of law with Henry H. Frost Esq., of Coventry. He was admitted to the Orleans County Bar at the June term 1860, and immediately took the office and business of Mr. Frost who had died some months before.

He was actively and successfully engaged in business when the war broke out, but he could do no business after that. His whole soul seemed to be absorbed in thoughts of his country and the duty he owed to it. A recruiting office opened at Coventry, and he was one of the first to enlist, and one of the most active to induce others to do the same. It was great disappointment to him that the company was not filled in season to enter either the first or second regiments It was at length organized as Company B. of the 3d Regiment, 24 May, 1861, and he was elected first Lieutenant. He was promoted to the Captaincy 22Sept, 1862. He participated in all the fatiguing marches and desperate fighting's in which the 3d Regiment was engaged, having been in the thickest of the fight at Lee's Mills, Williamsburg, the seven days before Richmond, Antietam, Fredericksburg, Chancellorsville, and other bloody fields. He fell at last in the Wilderness, and received a soldiers burial on the spot where he fell.