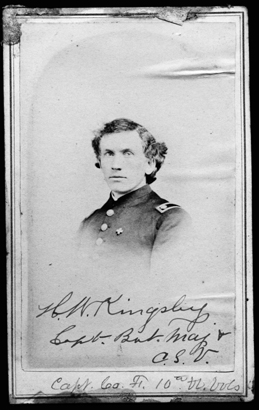 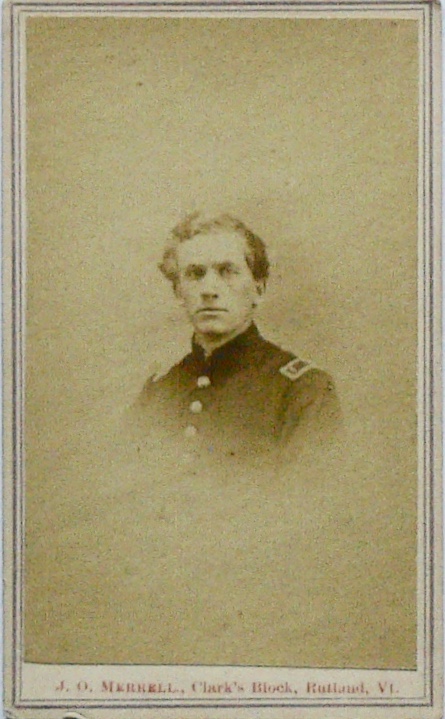 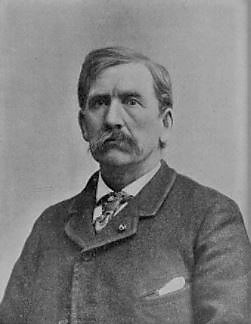 Maj. Henry W. Kingsley of No. 27 North Main street died at his home yesterday afternoon after a brief illness with a complication of diseases, at the age of 74 years.

Mr. Kingsley was a son of Horace and Rest Perkins Kingsley, and was born in Clarendon, October 21, 1840. He was educated at the common schools of his native town and in the Rutland high school. He made Rutland his home from an early period and was for a long time engaged in business with the late I.D. Cole, a merchant tailor.

At the breaking out of the Civil war he enlisted in Company C, 10th Vermont regiment, under Capt. J.A. Sheldon. Later he was appointed quartermaster sergeant of the regiment and afterwards became second lieutenant of Company F. He was promoted to first lieutenant July 1, 1863, and mustered out as captain of his company, February 24, 1864.

In January, 1865, he was made captain and commissary of subsistence, which position he had filled from June, 1864, and was assigned to duty with the first brigade, third division, Sixth Army corps. He held this office until mustered out after a service of three years and two months. On August 9, 1865, he was brevetted major "for efficient and meritorious service."

Returning from the war he again engaged in business in Rutland, and for the past 20 years had been a salesman for M.E. Wheeler & Co., now one of the most important branches of the American Agricultural Chemical company.

In 1866 he married Mary Frances, the daughter of the late William M. and Minerva K. Field, who survives him. He is also survived by three sons and two daughters, Harry F., Thomas Davenport and Percy M., of Rutland, and Mrs. Robert B. Davis of Bradford, Mass., and Mrs. Irvin I. Beinhower of Rutland.