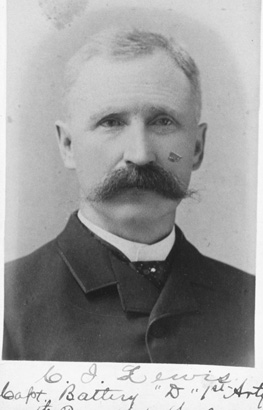 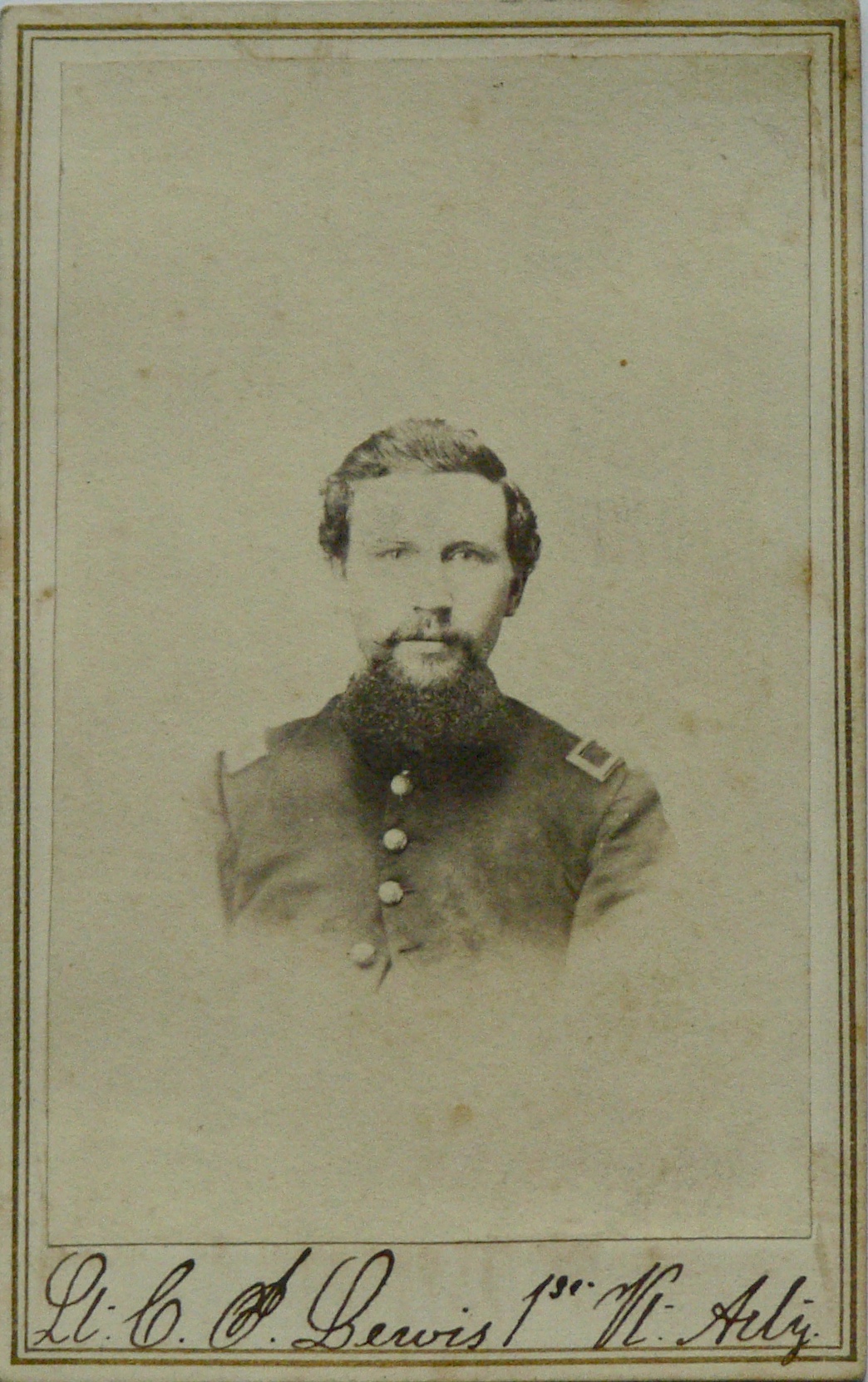 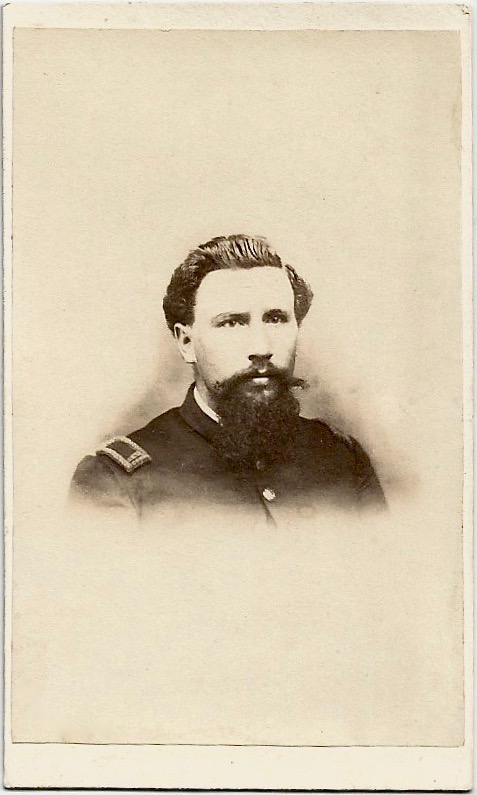 MR. EDITOR: --- "Thrice happy Be" if he be a soldier, who can find an hour to spend at his own pleasure. It is almost as inconsistent for one to attempt to be a soldier, and at the same time a correspondent, as it was for those superstitious men of old who built their Babel, and thereby attempted to be in heaven and earth at their will. Thus far we have had a very pleasant time. Our first day's work was a hard one. We started, as you know, from Hyde Park, at 1 o'clock in the morning on the 15th. Among the many adieus of that hour, there was one which seemed to linger rather longer than many of them. Colonel Keeler's dining room had gained most a tenacious hold on the affections of the recruits while stopping there. But when they passed from its "four walls" for the last time, you can hardly imagine the depth of their sorrow. I must not, however, forget "Charley's Shop," where the down-cast victim found the readiest means for satisfying the penalty of the court-martial. But to continue on our journey; we arrived at Stowe in due season, and had a good warm breakfast which revived us, and set out on our way rejoicing, still more anxious to get into camp and experience soldier's life. Swiftly the fast rolling wheels of the steam horse carried us over the iron rails. At about one o'clock P.M., we arrived at White River Junction. We stopped there about twenty minutes and rested ourselves by straggling through the depot. The people of that place gave us dinner, consisting of a great variety of cheese and crackers and warm water.

We arrived at Brattleboro about 4 o'clock. P.M., where an escort of two companies awaited us, and led the way to the camp-ground. We pitched our tents; eat our supper; wrapped ourselves up in our blankets; took the soft side of some boards for couches, and had a very sweet nights repose. Every man arose next morning, healthy and hearty. I thought I would be up early and see the sun rise, the first morning in my new home. I removed the curtain from my tent. It was light, but I saw no sun. I waited a few moments longer and looked again, the long shadows of trees streaked across the ground. I went out and found the sun shining, but where was it? I at length saw it, but it was in the west! For some unaccountable reason the sun had risen in the west. But, never mind, I was turned around instead of the sun.

We have moved our encampment, so that now we have a very pleasant situation. The staff officers, so far as appointed are as follows: Colonel J.M. Warner, Middlebury, recently a Lieut. of the regular service; Lieut. Colonel R. C. Benton, one of many heroes of "Spunky Lamoille;" Adjutant, H.W. Burrows; Quartermaster, A. L. Carlton, formerly of Morristown; Surgeon, Dr. Kidder of Addison County; Assistant Surgeons, J.J. Meigs who is liked by the whole regiment, and E. Porter.

There have been quite a number on the sick list, but there are only one or two of the whole regiment who are considered dangerously sick. Nearly all the sickness is occasioned by the change of diet and the manner of living. They complain for a day or two, then report themselves fit for duty. Lieut. Cummings, former editor of the "Phoenix," told me today that one of his men had just come down with the measles. Possibly this may cause some trouble in the regiment. We are expected to be mustered in this week Wednesday.

Let me tell you the Colonel gives Co. D. the praise of taking the lead in drill; handling arms, and promptness and good behavior. Captain Woodbury is regarded as the best drillmaster in the regiment. The boys are getting impatient. They say they fare well enough here, and enjoy themselves well enough, but they do want to see the famous land called "the sacred soil of Virginia." The report reached us today that another company was organized at Hyde Park. Good for "Spunky Lamoille." She is still true to her long standing customs. Do not such movements speak wonders? I must close by saying that my time for writing letters is so limited, that I cannot give you anything of great interest.

Mr. Editor:---Everything in camp is quiet and pleasant. We are prospered much better than we ever expected. True, we have considerable hard work with shovels and axes, but we have not experienced the fatigue, or had our ranks thinned to such an extent than we should have we been laboring with the muskets, and become accustomed to the startling command, be ready to march at a moments warning. We have finished a regular course in "spade drill", and consider ourselves accomplished in the art, and are not anxious to take extra lessons. Since we came to Fort Lincoln, we have made about seven miles of rifle pits, about three- fourths of a mile of road, twenty feet in width, designed for the transportation of heave siege guns, built one mask battery, and done a great amount of other work.

Our prospects are becoming still more favorable. We are now expecting to be transformed into a regiment of heavy artillery, and are practicing in that drill, and shall probably continue to do so thro' the winter. The order transforming us has been signed by Col. Warner, Col. Gibson, acting Brigadier General, and by the Chief of Artillery, and is now under the consideration of the War Department. Be assured, if the order is approved, whenever occasion requires it, we will show ourselves worthy of the position.

The 12th and 13th Regts. Are encamped at Capital Hill. The boys of the 11th, and those of these regiments have the privilege of visiting each other. " Spunky Lamoille" is well represented in the 13th. They are well clothed, and armed with Springfield rifles.

President Lincoln makes the soldier's home his summer residence; goes to and from the city every day. The sanitary conditions of our company is quite good. The Orderly reported this morning ten on the sick list. That includes those that are feeling some-what dumpish. We have none that we call hard sick. I must close.

From The 11th Regiment

MR. EDITOR: --- The news of Sherman’s great victory has just reached us, and our boys gave him and his army a hearty “three times three” with a “tiger.” The mail has just come. The papers are hastily run over and each line of every letter is carefully read and reviewed. The Newport Republican of the 7th inst., comments upon that part of Gen. Washburn’s report where he speaks of the fact that no Vermont regiment colors ever fell into the hands of the rebels It speaks of the 4th regiment at the fight at Weldon road on the 23d of June. Would it be an unpardonable act of an editor now and then to speak of the 11th when he is giving praise to Vermont troops?

If my memory serves me well, one battalion of our regiment, which by the way, still retains the name 1st Vt. Artillery, though it has the honor of being in the field and acting as infantry, fought by the side of the 4th on that same 23d of June and with a part of the 4th, was almost entirely captured. But its colors were saved as well as those of the 4th. Our regt never saw a battle till the 18th of last May --- the day of its first real experience in war. Since then her colors have been unfurled on the front line of every battle field where the Vermont brigade has been engaged. At Cold Harbor on the 1st of June, the number of heroes who fell beneath its folds or received bitter wounds, gave evidence that it was carried into a severe battle and held there by no cowardly hands. At Winchester on the 19th of September it need only be said to one who knows where the Vermont Brigade was that day, that the colors of our regiment was there too. At Fisher’s Hill, on the 23d of Sept., our flag entered the rebel works by the side of that of the 2d far in advance of many of the troops. And at Cedar Creek on the 19th of Oct., our colors were the 1st to be raised over the works, which were taken by the rebels from the 8th corps in the morning, and retaken by us at sunset. The 1st Vt. Art. Claims only the praise which it is justly due. It has acted well its part and knows well that “there all the heroes lie”. We broke camp in the valley at day light on the morning of the 9t inst. And took our last look at the remainder of Sheridan’s brave little army, and started on our tiresome march for the Potomac army. The 6th Corps is in the trenches.

Petersburg is in the direction of north-east from here.

Firing is heard continually mostly in the direction of Petersburg. Directly in front of that city the lines are very close together and firing is kept up all the time. In our front the lines are further apart and we live very peaceably. On pickets and those of the “Johnie’s” carry on a very lively conversation now and then. They inquired of our boys the other morning, what corps we were, and when the boys told them they were of the 6th, about a dozen of them got together and give us three cheers. Deserters came into our lines continually.

They have just heard of Lincoln’s re-election and Gen. Sherman’s grand march through Ga., and they say they have seen enough of the bogus confederacy.

The cold December winds and rain begin to warn of the coming winter and the men look anxious for the quartermaster to appear with fresh supplies of coats and blankets.

Thanksgiving day was passed very pleasantly in camp. Many thanks to our friends at home for those turkey and chickens.

The health of the regiment is good.
C.J.L.

A telegram received by his nephew, C. H. Slocum last Saturday announced the death at his home in Hannibal. Missouri that day of Capt. C. A. Lewis, a resident of this place some years ago. He was 75 years old and died of general disability. The deceased was at one time a practicing lawyer here, being associated with the late G. W. Hendee. He served in the War of The Union, enlisting in Hyde Park 11th Vt. He has lived in Missouri many years. He is survived by his wife, who was a sister to the late Sanford Slocum of this town.