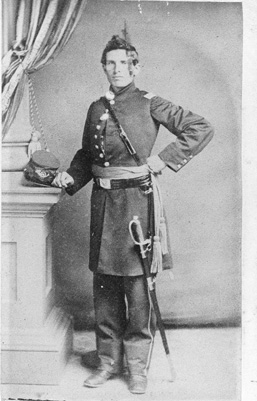 He was educated at the common schools and academy at New Haven, receiving a thorough preparation for after life. He has always devoted his attention to farming, and by industry and skill from small beginnings has increased the value of his property to such an extent that he has now one of the best farms of Addison county, consisting of over four hundred acres of productive land. He is a breeder and dealer in thoroughbred Merino sheep, and has raised many of very high value. These have been exported to nearly all states of the Union, and he has also shipped many to Africa, being one of the first to establish this enterprise. He also is a breeder of high-blood horses.

Mr. Mason is a Republican, and has been honored with various town offices, and is popular and prominent in Addison county.

He enlisted in Co. G, 14th Vt. Vols., when they organized Sept. 9, 1862, and was mustered in in October of the same year, holding the position of 2d lieutenant. Returning to Vermont in July, 1863, he raised Co. E for the 3d Vt. Militia Regt., and was commissioned captain by ex-Gov. J. Gregory Smith. He was present and took part in the bloody struggle at Gettysburg, and has a war record of which one may well be proud.

He belongs to the Masonic brotherhood, being a member of Libanus Lodge, No. 47, of Bristol, and the Chapter and Royal Arch Lodge of Vergennes. He has been a member of the Congregationalist church for a quarter of a century, and is one of the examining and building committee of the church recently erected.

Mr. Mason is a well-informed gentleman on state and foreign matters, and an intelligent and pleasant conversationalist.