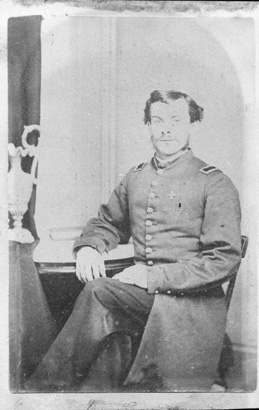 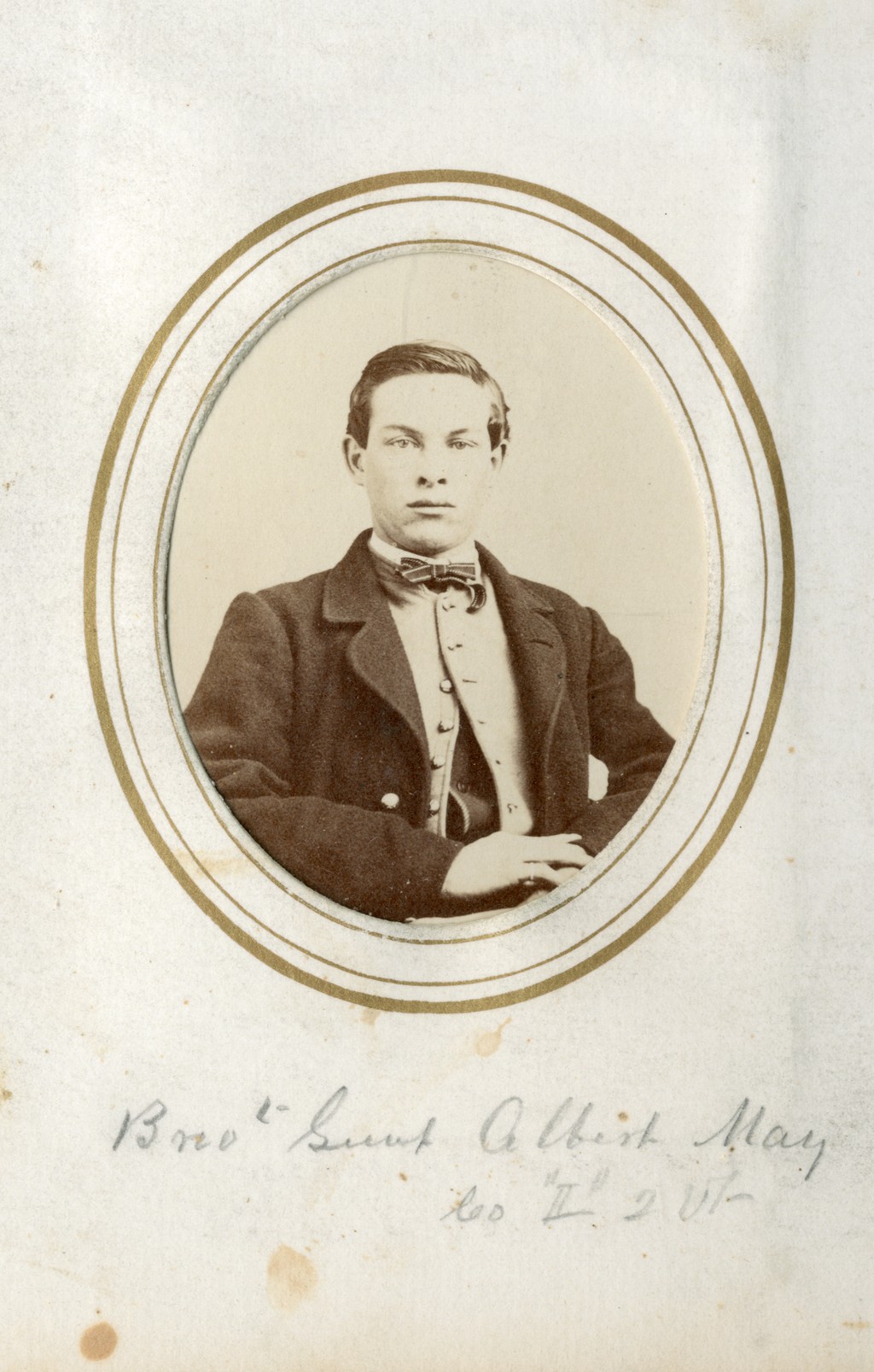 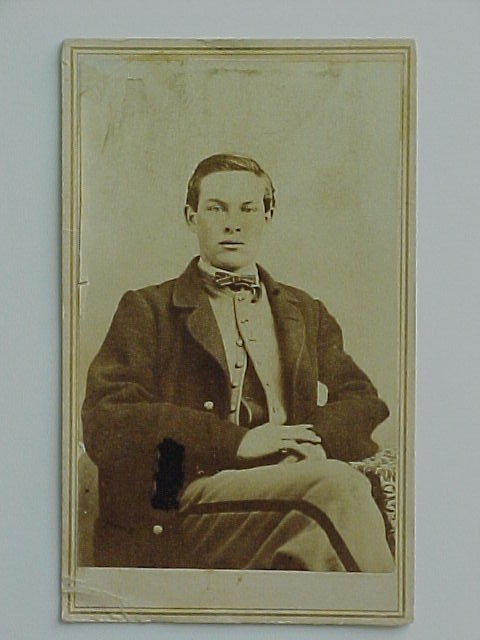 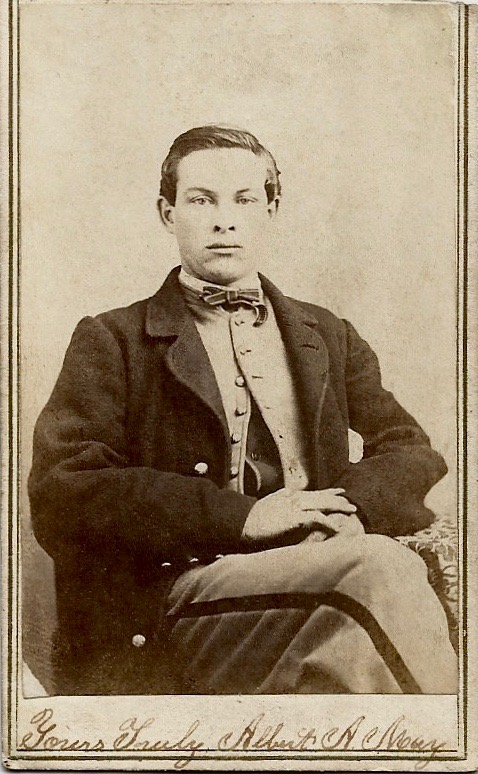 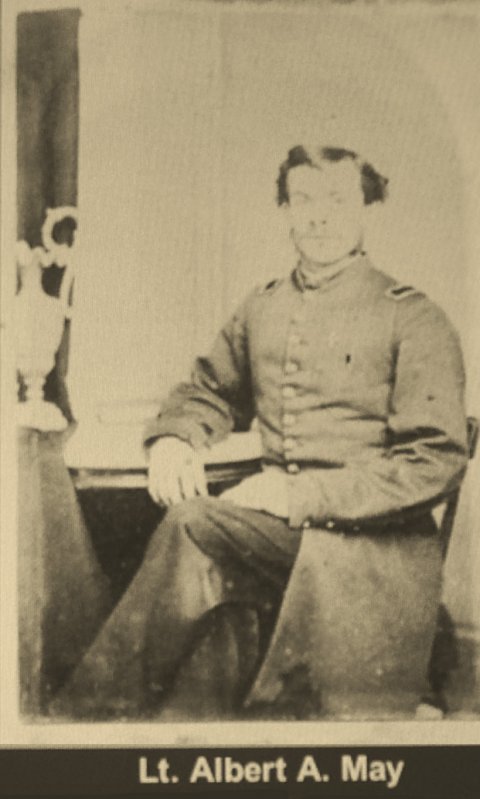 Albert Abraham May was born in Northfield, Vermont, 17 March, 1844, son of Hustin & Nuffelt (Duphiney) May. He was of English and French ancestry. Mr. May married (first) December 31, 1865, Charlotte E. Hooker, daughter of James B. Hooker, of Dedham, Massachusetts. She died November 15, 1895. He married (second) October 3, 1897, Rose Emery, daughter of Job and Abigail (Simpson) Emery, of South Berwick, Maine.

Albert May was reared in Ludlow, Vermont, and graduated from Black River Academy in 1860. When the first call was made for troops, at the outbreak of the Civil War, Mr. May was one of the earliest to respond, enlisting April 20, 1861, and serving as a private in Company I, Second Vermont Volunteer Infantry. He participated in the battles of Bull Run, Fredericksburg and Falls Church, and was honorably discharged in 1863, only to re-enlist in the same company and regiment, becoming corporal. As a veteran he took gallant part in the battles of the Wilderness, the Seven Days Fight before Richmond, Gettysburg, Hagerstown, and the two battles of Petersburg, participating altogether in twenty-seven engagements. Perhaps it was not wonderful that Mr. May should suffer for his gallantry, but he is one whom his country should ever remember with pride and gratitude. He was wounded six times, the first time in the face, in 1862, at Falls Church, Virginia. Carried from the battlefield of the Wilderness, in 1864, with a shattered leg, he bravely won his promotion, and was honorably discharged July 15, 1865, as second lieutenant.

Returning home, Mr. May, after a season of recuperation, went to Boston, and later to Dedham, Massachusetts, and there engaged in the grocery business for seven years. In 1878 he located in Salem, Massachusetts, and was there engaged as a carpenter for the Boston & Maine Railway Company until 1886, when he was appointed a member of the police force of that city, and served most acceptably for nine years. In April, 1896, he established the Pequod Business College in Meriden, Connecticut, which was regarded as one of the best institutions in the State.

It was brought to a high standing through the untiring efforts of its founder, and the able assistance of his wife, who was an expert stenographer and very apt in the way of giving instruction in that useful branch of industry, as well as a business woman of rare foresight. As a progressive and busy citizen, Captain May naturally became in time connected with enterprises outside of the business college, among which was the undertaking establishment of the Sturgis & May Company.

In time the sole responsibility of this establishment fell upon him, and the business college was resigned to other hands. Captain May has been very active in the social and fraternal affairs of Meriden, and long has been a leading member of Merriam Post, No. 8, Grand Army of the Republic, of which he was long commander ; is a member of Meridian Lodge, No. 77, Ancient Free and Accepted Masons ; Meridian Chapter, Order of Eastern Star, of which he was worthy patron; the Pilgrim Fathers, of which he has been governor; Meridian Conclave, Independent Order of Heptasophs, of which he was archon; the New England Order of Protection ; Independent Order of Odd Fellows ; Colonial Club. Meriden, and other beneficiary and social organizations.

He has always been a sincere and steadfast supporter of Republican principles in matters of government. A very active member of Trinity Methodist Episcopal Church, he was many years a teacher in its Sunday school, and long its capable and beloved superintendent. In every way he has fulfilled the requirements of a good citizen, and enjoys the respect and esteem of the entire community. A son of Mr. May's first marriage: George Albert was a dentist of Boston. He married Eva Ellsworth, and died December 23, 1899; children: Albert Ellsworth, and Gladys Irene, married William H. Hurlburt, of Peabody, Massachusetts.

Albert May died at his home in Meriden, Connecticut with the Spanish Influenza, 29 May, 1919 (age 75). His widow Rose was an active member of Meridian Chapter, Order of the Eastern Star, of which she was conductor; a member of the Woman's Relief Corps, Grand Army of the Republic, in which she has also held office; lieutenant governor of O. H. Platt Colony, of the Pilgrim Fathers; a member of the New England Order of Protection; Rebekah Lodge of Meriden, also a member of Susan Carrington Clarke Chapter. Daughters of the American Revolution. As may be inferred, she was a lady of high attainments, social and intellectual.