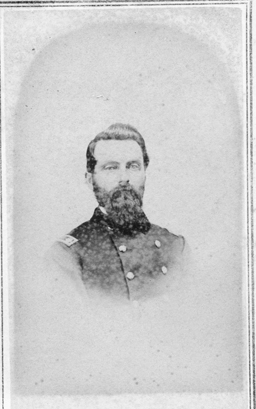 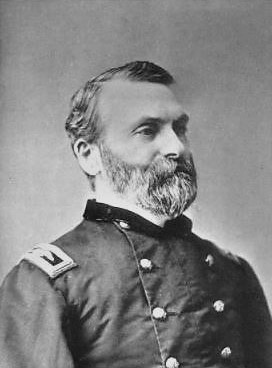 Col. JOHN B. MEAD is well known in Vermont. He has been an active advocate of the temperance movement, and widely interested in agriculture and in public schools. He has been representative to the legislature, senator from Orange county, state superintendent of agriculture, and at the International Exhibition at New Orleans, in 1885, he was commissioner for Vermont, and at the Exposition of 1886 did the same service for New England. Col. Mead is a fluent public speaker, and urges his opinions with enthusiasm and eloquence.

His education was obtained in the district school and in the Orange county grammar school, and was supplemented by discipline obtained by teaching school both in Vermont and New Jersey.

The first year of the rebellion found him, at the age of thirty, settled with wife and two young children on what had been the Dr. Blodgett farm, just south of Randolph Center, where Mrs. Blodgett still lived, receiving love and care from him in his manhood as he had received them from her in his boyhood. Late in 1861 he enlisted, making such arrangements as he could for the well-being of the family left behind him.

At the close of the war Colonel Mead returned to the farm, and was in 1867 and 1868 elected to represent Randolph. In 1878 he was a senator from Orange county. In 1875 he was a member of the State Board of Agriculture, and from 1878 to 1880 was state superintendent of agriculture. In 1884 and 1885 he was commissioner from Vermont to the New Orleans Exposition, and in 1886 was the commissioner from New England to the New Orleans Exposition of that year, and was a member of its board of management.

He was a practical farmer on modern lines, and was an importer and breeder of red-polled cattle, and in 1883 spent some time in England selecting stock for importation.

Colonel Mead was from young manhood an active member of the Congregationalist church, and for many years a deacon therein. He was an earnest advocate of temperance and held the highest official positions in the organization of Good Templars. Full of zeal in all educational matters he was for many years a member of the board of trustees of the Randolph State Normal School and secretary of the board, and with public spirit invested thousands of dollars in erecting a large boarding house, which he and others thought necessary for the better condition of the school.

He was engaged at the last in an enterprise looking to the settlement by Vermonters of a large tract of land in North Dakota.

Colonel Mead died suddenly at his home in Randolph, Dec. 16, 1887-his death doubtless hastened, and it is believed, caused by the lingering effects of his years of military service.

Colonel Mead was of commanding presence and soldierly bearing-earnest, eloquent, and brave physically, intellectually and morally. He was a real and, so far as in man lies, the ideal Christian citizen and soldier.