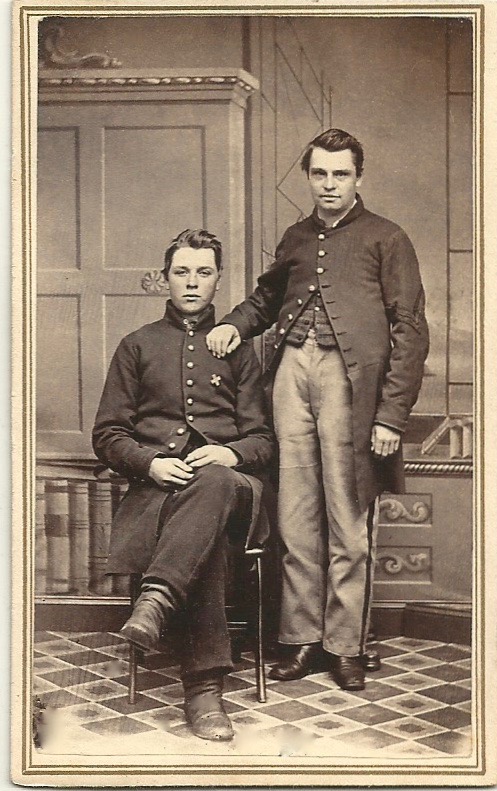 Henry H. Morgan, one of the best known veteran soldiers of Manchester, N.H., died January 5. Mr. Morgan was born in Lyndon, and his age was 70 years, two months and nine days. He was a stencil cutter by trade and had worked as such for many years in New York before coming to New Hampshire about 14 years ago. He had been employed for a long time by the Star Stamp company and about a year ago started in business for himself.

Mr. Morgan's war service was in the First Vermont Heavy Artillery, a regiment originally recruited as an infantry command but transferred to the artillery branch of the service, and he was largely employed on detailed service at regimental and brigade headquarters and acted in quartermaster and in other capacities higher than the rank he attained, that of corporal.

During his residence in Manchester he had been active and helpful in various organizations. He was a member of the War veterans and at their last shoot made the highest score, in fact he never came back from one of those outings without bringing a prize. In the Vermont association of which he was long a member he was very helpful and there and in Amoskeag grange of which he was a member he was famous as the maker of fine coffee at the entertainments having a special knack acquired in the trenches before Petersburg. Mr. Morgan was a charter member of Chamberlin Post, No. 1, G. A. R. of St. Johnsbury. He is survived by a niece, Mrs. Mae F. Haviland of Newbury. The remains were brought to St. Johnsbury, Thursday.

Mentioned: Captain Nesmith stationed in Washington D.C. is either: