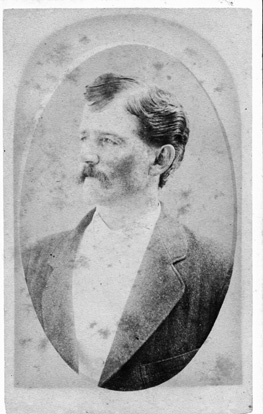 DEATH SUMMONS J. T. AINSWORTH
WAS VERY PROMINENT IN MASONIC CIRCLES
SUFFERED A STROKE OF PARALYSIS TWO YEARS AGO FROM WHICH
HE NEVER RECOVERED

Death visited Medina village last Monday at 10 o'clock and claimed a well known and highly respected citizen, J. T. Ainsworth. Mr. Ainsworth had been in feeble condition for two years or more, ever since he suffered a stroke of paralysis, but until last Friday had been able to set up in a chair, and take an active interest in life. Friday he suffered a sinking spell from which he never rallied.

Judah Troop Ainsworth was born in Milton, Vermont, Sept. 23, 1836, the son of Judah Troop Ainsworth and Arabelle Francis Prentiss. In Sept. 1840, the family moved to Medina, traveling by train and boat to Buffalo, from which point the journey was made overland. Arriving here the father purchased an immense quantity of land and was one of the wealthiest men in the community. Here Mr. Ainsworth obtained his grammar schooling and later attended Spencerian Business College in Cleveland, which education fitted him for an expert accountant.

At the age of manhood the deceased returned to his birthplace at Milton and here met Louesa Seeger, who, in January 1860, became his bride. The couple immediately returned to Medina and began housekeeping.

In March 1861, Mr. Ainsworth enlisted in Co. F., 6th Vermont Volunteer Infantry, where he served until Feb. 1862, receiving a promotion to 2d lieutenant shortly before his resignation. Leaving the army, he and his family moved to Cincinnati, where a position awaited him in the quartermaster's department of the army, which place he held until the close of the war.

Returning to Medina, Mr. Ainsworth, in 1873, purchased the store at Lafayette, now owned by Wm. Chapman, and conducted this business for three or four years, when he, together with his family, returned to Cleveland and became accountant for a large business concern, later taking up the life insurance business in which he was very successful, until three years ago, when failing health caused his retirement. In 1890 the family removed to Medina on account of Mrs. Ainsworth's health.

Deceased was prominent in Masonic circles, at the time of his death being a member of Cleveland City lodge, where his membership had been transferred during his residence in Cleveland. He had held the offices of high priest, secretary, master, and was thrice elected illustrious master of Cleveland council, No. 36. On Aug. 17, 1916, he was elected as the oldest Mason at the Medina Masonic Association and was presented with a cane.

Two children -- Carrie R. and Willard P. -- together with a widow -- two grandchildren, and two brothers--Daniel of Morristown, Arizona, and Avery H. of St. Johns, Kas., survive to mourn his departure. Another son, Willis died in infancy.

Funeral services were held from the home on Wednesday afternoon at 3:30 o'clock, Rev. Caulk of St. Paul's church officiating. Masonic services were conducted at the grave, and burial was made in Spring Grove Cemetery.