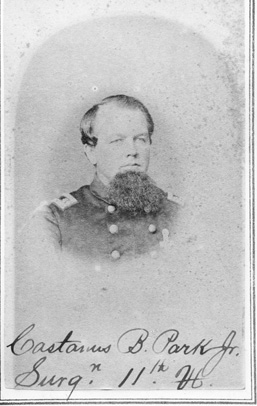 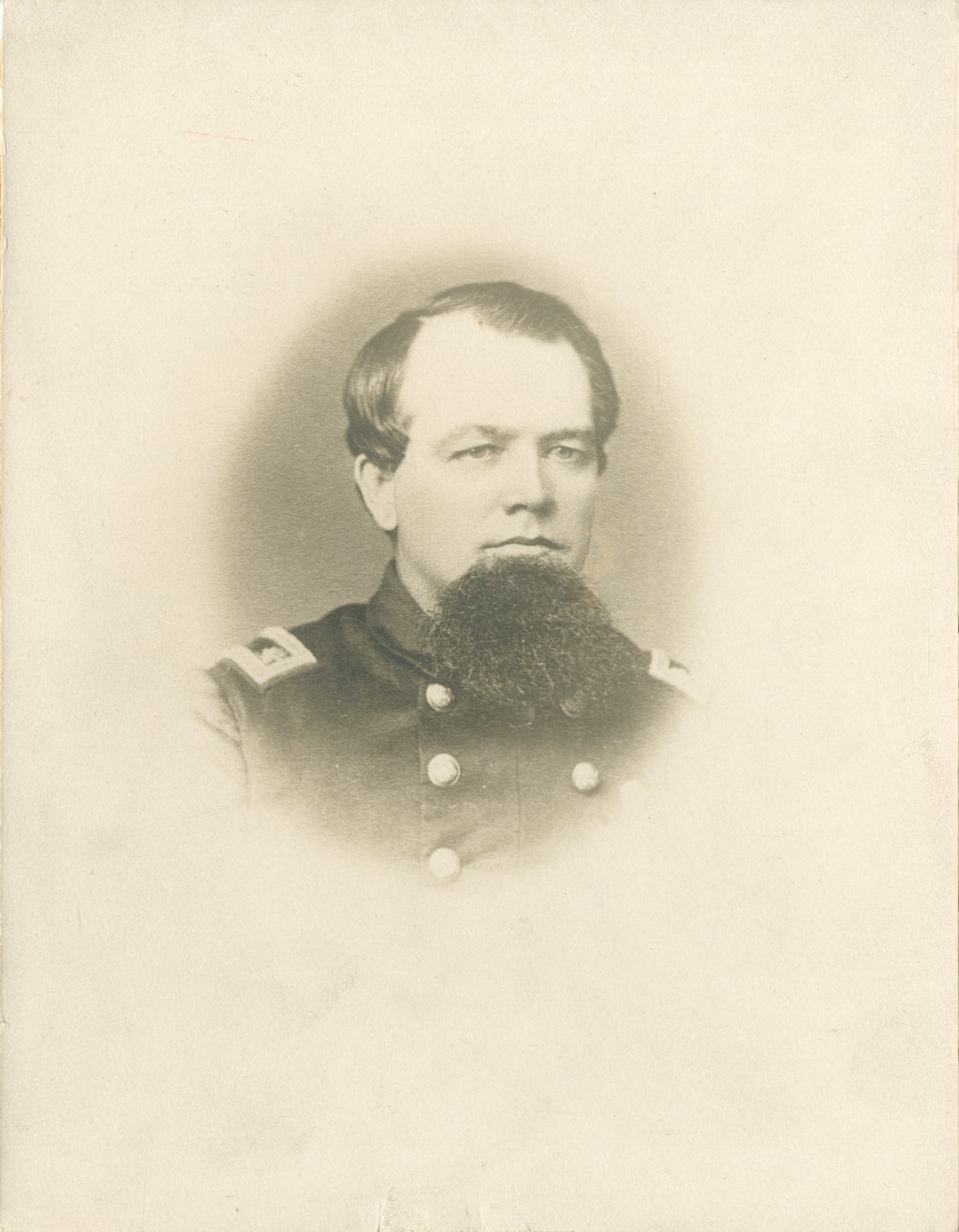 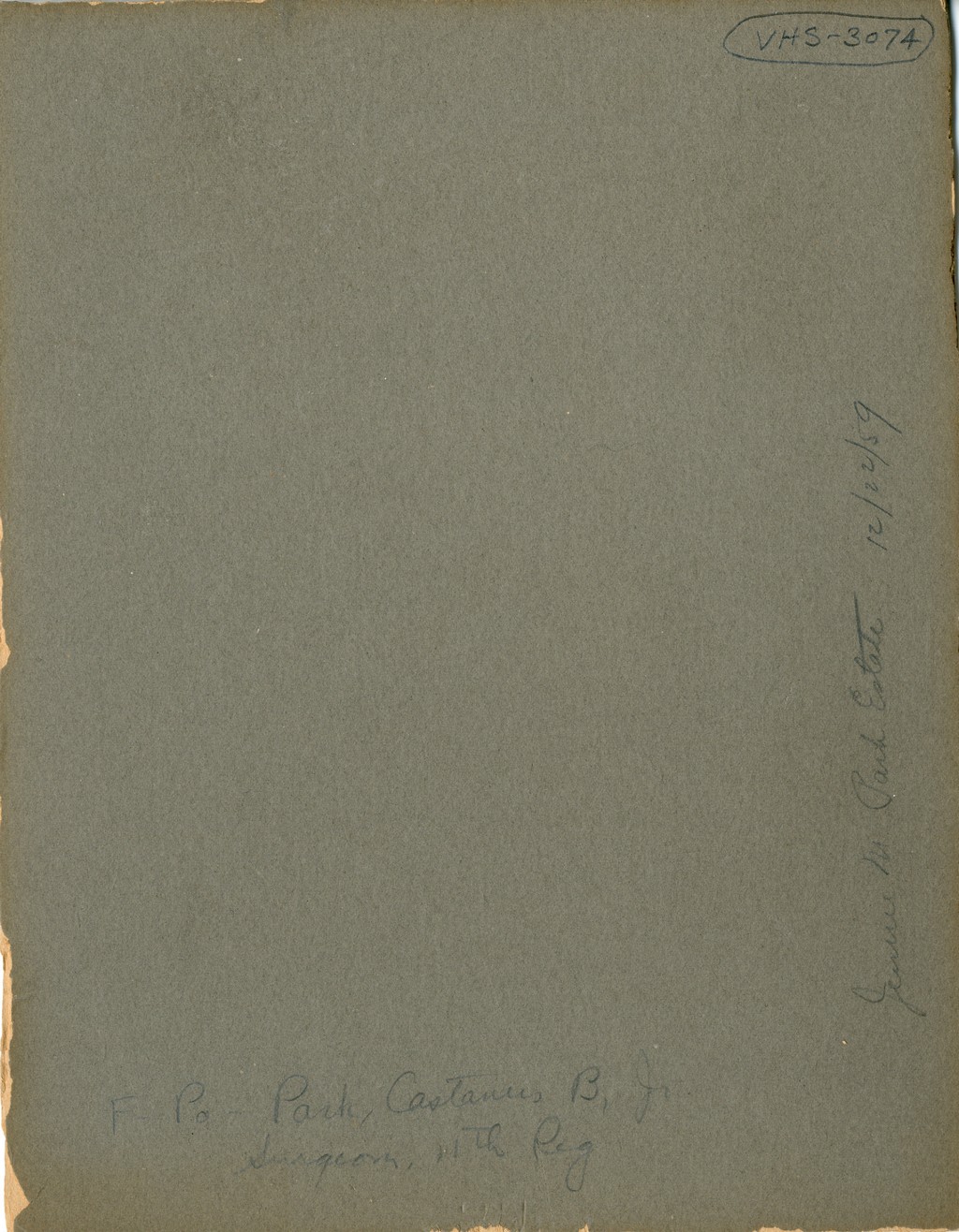 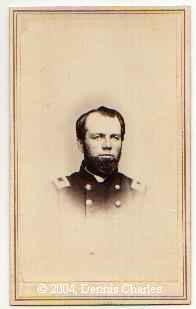 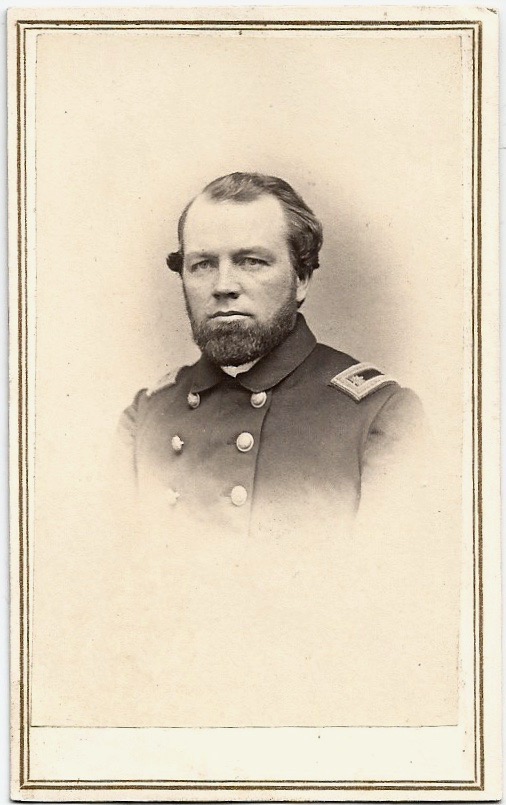 While in the later years of his life C. B. Park gave his attention to the brokerage business in Des Moines, various interests claimed his attention at different points in his career and in every connection he displayed those qualities which indicate genuine personal worth and a conformity to high standards. The regard of his friends so uniformly given him was therefore well-merited and all who knew him were glad to call him friend. His life is the story of New England thrift and business sagacity supplemented by western energy and enterprise. It is true he did not have the humble origin or experience the early privations of some men who have achieved success, but on the other hand, not one in a thousand who have enjoyed his modest advantages have turned them to such excellent account. 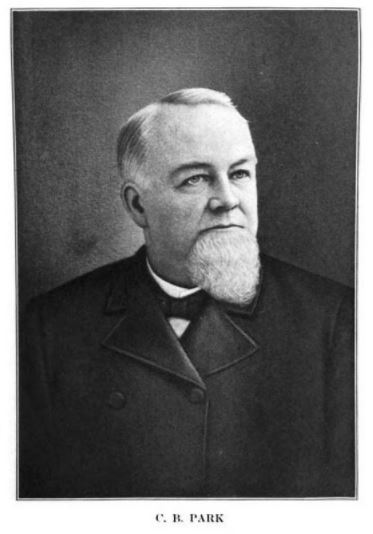 He was born in Grafton, Vermont, December 14, 1834, representing one of the old New England families. His great-grandfather was a soldier of the Continental army during the Revolutionary war and his grandfather was a pioneer settler of Vermont, removing to that state when it was almost covered with virgin forest. Previous to that day the family had been represented in Connecticut since the first of the name sought a home in the new world. The parents of Dr. Park were C. B. and Elzina (Tenney) Park, the former a farmer and merchant who wisely gave his son opportunity to indulge his love of education and study. He early gave manifestation of a literary taste and delved deep into the best writings of the day. He finally completed his literary education at Chester Academy in Vermont and then turned to the "learned professions" for a life work. Deciding upon the practice of medicine he pursued a course of reading in the office and under the direction of Dr. L. G. Whiting, of Chester, Vermont, while later Professor James H. Armsby, of Albany, New York, was his preceptor. When nineteen years of age he entered the Albany Medical College, pursuing three years of lectures there and still another course in the University of New York City, from which he was graduated with the class of 1856.

In the same year - on the 3d of July - Dr. Park was married to Miss Nancy D. Carlton, of Andover, Vermont, and on the succeeding day the young couple started for the west and spent one year at Darlington, Lafayette County, Wisconsin, but not being satisfied with that location proceeded to St. Ansgar, Mitchell County, Iowa. For four years Dr. Park was there engaged in practice, after which he returned to Vermont and followed his profession in Grafton until the year 1862. At that time he responded to the country's call for aid by joining the Union army as surgeon of the Sixteenth Vermont Infantry. He was on duty with that regiment for several months, after which, at the solicitation of Governor Holbrook, he accepted the position of surgeon of the Eleventh Vermont Heavy Artillery and so continued until he was mustered out. Aldace F. Walker, lieutenant colonel of the regiment, afterward published a volume entitled The Vermont Brigade in the Shenandoah Valley, in which he says: "Among all the faithful soldiers of the brigade the one who will longest be remembered with affection by the greatest number and with the greatest reason is Castanus B. Park, of the Eleventh Regiment, the brigade surgeon. As a worker Dr. Park was indefatigable and his skill was equal to the requirements of his position. Of all its medical staff the brigade were justly proud, the assistant surgeons, as well as the surgeons, being always found at their post and shrinking from no labor that might benefit their men on the march, in the camp or in battle. Their duties were often extremely arduous for in case of an engagement the work of the surgeons was just begun when ours was over. At and after the battle of Cedar Creek Dr. Park was at his table for forty-eight hours consecutively and during this campaign, it was his duty to perform all the capital operations required in the brigade. The number of amputations which he performed was exceedingly large, but he traced with care the after history of each patient and in no single instance did one fail of recovery. This fact speaks equally well for the physique of the men and the science of the Doctor." A manifestation of the regard entertained for Dr. Park by his comrades in arms is indicated by the following letter:

Townsend, Vt., Sept. 24, 1863.
Dr. C. B. Park,
Dear Sir :
Your visible connection with our regiment as its surgeon has ceased but the remembrance of your fidelity, energy and unceasing care will linger long in the hearts of its individual members. In the first place, you won our confidence by manifesting a skill in the art of healing which few possess; then by untiring diligence and continued watchfulness, you almost robbed disease of its terrors and death of its victims. But this is not all. Your whole intercourse with us was characterized by gentlemanly deportment and kindly consideration. Neither the annoyance of dealing with unpleasant subjects nor the necessary inconveniences of camp life induced neglect or sourness. In order to manifest our appreciation of your services, the accompanying silverware has been selected and I have the honor of presenting it to you in behalf of the enlisted men of the Sixteenth Vermont Regiment. Accept it not for its intrinsic worth but for the memories which cluster around it. Receive it as an expression of grateful remembrance from hearts which have been quickened to nobler emotions to the principles of freedom and humanity. I am,
Yours respectfully,
Lyman E. Knapp.

To this Dr. Park made reply as follows:

Grafton, Oct. 12, 1863.
Capt. L. E. Knapp,
Dear Sir:
I have received a very valuable present of silverware from you, in behalf of the enlisted men of the Sixteenth Vermont Regiment, and with it the above letter. In receiving a present from such men, at a time when my relations as their regimental surgeon had ceased, as a testimonial of my services rendered them during our campaign, fills my heart with gratitude which words are powerless to convey. Their patriotism, courage, and fidelity are too well known to the world to be mentioned here. If my duty was as well performed as theirs I am satisfied. In accepting the present, not for its intrinsic worth but as a monumental record of a regiment of brave and intelligent men who were willing to sacrifice the comforts of home and friends and, if need be, to sacrifice their lives in fighting for justice, freedom and constitutional liberty, I tender through you to the donors my sincere thanks. I am, Sir, yours truly,
C. B. Park, Jr.

When the country no longer needed his aid at the front Dr. Park resumed the practice of medicine in Vermont but in the spring of 1867 again sought a home in Iowa and at that date purchased one hundred and sixty acres of land near Grinnell in Poweshiek county. He then largely retired from the practice of his profession and gave his attention to agricultural interests. Two years later he removed to Grand Junction, the town being established in that year. He there erected a residence, established a lumberyard and later engaged in the hardware business. He also devoted a part of his attention to the improvement of a large farm of four hundred and twenty acres, on which he set out extensive and beautiful groves, and he was also one of the first in the state to engage in the raising of blooded cattle. He was very successful in his stock-raising, and his fine farm attracted the attention of all on account of the excellent taste he displayed in laying out the grounds surrounding his home, groves, and shrubbery all having the appearance of receiving the most careful and scientific attention.

In business affairs, Dr. Park displayed a keen discrimination and sound judgment, carrying forward to successful completion whatever he undertook. In time, therefore, he became the possessor of a handsome competence. While still engaged in farming and stock-raising he opened a bank in Grand Junction in partnership with his brother, B. A. Park, but was the active head and manager of the enterprise. Some time afterward he disposed of his farm and having purchased his brother's interest in the bank at the end of two years, he conducted it in his own name for a number of years, when he sold out to O. J. Dutton. Removing to Des Moines, Dr. Park engaged in the brokerage business, which claimed his attention up to the time of his death.

One of the most severe trials which came to him in all of his life was the death of his only son, William L., on the 14th of June, 1886. He passed away near Douglas, Wyoming, when twenty-five years of age. He had been afforded good educational opportunities and it seemed that a bright future was before him. The Doctor ever manifested the keenest concern in his welfare, in his interests and all that made up his life, and his demise was a crushing blow to the father and other members of the family. Another child had died in infancy, leaving Jennie May as the only surviving representative of the Park
family at the present time, for the father died in Des Moines, September 1, 1891, and the mother, after surviving him for about sixteen years, passed away on the 16th of November, 1907.

At his death, a local paper of Grand Junction said: "There was no citizen during the eighteen years Dr. Park lived in Grand Junction who was more highly esteemed. His advice was sought by all and his opinions respected. His influence was always good. He was a matter-of-fact man who was always candid and took a practical view of both public and private affairs. He was often honored by his neighbors and fellow citizens for his sterling worth and excellent business qualifications, being elected four times as member of the Greene county board of supervisors and serving three terms as chairman of that body. He lived a most exemplary life and in his home, surrounded by his family, he was most happy."

Dr. Park was a member of the Grand Army of the Republic and was ever interested in the welfare of his comrades. He has been spoken of as "the perfect husband and the perfect father." All who knew him recognized his loyalty and progressiveness in citizenship as well as his faithfulness in friendship. His life was upright and his nobility of character commended him to the highest regard of all who knew him. In politics, he was a Republican with Whig antecedents and in his fraternal relations was connected with the Masons.