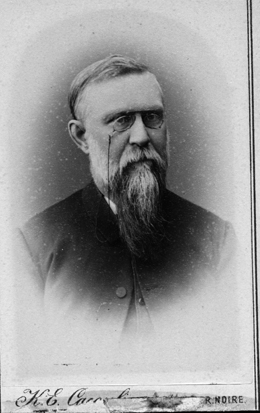 News has come of the death of Dr. Moses Payson Parmalee, the veteran missionary of the American Board in eastern Turkey, at the age of 68 years. He died at Beirut where he had gone from his station at Trebizond to undergo a critical surgical operation, Oct. 4, Dr. Parmalee was a native of Westford, a graduate of the University of Vermont, class of 1835, was principal of the academy in Johnson, studied for the ministry in Union seminary, and also studied medicine in preparation for his missionary work. He was ordained in 1861, served as chaplain of the Third Regiment of Vermont volunteers in the Civil War, and had been in Turkey since 1863, a most devoted missionary. He returned to the United States in 1882 in order to attend the celebration of the 100th birthday of his father, Rev. Dr. Simeon Parmalee, known and honored in Vermont and elsewhere as an earnest and estimable christian minister, who died at the age of 100 years and 10 days. Dr. Moses P.

Parmalee married in 1874, Miss Julia Parr of Thetford, who survives him, with five children. Two sons are in Oberlin college.