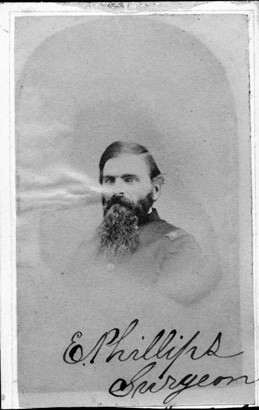 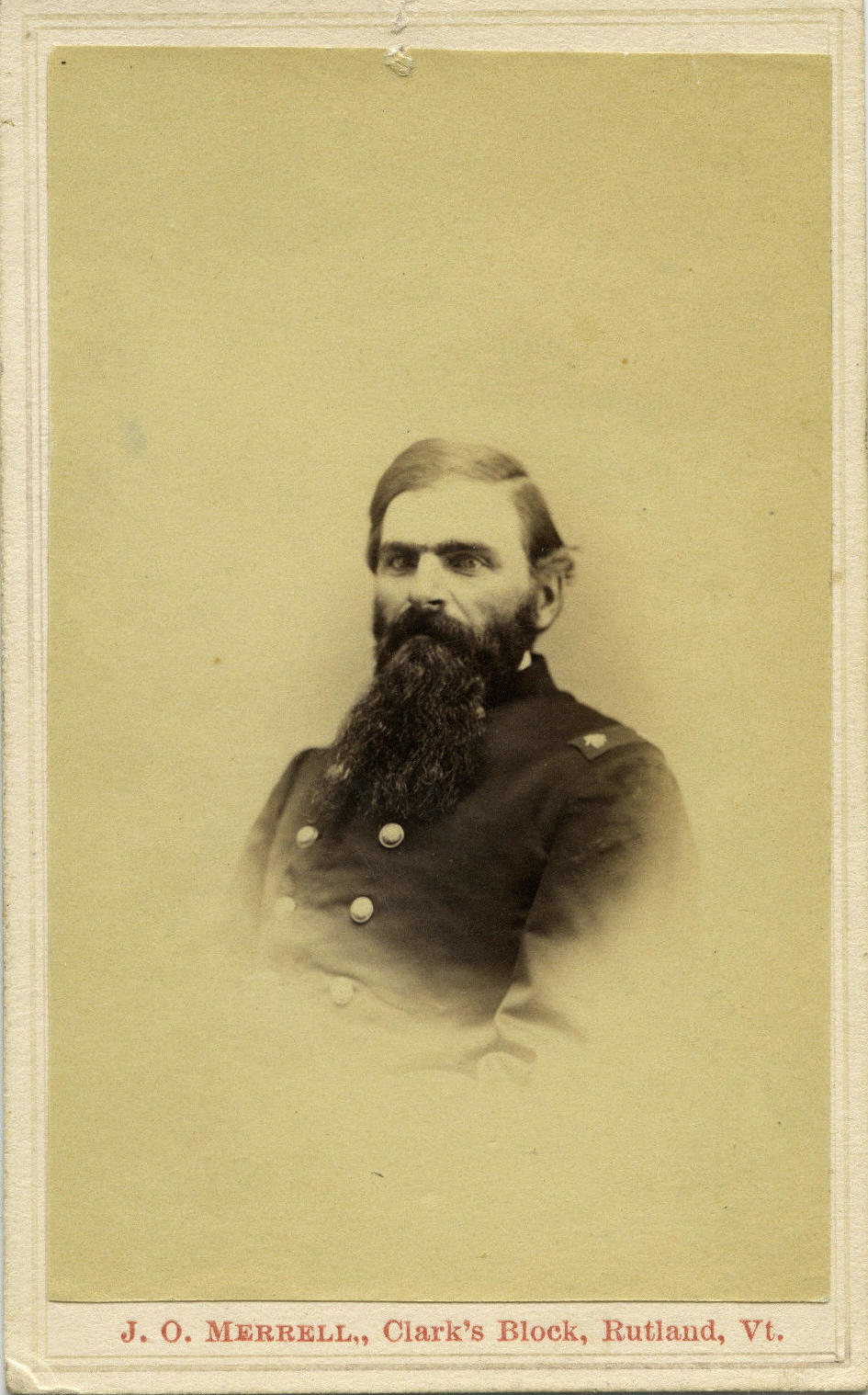 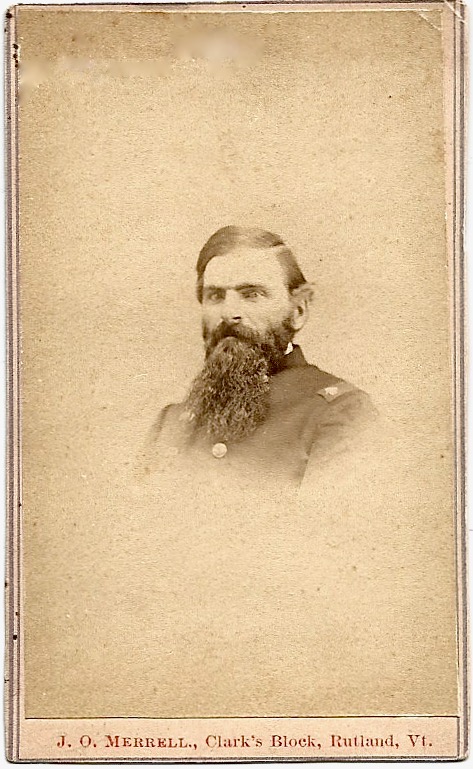 Transcript of a reply letter to Capt. Thomas B. Kennedy from the regimental surgeon while Kennedy was recuperating at home from a leg wound incurred at the Battle of Cedar Creek on Oct. 19, 1864, with the bullet remaining in his thigh. The regiment was encamped in winter quarters near Petersburg Virginia in preparation for spring assaults on Petersburg and Richmond which ultimately resulted in Lee's surrender at Appomattox.

Your very welcome letter of the 4th mail was received in due season after date and perused with much interest.

I am glad to learn that you are getting well with so little shortening of your leg and am in hopes that you will get up with a useful limb. [As regimental surgeon, it would have been the writer's decision not to operate on the leg, which decision probably saved Kennedy's life.]

Capt. Kinney who was wounded at the same time has returned to the Regt and reported for duty.

The Major called the line officers together a few nights since for the purpose of voting for someone for Major. A paper was circulated the next day for Capt. Sperry who received eight out of twelve; this gave him the majority. But yesterday some clamored that the case was not properly represented and withdrew their names, but I understand that the major is going to give them another trial, candidates Sperry and Bushnal (sic). Sperry will doubtless get it whether he receives the majority or not at the 2nd ballot.

We regret very much that you are not here to take a part in electing a major for the gallant old 6th Vermont, or what would be quite as satisfactory kept still while others voted.

Please excuse my brevity as I have not time to write any more at present.

The officers all send their best regards. Your Company is tough and rugged except Corp. Gould who has been unwell for a few days. Hoping to hear from you when you get a little leisure and will bid you good night.

Capt. (later Major) Edwin R. Kinney (Burlington), Co. G. At the battle of Cedar Creek, the regiment was commanded by Capt. Kinney until he was wounded, at which time Capt. Sperry took command. Kinney had previously been wounded on 4/16/62 at Lee's Mill, the regiment's first engagement.
"The Major" who called for election of his replacement was Sumner H. Lincoln (Hartford VT), who was being promoted to Lt. Colonel.
Capt. William J. Sperry (Cavendish), Co. C. As predicted by the writer of the letter, Sperry was selected for promotion to Major. He was later awarded the Congressional Medal of Honor for his services in the assault on Petersburg.
Capt. Henry N. Bushnell (Waitsfield), Co. H.
Edwin Phillips (Tinmouth VT) volunteered as a private, but became regimental surgeon in 1863.
The "unwell" corporal was Enos M. Gould (Ludlow), Co. E, which had been combined into Co. K.

Dr. Edwin Phillips, for more than 40 years a practicing physician in Minneapolis and surgeon of Morgan Post No. 4, G. A. R., died Wednesday at St. Barnabas hospital after a four months' illness. Dr. Phillips was a bachelor and lived and practiced in an office at 225 Medical block for a number of years. Shortly after becoming ill he was taken to the home of his sister, Mrs. N. Walker, in Rutland, Vt., accompanied by A. F. Kenyon, 2121 Blaisdell avenue, who has been a lifelong friend. He returned a few weeks ago and had been at the hospital since. Dr. Phillips joined Morgan post in 1884. He had come to Minneapolis in 1871. He was known to hundreds of Grand Army men. Dr. Phillips was born in Tinsmouth, Vt., Oct. 9, 1833, and served as a private and surgeon in Company G. Sixth Vermont volunteer infantry, stationed on the Potomac. Funeral arrangements were left in the hands of his niece, Mrs. Minnie Wilcox of Abilene, Kan., who is in the city, and to Morgan Post.