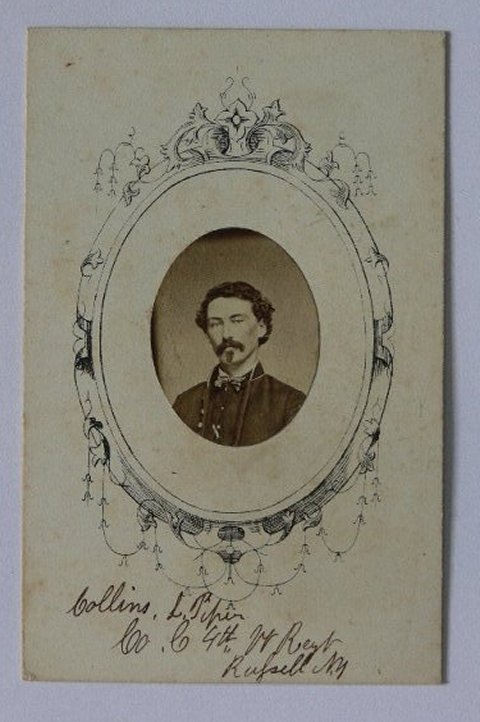 Collins Leonard Piper, aged 76 years, a prominent member of the Knights of Honor and Masonic fraternities, and one of Brattleboro's town officers, died Saturday night of pernicious anemia and a complication of diseases. He had been in failing health three years, but he remained at work until last autumn and was confined to his bed only about a week.

Mr. Piper was born in Ludlow, December 1, 1838, and was one of six children of Leonard B. and Elvira (Warren) Piper. He was a veteran of the Civil War, having enlisted in Company C, 4th Vt. Regt., and served as corporal through the campaign of the Wilderness. After a year of service he was sent to the military hospital in Brattleboro as an invalid. After his recovery he was placed on the veteran reserve corps and remained at the hospital as clerk, finishing his three year term of enlistment. On leaving the army he worked for the Estey Organ Co. In 1865 he married Fannie Simonds of Brattleboro She died in 1908. In that year Mr. Piper and Fred Simonds went into the grocery business.