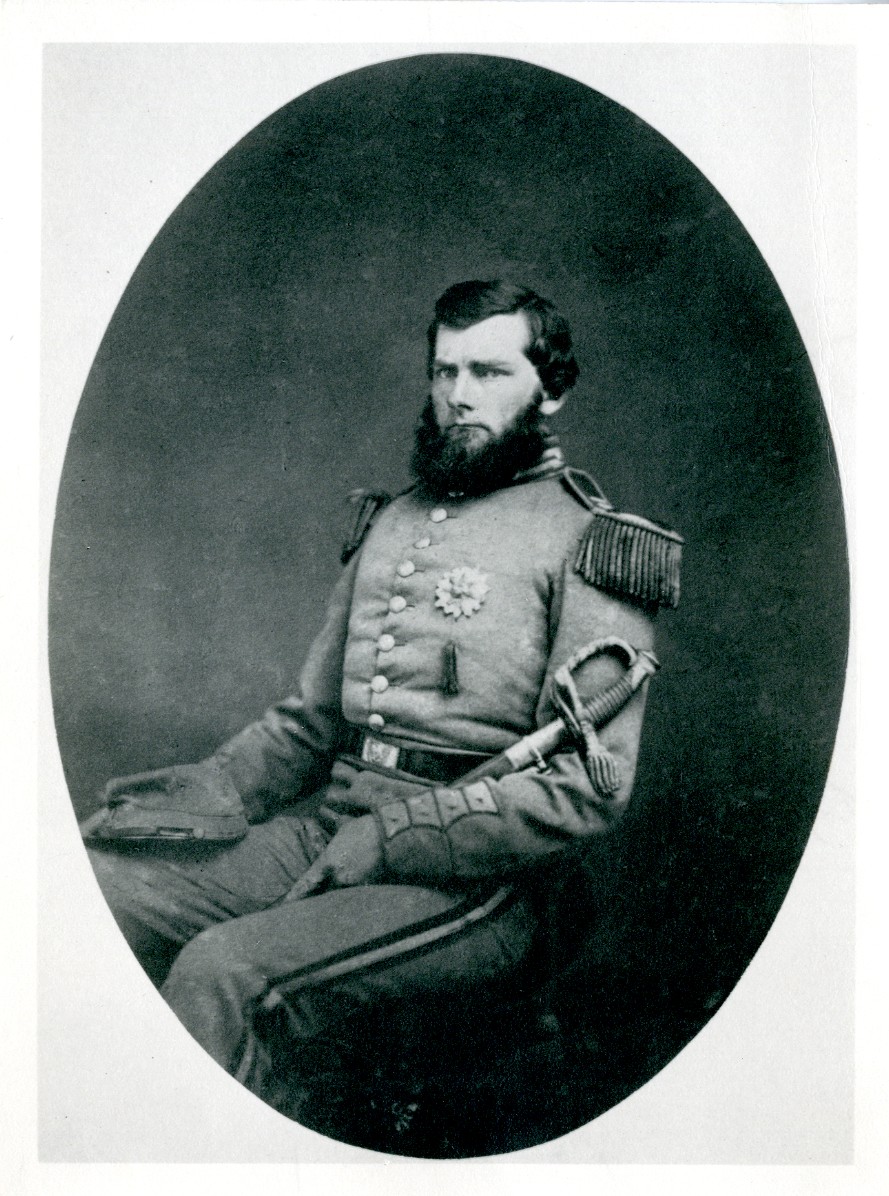 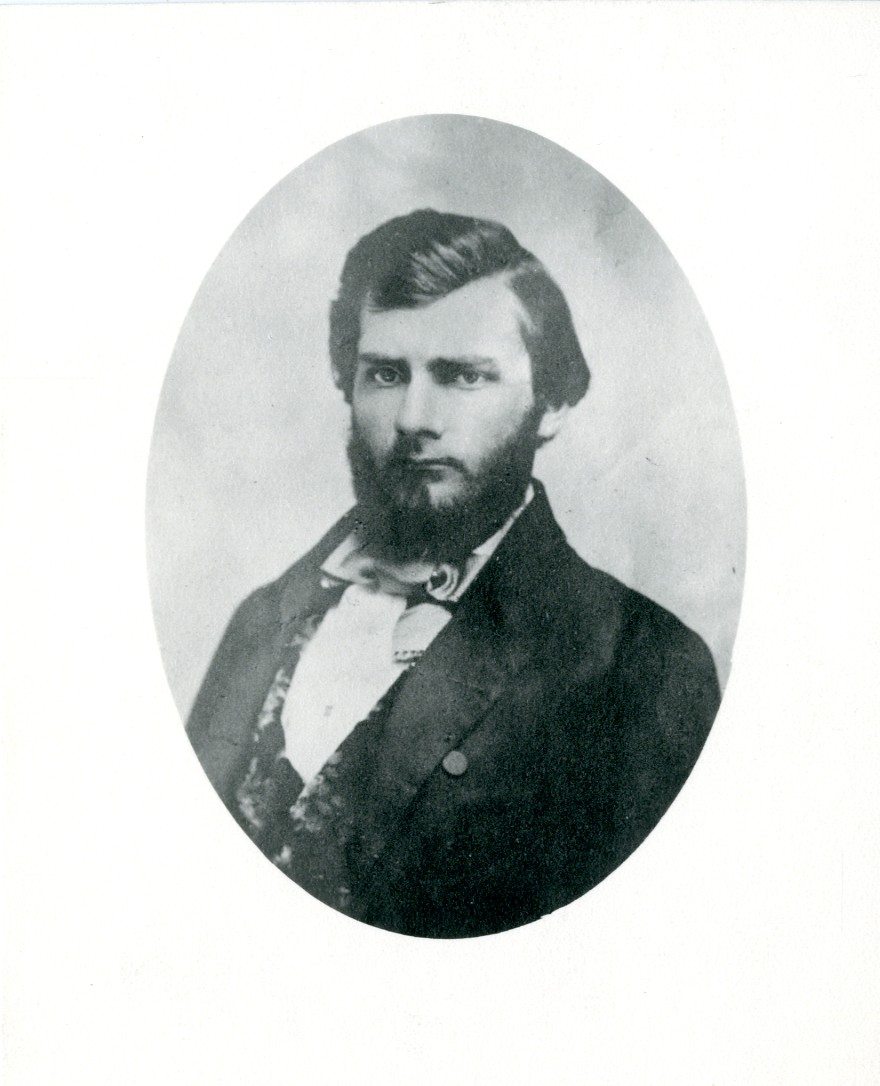 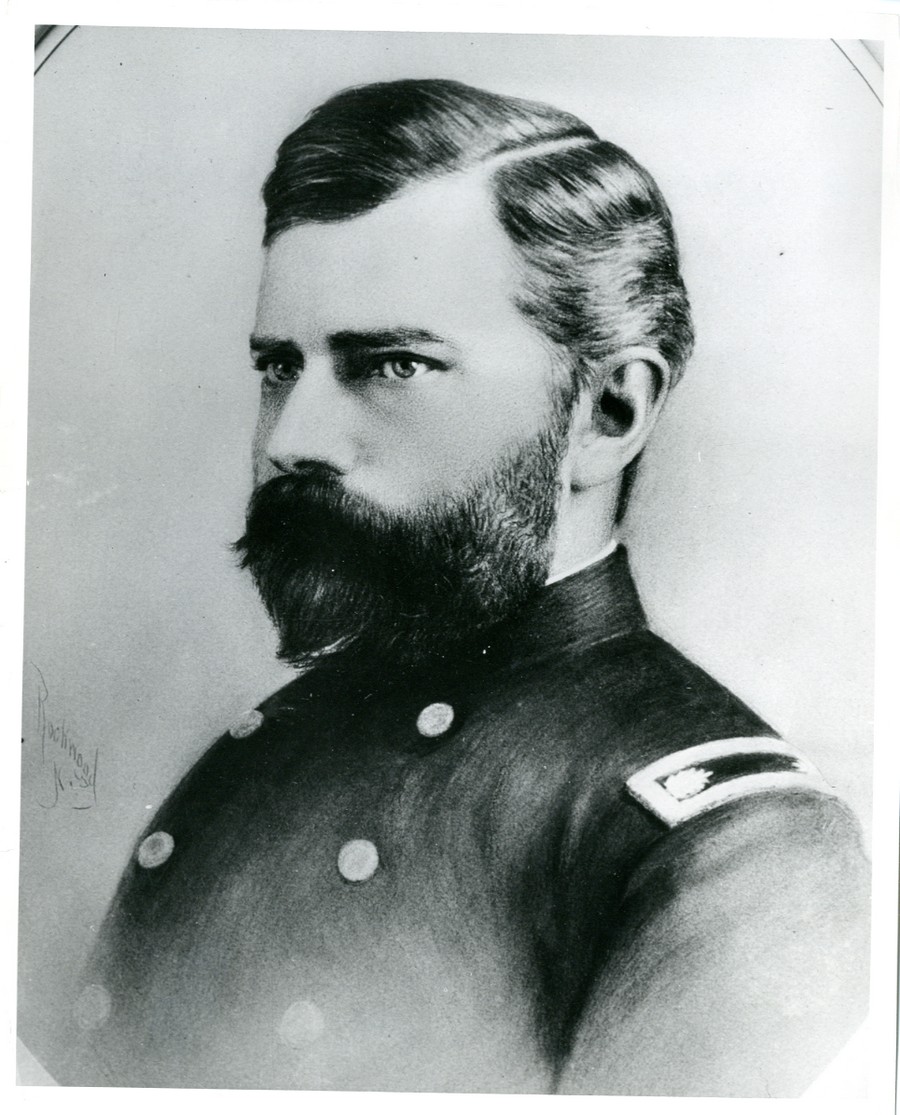 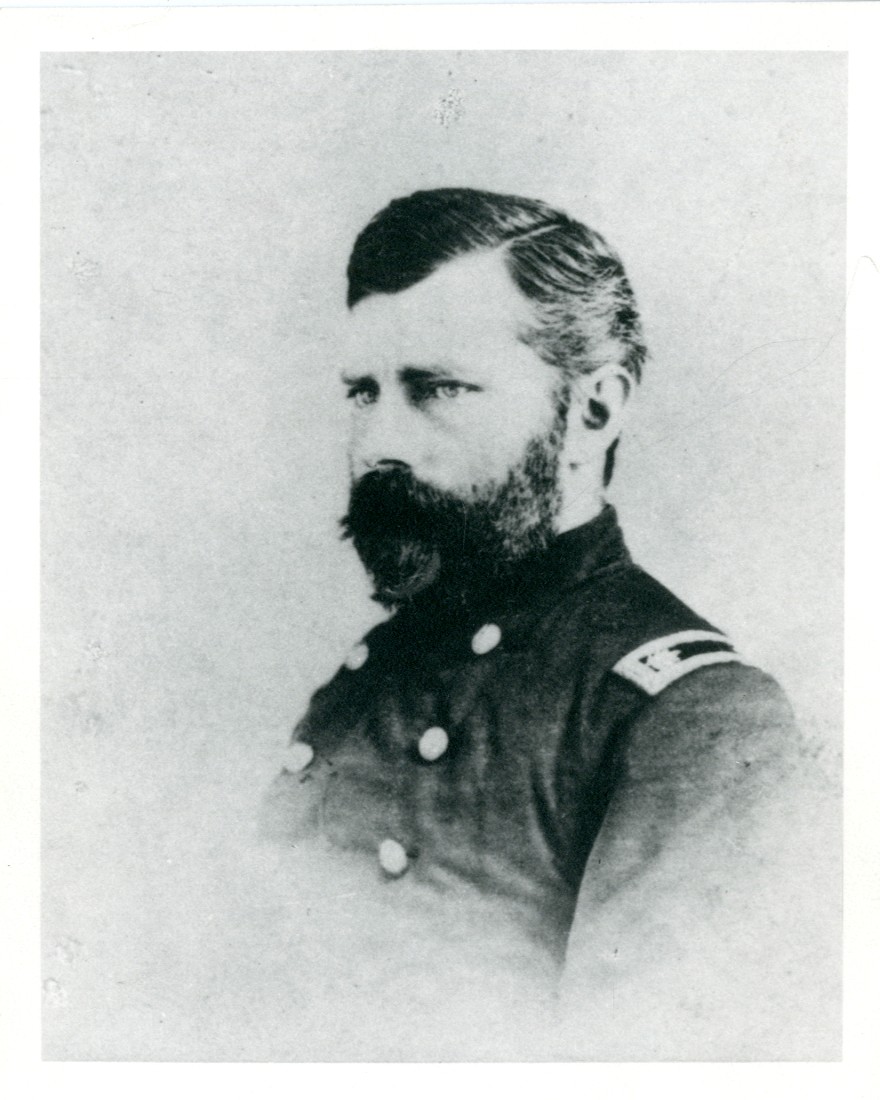 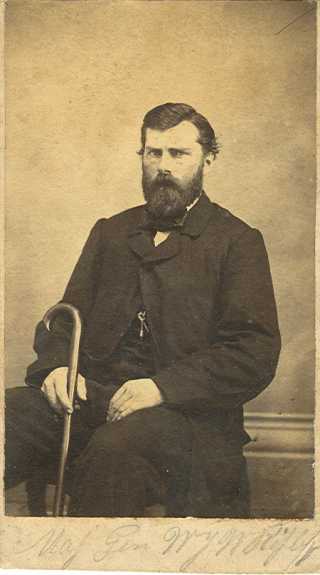 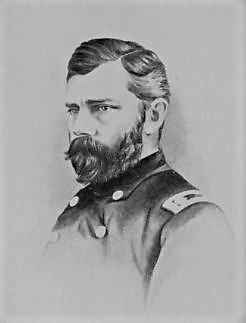 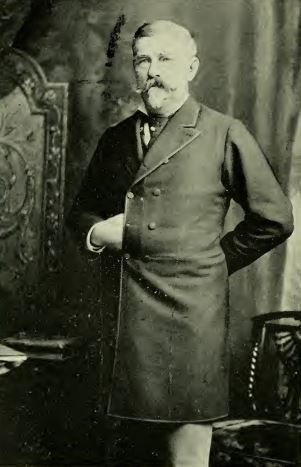 GEN. WM. Y. W. RIPLEY. Lieut. Col. Ripley of the 1st U. S. Sharpshooters was born in Middlebury, slate of Vermont. December 31, 1832 and was therefore 29 years old at the period of which I write. In l837 his father removed to Rutland, Vt., which has ever since been Gen. Ripley's home. In 1857 he took an active interest in the reorganization of the National Guard of Vermont, then in a sad state of decadence, and was commissioned a First Lieutenant in the same, and shortly after promoted to Captain. When President Lincoln issued his call for 75,000 troops to serve three months, Capt. Ripley's company was one of ten selected from the various regiments and consolidated into one to be called the First Vermont Volunteers. He served with his regiment at Fortress Monroe, and was present with them at an armed movement of troops into Virginia on May 23, 1861, which was the first reconnaissance of Union troops on rebel soil the movement of Ellsworth into Alexandria taking place the next day. Capt. Ripley commanded the first detachment of troops to throw up intrenchments in Virginia at Newport News, on May 27, 1861. Was present with his company at Great Bethel in the engagement of June 10th, and was mustered out with his regiment August 15th. Immediately after his return to civil life he was offered in succession the Lieut. Colonelcy of the First Vermont Cavalry, a Lieutenant Colonelcy in the Regular Army, his choice of various field positions in the infantry regiments then forming in his native state, and the Lieut. Colonelcy of the First United States Sharpshooters. This last suited his inclinations best of all, as he was himself a notably good shot with the rifle, and a firm believer in the efficacy of his favorite weapon in the hands of skillful men. He therefore accepted this appointment, joined the regiment at Camp of Instruction in November 1861, succeeding Col. Mears as Instructor as stated in the history, and which position he retained until we broke camp in March, 1862. Col. Ripley was present at all the battles in which the regimental organization took part on the Peninsula Campaign, as I have described in their proper order, down to the closing hour of the battle of Malvern Hill when he fell severely wounded; and when the army retired from that victorious field, Col. Ripley was left behind at the field hospital, but was brought off by a few devoted members at great personal risk, who hearing he had been left behind, returned to his rescue, and safely conveyed him to Harrison's Landing. He was next appointed by the Governor of Vermont to be Colonel of the Tenth Vermont Vols, then organizing and was discharged to accept this position. His wound, however, proved so serious that he was kept on crutches for nearly two years and was unable to assume the active duties of the position. While yet an invalid from his wounds, the State of Vermont, influenced partly by the hostile attitude of England, whose Canadian provinces lie adjacent to Vermont on the north, and partly by the desire to be fully prepared for whatever might happen to our armies in the field, commissioned Col. Ripley a Major General of Volunteers, and authorized him to raise ten regiments of infantry, one of cavalry and two battalions of artillery. Under this authority he raised, armed, completely equipped and thoroughly drilled a force of 10,000 men, who could have been assembled, thoroughly prepared for the field, in twelve hours. Happily, however, their services were never required either for offense or defense, and on the closing of the war, no occasion remaining for the maintenance of so large a body of troops, they were disbanded, and General Ripley retired to private life. Since that time he has been extensively engaged in business in Vermont until 1887 when he retired from active business life, but yet retains the position of President of the Rutland County National Bank in Rutland, where he resides. His affection for the survivors of his gallant regiments is unabated, and none are more welcome visitors than those who can say: " I belonged to the First Sharpshooters."

Rutland, Dec. 16. - Gen. W.Y.W. Ripley, of this city, died suddenly of heart trouble at his home about 4:30 o'clock this morning. He was in his usual health last week.

General Ripley is survived by a wife, one son, Thomas Ripley, of the state of Washington, one daughter, Mrs. John C. Pease, of Boston, a brother, Edmund Ripley, of New York City, and two sisters, Mrs. Charles parker, of Vergennes, and Miss Julia C. R. Dorr, of this city, the famous Vermont poet.

William Young Warren Ripley was born in Middlebury December 31, 1832. He was educated at the Troy Conference Academy, Poultney, and at Lima Institute, Lima, N.Y. He entered the United States military service as captain of Co. K, 1st Vt. Vols., May 8, 1861, under the first call of President Lincoln for 75,000 troops, serving until the expiration of the regiment's term of service. In the following autumn he joined the 1st Regt. U.S. Sharpshooters, and was commissioned lieutenant-colonel of the regiment November 29, 1861, serving with his command with distinguished gallantry until he fell seriously wounded at the battle of Malvern hill. This ended a brilliant military career, for although many times tendered promotion and important commands, disability caused by wounds received in action compelled him to decline all. He was commissioned by Gov. Frederick Holbrook, in August, 1862, colonel of the 10th Vt. Vols. In 1864 he was commissioned major-general of the Vermont state militia, which position he held until the policy of the state in regard to its militia was changed. In 1868 he was a district delegate to the Republican national convention. He was elected mayor of this city in 1899. For many years he was engaged in the marble business undr the firm name of Ripley Sons. The business was sold to the Vermont Marble Co. in 1889. He had been a director of the Rutland County National Bank since 1867 and president since 1875, when he was selected to succeed his father.