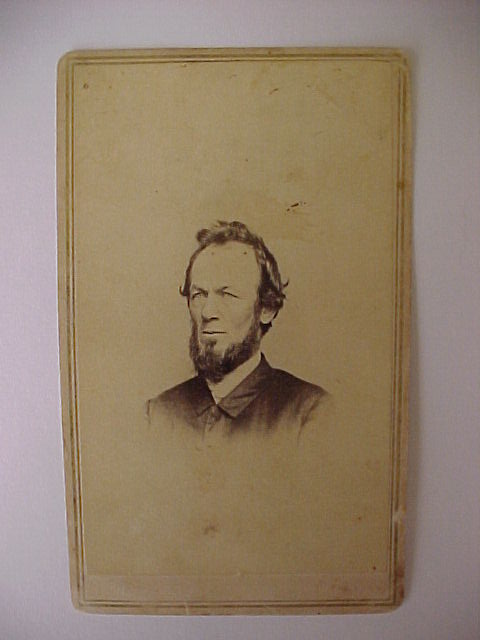 FROM THE FOURTH REGIMENT

TO THE EDITOR OF The Caledonian,

We are now in front of the enemy's strong works, some eight or ten miles from Richmond, and propose to maintain our position until a favorable chance is presented to flank, and over-power the enemy.

The fight commenced here June 1st. Several charges have been made on both sides, but each army occupy, as nearly as I can judge, the position first chosen. And our losses although not heavy, are perhaps nearly equal.

Sharpshooting is now the order of the day, and we are having men brought in every hour.

J.A. Woodbury, Co. I, 4th Vt., from Irasburg, has just been brought in wounded through the shoulder. I think he cannot live, as the ball has lodged in his body. The 3d, 6th, and 4th Regts have suffered most here.

I left Fredericksburg one week ago Friday last; the scene there witnessed was appalling, but our heroic men suffered uncomplainingly. We were happy to find on the ground at an early date, Gov. Smith, Hons. Portus Baxter, and Woodbridge, together with several citizens, and surgeons from Vermont, whose service was invaluable to the poor suffering soldiers.

I should do injustice not to speak of Mr. Baxter, who remained with us longer, than his comrades; he not only comforted the poor, wounded, suffering soldiers by kind words, but raised their sinking heads and administered the cup of "cold water", which, in the eyey of the Saviour is the smallest act of kindness that can be rendered to a fellow sufferer, yet not to small to meet the approval of the Master; but he assisted to conveying to Washington helpless ones, and rendered great service in procuring transportation for baggage, when none of us could, and when leaving, exhausted with labors and from broken sleep, he left, with the writer, a sum to be distributed, at his discretion for the suffering sons of the Green Mountain State. May God bless him for his self-sacrificing deeds, and pay him a hundred fold.

Among the citizen surgeons who were present, we learned the names of Drs. Newell and Browne of St. Johnsbury. Dr. Newell exhibited a fathers care over suffering ones, and his good deeds will long be remembered. Dr. Browne performed skillfully some surgical operations, besides making his ward of fifty or more what is was not when he entered, clean and commodious.

Other excellent men were there from Vermont; but I am writing under fire, without rest for my arm or paper, and must close.

"Roberts, John L., a minister of the Methodist Episcopal Church, was born at Strafford, Vt., March 18, 1818. He was converted and united with the Church in 1845, joining the Vermont Conference in 1849. In this conference he continued to labor until October, 1862, when he became chaplain of the Fourth Regiment Vermont Volunteers. In 1866 he took a supernumerary relation to the Troy Conference, and took up his residence in Washington, D. C., filling several important government offices. He died at Ocean Grove, N.J., June 24, 1873. See Minutes of Annual Conferences, 1874, p. 70."
McClintok and Strong Biblical Cyclopedia

Note: Ocean Grove, NJ is the site of a Christian seaside community for summer worship and relaxation started in 1869 by Methodist ministers. (Wikipedia).