By 1860, the family had moved to Bethlehem, N.H.; Marcus was a day laborer, and they had added Cephas, Oscar, Caroline and Thadeus to their growing family.

He was credited to Littleton, N.H. when he enlisted 12 Aug 1862, mustering in as a corporal in Co. D, 13th N.H. Infantry. He was wounded at the battle of Fredericksburg on 13 Dec 1862, and lost his right leg; he was discharged for wounds on 8 June 1864 at David's Island, New York. Taylor's wounds were such that he was deemed not fit for duty in the Veteran Reserve Corps by Assistant Surgeon Warren Webster (as noted on the back of his discharge papers, see below).

Taylor's discharge papers (obverse and reverse). Click on image below to see a larger version. 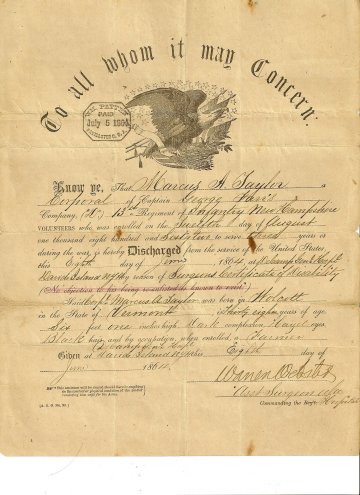 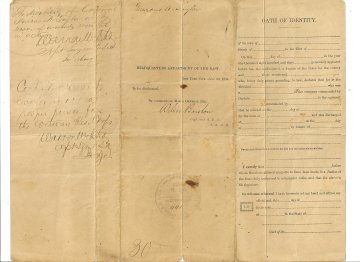