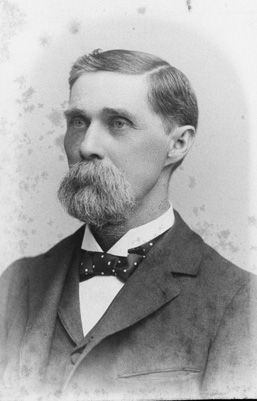 Charles Albro, a former resident and a brother of the late George Albro of Bennington, died at his home in Glens Falls Wednesday evening at 6:40. The funeral will be held Friday afternoon at 2 o'clock and the interment will be in the cemetery at Old Bennington Saturday morning at 11 o'clock. The deceased has many relatives and friends in town.

The remains of the late Lieut. Charles Albro, who died at his home at Glens Falls Wednesday, were brought here today for burial at the Old Bennington cemetery. He was a former resident of Bennington and a brother of the late George Albro of this village.

August 27, 1862, he was commissioned second lieutenant of company A, 14th Vermont volunteers, and with his company took part in the battle of Gettysburg the following July, the only important engagement in which the regiment was engaged.

Lieut. Albro was made a Mason at an earlier date than any living member of the Mount Anthony lodge.

Two daughters and two grandsons accompanied the remains from Glens Falls this forenoon. Because of prostration over the death of her husband, the widow was unable to make the journey.