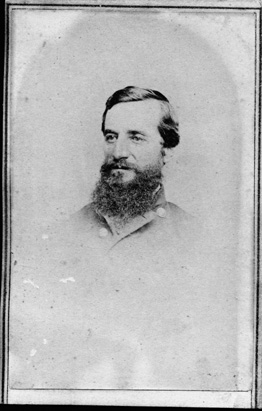 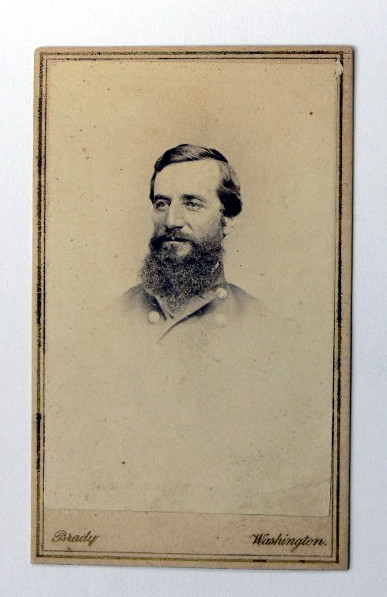 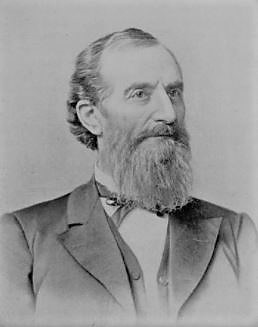 Rutherford, Joseph C., of Newport, son of Alexander and Sally (Clifford) Rutherford, was born at Schenectady, N. Y., Oct. 1, 1818. His parents came to Vermont in 1826, and settled at Burlington in 1830. It was in the high schools at Burlington he received the principal share of his education. At the age of twenty years he started out in the world for himself. He early expressed the desire to study medicine, but his circumstances were such that he was unable to do so until 1842, when he entered the office of Dr. Newell, then of Lyndon and afterwards of St. Johnsbury.
In May, 1843, he located at Derby, and in December of that year was married to Hannah W., daughter of Hon. Jacob Chase. Of this union were five children, three of whom are still living: Dr. Jacob C. of Providence, R. I., Mrs. John S. Colby of Chicago, and Mrs. George S. Woodward of Chicago.
In 1844 he resumed the study of medicine in the office of Dr. Moses F. Colby, Stanstead, P. Q., and graduated at Woodstock in 1849. In 1851 he went to Blackstone, Mass. In 1857 he returned to Derby, from where he removed to Newport in 1860, which place has been his home since that time.
At the breaking out of the war of the rebellion in 1861, he was commissioned surgeon by Governor Fairbanks, and examined recruits for enlistment. He held this position until commissioned by Governor Holbrook as assistant surgeon of the 10th Vt. Vols. Mustered into the U. S. service, he immediately started for the front, where the regiment was assigned to duty in the defences of Washington, D. C., and was stationed near Edwards Ferry, Md. The regiment remained here and in this vicinity about nine months. When the army of the Potomac was ordered to Gettysburg, Pa., the 10th Vt. was sent to Monocacy Station, Md., to guard the rear of the army and the supplies. After the battle of Gettysburg, the 10th Vt., joined the army of the Potomac, and was enrolled in the 3d division 3d army corps. His first experience on the battlefield was Nov. 26, 1863, at Locust Grove, Va., where he received an injury that nearly cost him his life, and which resulted in a broken constitution and a crippled frame. Notwithstanding its serious character, he remained at the post of duty, and was in every battle in which his regiment participated, until near the close of the war. In March, 1865, he was promoted to be surgeon of the 17th Vt. Vols., which regiment had but one battle after he joined it, that of Petersburg, April 2, 1865. He was mustered out of the U. S. service with the 17th Vt. Vols. in July 1865, after having served within a few days of three years. His relations with the two regiments were, and with their survivors have been to the present time, of a very pleasant character. He won the respect and esteem of both officers and men, and the ties of friendship that were there cemented with blood and hardship, have become stronger and stronger as time has silvered the locks of the surviving comrades. And today, nearly thirty years after the war, his comrades speak of Surgeon Rutherford with deep feelings of gratitude and respect.
Directly after being mustered out of the service he returned to his home in Newport, where he has since resided, and resumed the practice of medicine in civil life. In 1866 he was commissioned examining surgeon for pensions, which place he has held to the present time, 1893.
He joined the Independent Order of Odd Fellows in 1844, was made a Free Mason in 1866, and has taken all the degrees up to and including that of the Knight Templar.
At an early day the doctor took a deep interest in the anti-slavery cause, and was a delegate to the first convention held by that faction in Vermont. His first vote for president was cast for William Henry Harrison, and when the Republican party was organized he joined it, and has voted with it ever since. In 1880 he was chosen by the Legislature a supervisor of the insane, which office he held for two years.
After a busy life of hardship and toil for the relief of the sufferings of others, he has retired from the active practice of his profession, and is now living in his quiet and pleasant home in the peaceful enjoyment of the fruits of his labors. His kindness to the poor and destitute is limited only by his means, and he is ever ready by kindly words and deeds to cheer and solace the woes he cannot altogether heal.

After an extended illness from heart trouble, Dr. Joseph C. Rutherford, the veteran surgeon, was summoned to his final reunion in the great army of the spirit land, October 21st, at the advance age of 84 years and 21 days. He was born in Schenectady, N. Y., in 1818. He came to Burlington in 1830, in which place and Woodstock he obtained his education. He began the study of medicine with Dr. Newell of Lyndon at the age of 24. He came top Newport in 1860, where he has since resided. He was surgeon in the war of '61, serving three years. He was prominent in fraternal organizations having been a Mason thirty-nine years and an Odd Fellow nearly three-score years. He has always been one of the staunchest friends of the local militia organizations, attending all its public functions, and was an honorary member of Co. L, who now mourn him as they would one of their enlisted officers. He was always ready with a cordial greeting to all and his genial countenances was an inspiration of good cheer to many. The large and impressive funeral services at the Congregational church Thursday afternoon attested stronger than words the affection felt for another departed hero of the war. Four fraternal organizations were in the funeral march, viz., Malta Commandery, Knights Templars; Memphremagog Lodge, F. & A. M.; Baxter Post, and Co. L, V. N. G. The Commandery funeral rites were observed, Private W. M. Johnson of Barton officiating, impressively assisted by the Rines brothers in a long service. Eulogistic remarks were made by Rev. A. F. McGregor, pastor of the Congregational church. The floral tributes were especially profuse and beautiful. The interment was at the West Derby cemetery. The surviving relatives are: a son, Dr. Jacob Rutherford of Providence, R. I.; two daughters, Mrs. K. Woodward of Missouri and Mrs. Helen Colby of Newport; and four grandchildren, Ruth, Enoch, and Joseph Colby and Helen Woodward.