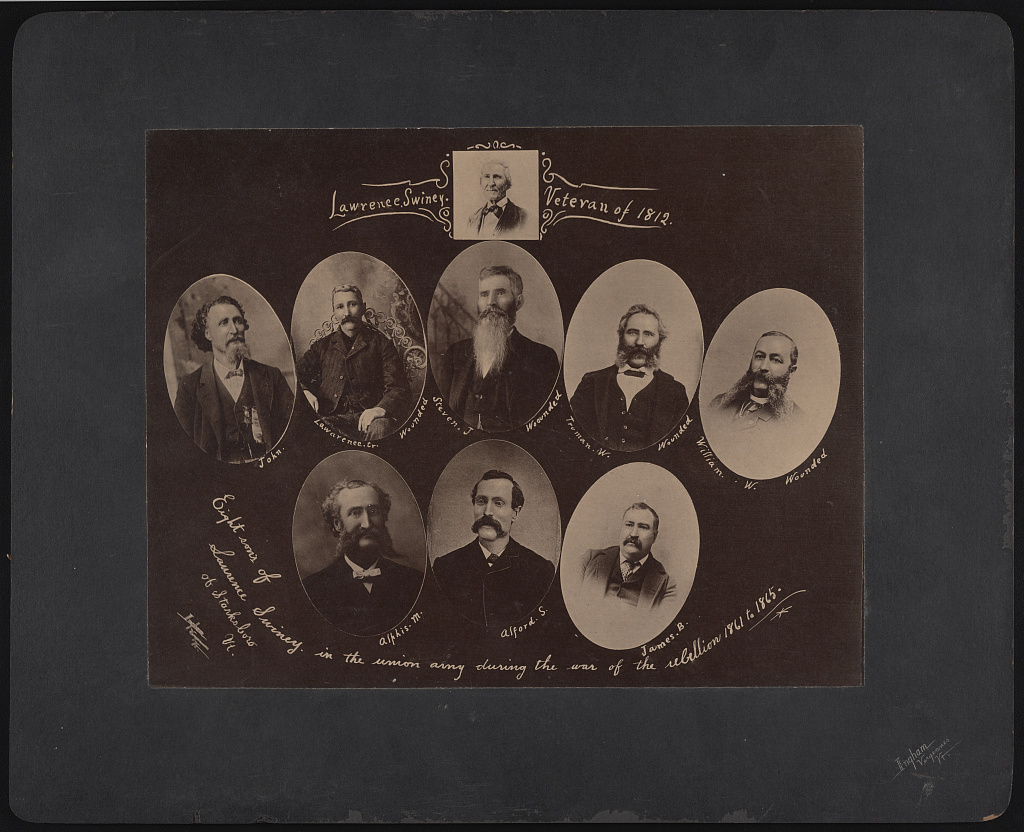 Swiney, William Wallace, Vergennes. Commercial traveler. born Ferrisburg, Oct. 20, 1843; son of Lawrence and Harriet Swiney. Educated in the public schools. In 1868 married Charlotte S. Vernol of Vergennes. Engaged in farming previous to 1861, when he learned the cabinet maker's trade with J. N. Hanley at Vergennes; later moved to Vineland, N. J.; enlisting in Co. B, 36th New Jersey Regiment in 1864; promoted to sergeant and 1st lieutenant; brevetted captain of Co. B; was in all the battles about Petersburg, Va.; wounded at Five Forks, April, 1865, and at Sutherland Station, April 2, 1865; discharged from service Aug. 30, 1867; was one of a family of eight sons who were in the Union army during the Civil War. Returned to Vergennes in 1867 and engaged in the manufacture of furniture; inventor of the rotary sandpapering machine and door planer now in general use; employed as a commercial traveler since 1882. A Republican; selectman and over-seer of the poor in Middlebury six years; deputy sheriff of Addison County 14 years. Member Dorchester Lodge No. 1, F. & A. M., of Vergennes; Jerusalem Chapter No. 2, R. A. M.; Mt. Calvary Commandery, K. T., and the Independent Order of Odd Fellows.

See also A family with a Most Remarkable War Record.

[Webmaster's note: The cemetery listing for Prospect Cemetery in Vergennes has William Sweeney buried in the same plot as his wife (LKS) and Clarence Wyman (CLW). There are four people on the big stone and only 3 foot-stones, and six people are supposed to be buried there. Nothing showing except the G.A.R. marker.