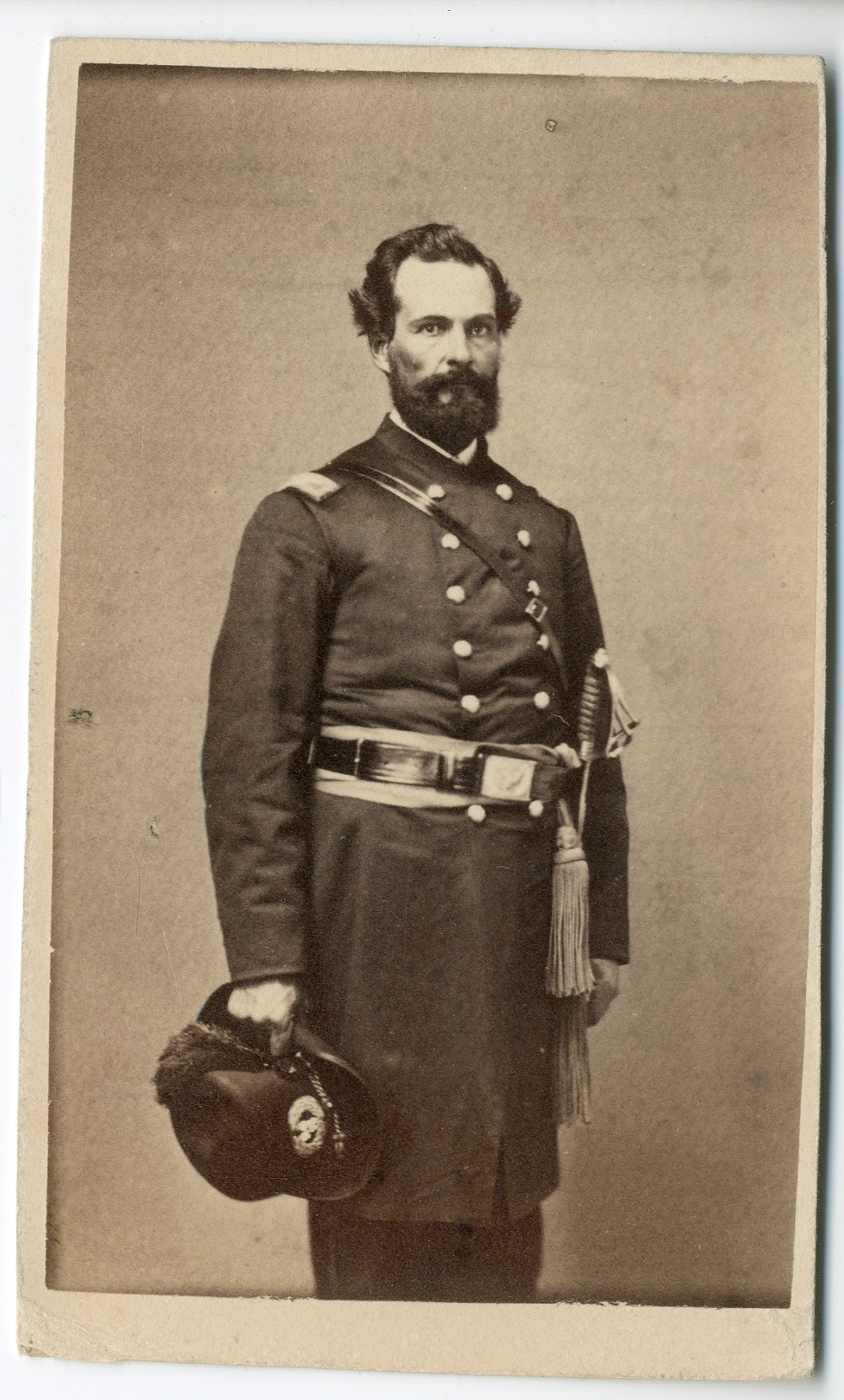 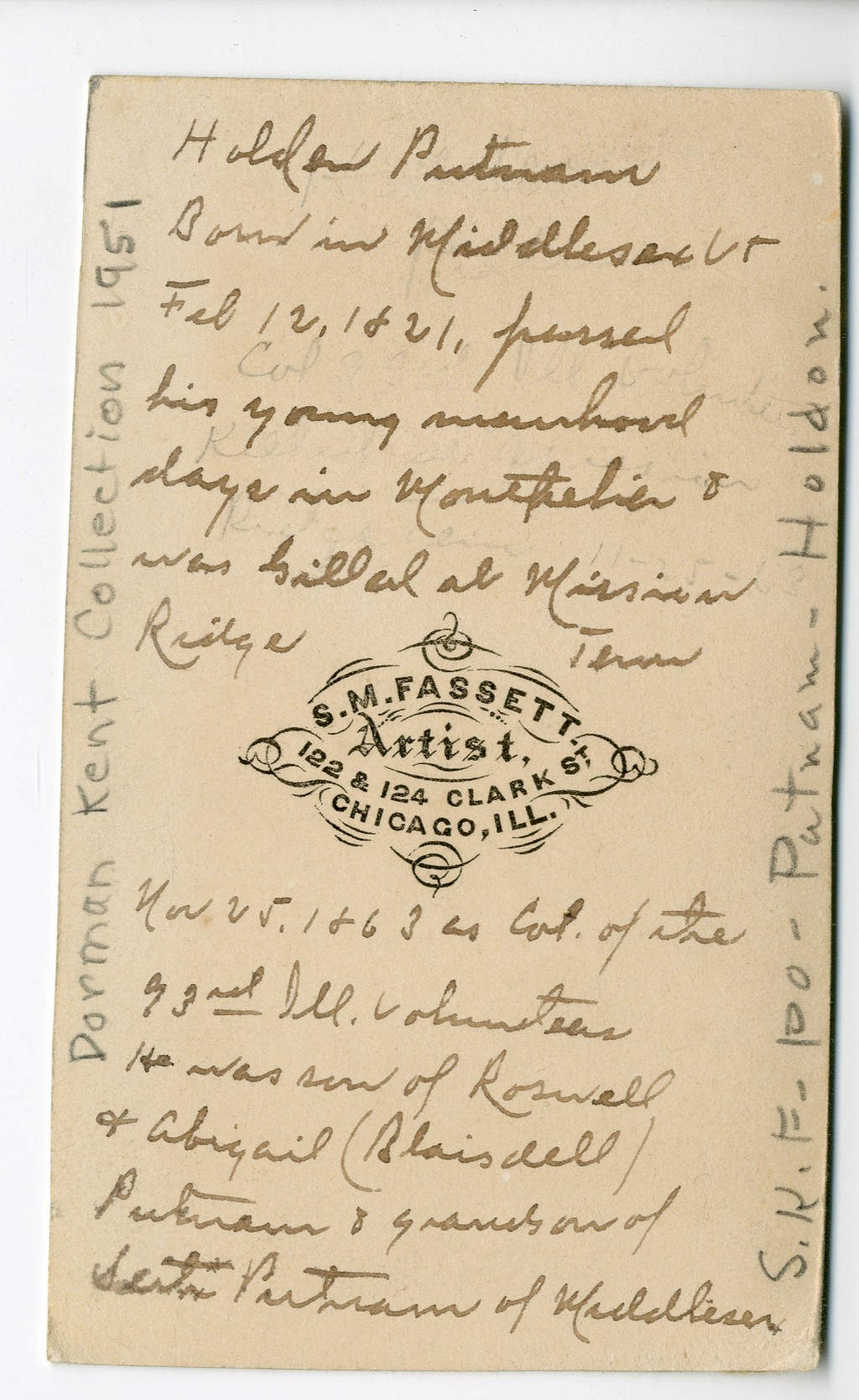 ENLISTED IN THE WEST

WALTER HOWES, son of the late Hon. William Howes, of Prescott, Wis., formerly of Montpelier, enlisted at the age of 21 years, was promoted to Orderly Sergeant of Co. F., 37th Wis. Regt., was severely wounded, but recovered. In mounting the enemy's works before Petersburg, April 2, 1865, he was struck by a solid shot and instantly killed. He was a young man of fine character, high promise, and an excellent soldier.

COL. HOLDEN PUTNAM, of the 93d Illinois, was killed in one of Gen. Grant's battles with Bragg in 1863. Col. Putnam left Montpelier about 1853, and settled in Freeport, Ill., where he was successfully engaged in the banking business. When the war broke out, Putnam, true to the name he bore, at once gave his service to his country, and gave the name new honor by patriotism and bravery as was given by Gen. Putnam of Revolutionary fame.

CAPT. WILLIAM H. HUTCHINS, son of the late William Hutchins of this town, when the rebellion broke out resided in Prescott, Wis. He relinquished a good business, and enlisted as private in the 6th Wisconsin, and received promotions to Captain. While gallantly leading his company at the battle near Ream's Station, Va., Aug. 19, 1864 he was killed. He was a brave soldier, and a good officer.