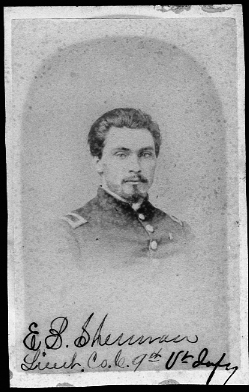 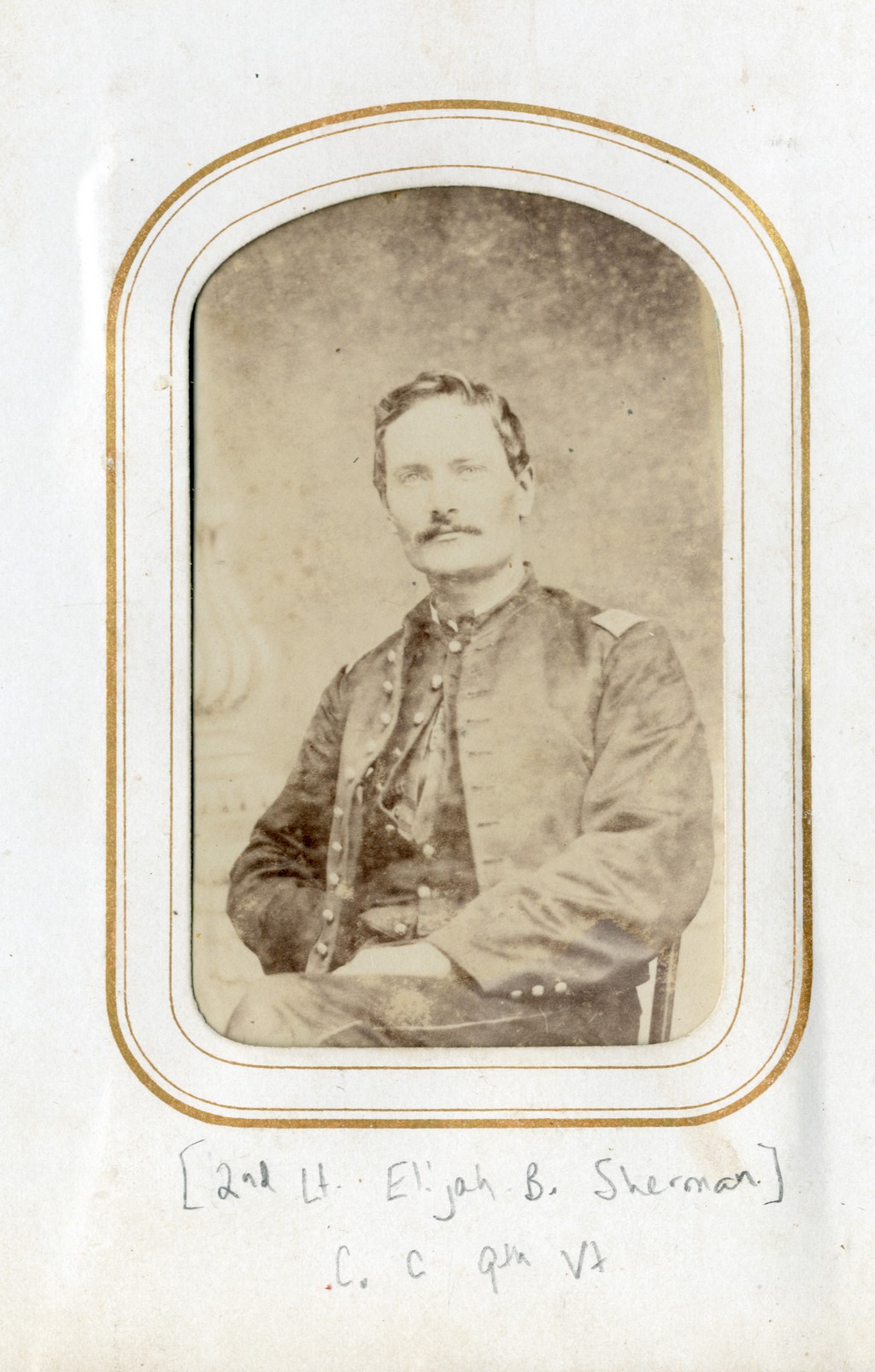 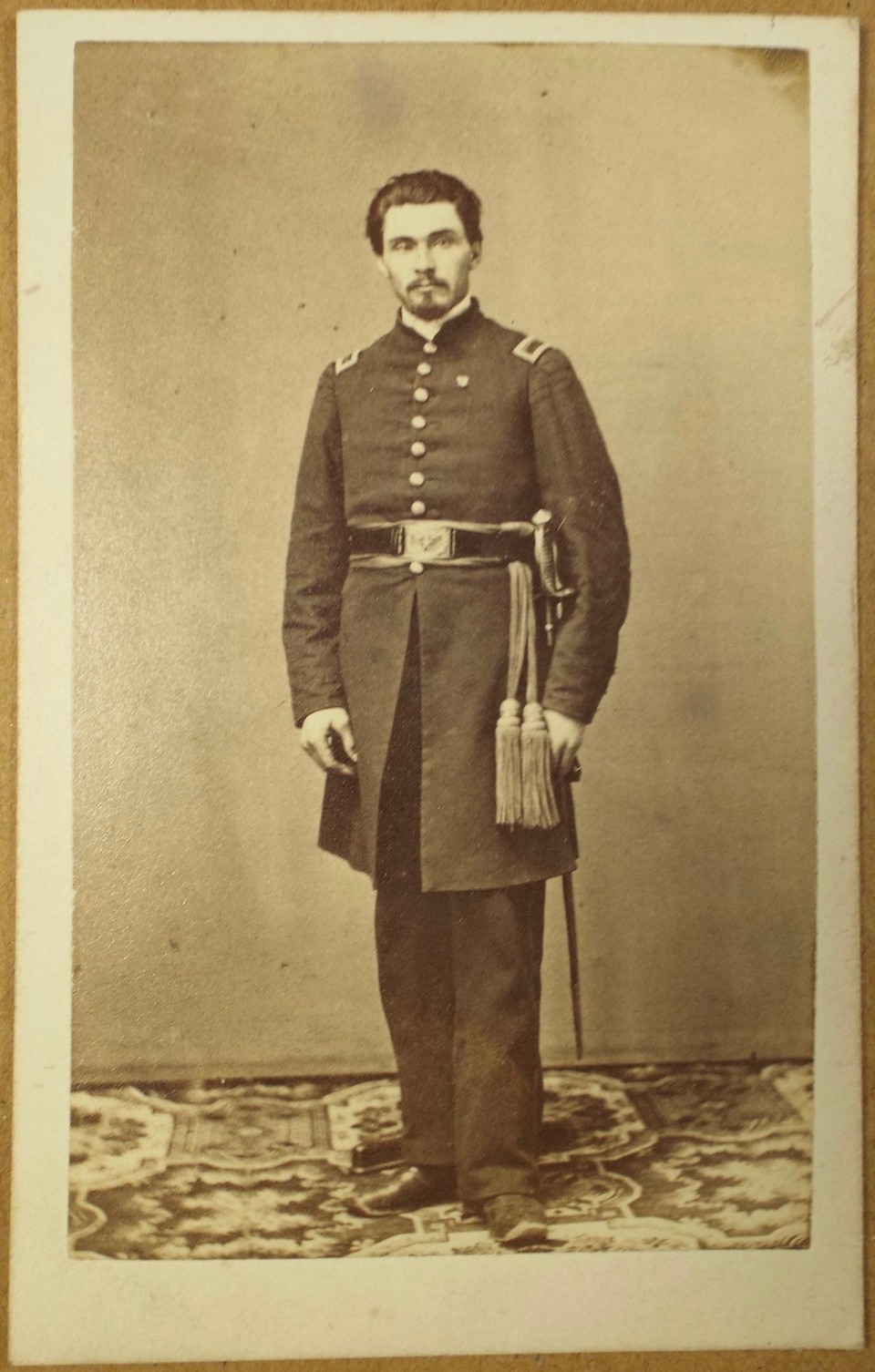 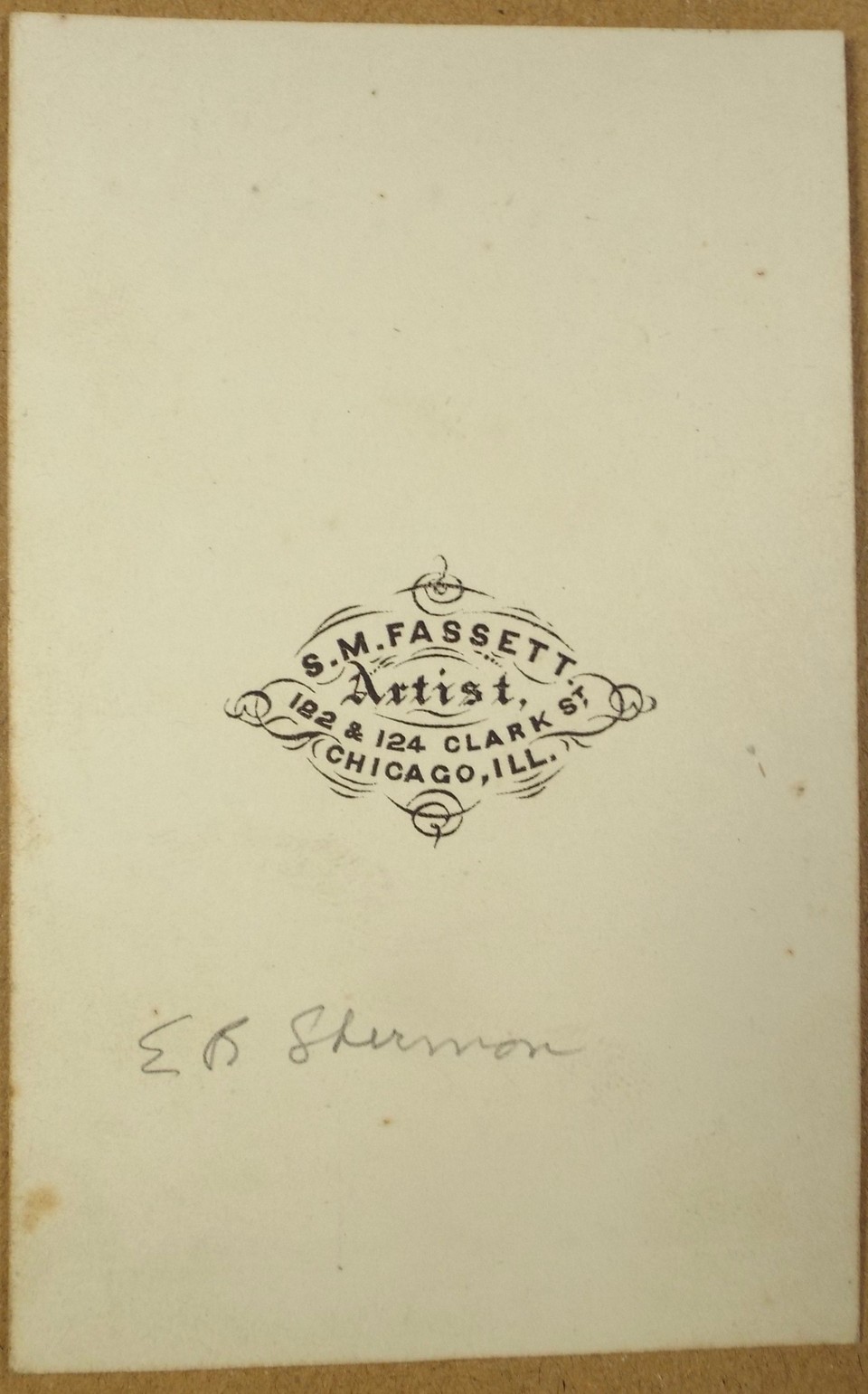 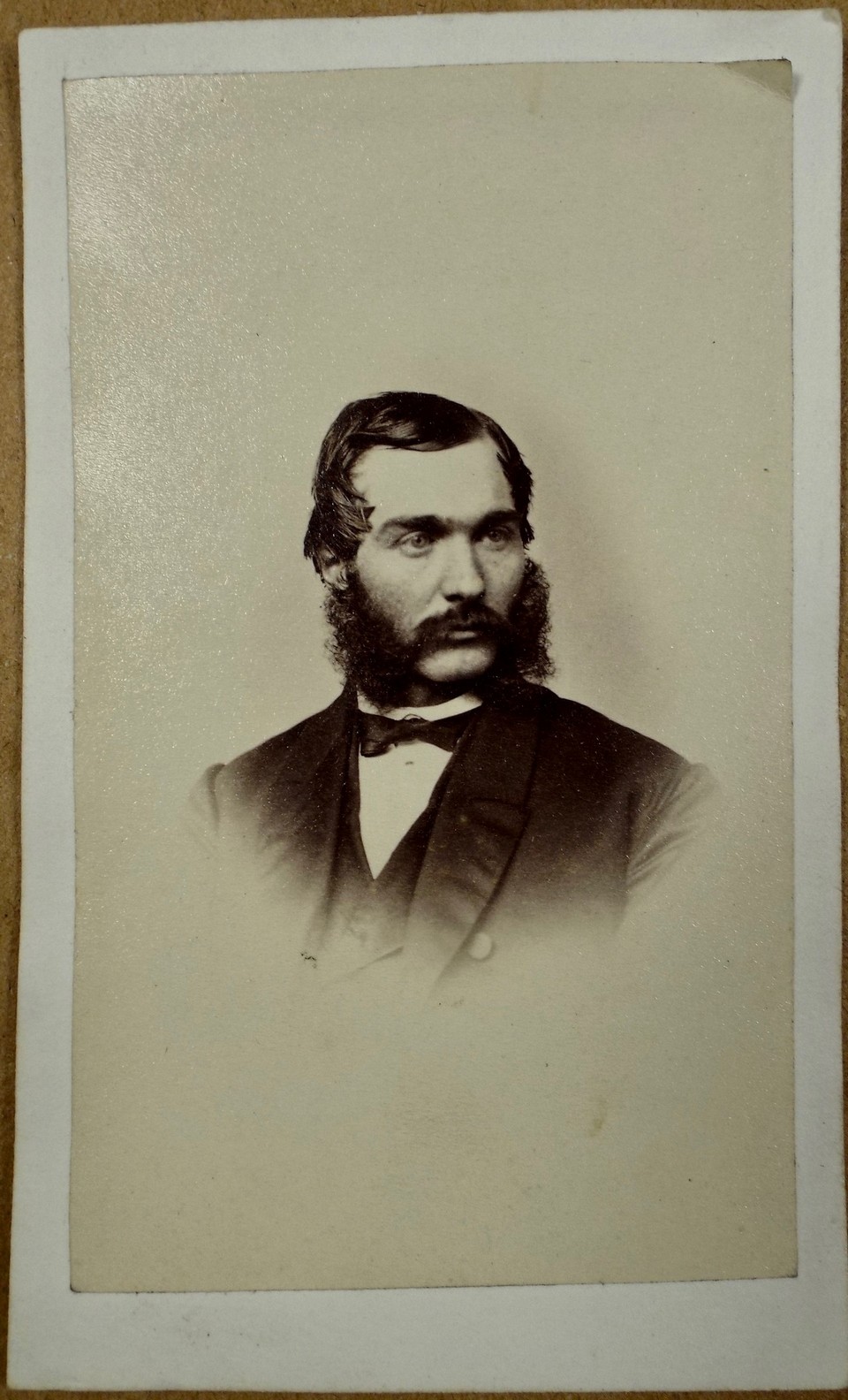 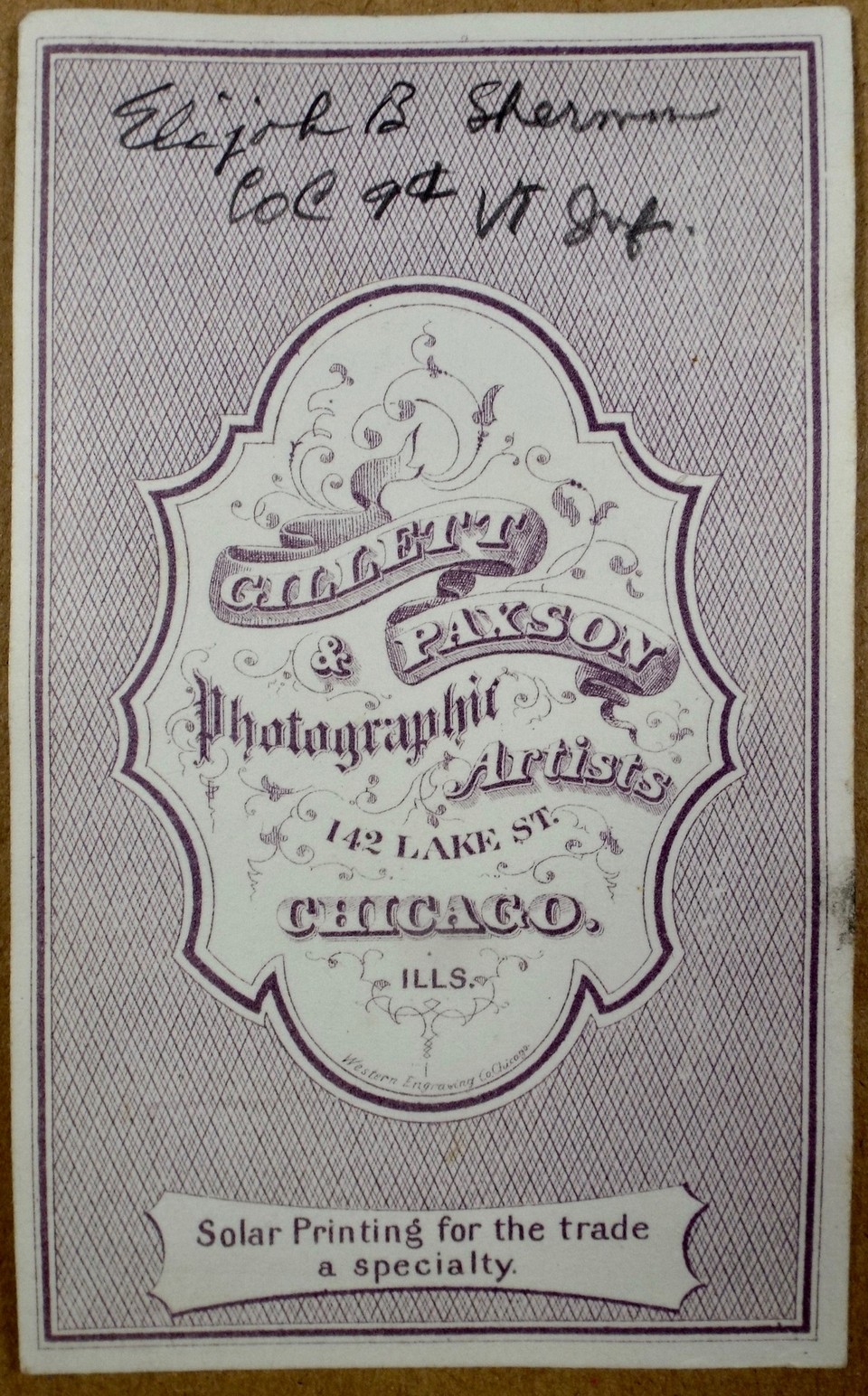 Sherman, Elijah B., of Chicago, was born in Fairfield, June 18, 1832. His father, Elias H. Sherman, was of English descent and his mother, Clarissa (Wilmarth) Sherman, of Anglo-Welsh ancestry.

Until twenty-one years of age he had the usual experience of a farmer's boy in Vermont, hard work and plenty of it, tempered by the luxury of attending the district schools in the winter. In 1854 Mr. Sherman became a clerk in a drug store in Brandon, and in 1855 began fitting for college in Brandon Seminary, afterwards continued his studies at Burr Seminary, Manchester. He entered Middlebury College in 1856, and was graduated with honors in 1860.

After teaching in South Woodstock and Brandon Seminary, he enlisted, in May, 1862, a private in Co. C, 9th Vt. Infantry, was soon after elected lieutenant, and served with his regiment until January, 1863, when he resigned, the regiment having been captured at Harper's Ferry, being then in enforced idleness at Camp Douglass, Chicago.

Entering immediately upon the study of law, he graduated from the law department of the University of Chicago in 1864 and entered upon the successful practice of his profession. In 1876 he was elected representative to the Illinois Legislature and re-elected in 1878. His thorough training and ripe scholarship, coupled with his experience at the bar and profound knowledge of the law, gave him a high rank as a legislator. In 1877 he was commissioned by Governor Cullom as judge advocate of the first brigade of the Illinois National Guards, with rank of lieutenant-colonel and performed the duties of that office for several years. In 1879 Mr. Sherman was appointed one of the masters in chancery of the circuit court of the United States for the northern district of Illinois, a position he still holds. His thorough familiarity with the principles and procedure of chancery courts, coupled with unusual habits of industry, application and accuracy, enabled him to achieve eminence in this important branch of judicial labor. In 1882 he became president of the Illinois State Bar Association, and delivered the annual addresses before that body. For several years Mr. Sherman has been a member and an officer of the American Bar Association, and has taken an active part in the deliberations of that national body.

In 1885 he received from Middlebury College the honorary degree of LL. D., a recognition prized the more highly because that conservative institution confers the degree upon very few of its many distinguished sons. Mr. Sherman, not content with being a lawyer and jurist, has taken delight in scientific research and Belles Lettres. Possessed of a fine literary taste and being master of a style at once incisive, perspicuous and pleasing, his literary productions and public addresses have given him high rank as a literateur, orator and critic.

In 1874 Mr. Sherman was elected grand master of the Grand Lodge of Odd Fellows of Illinois, and in 1875 a representative to the Sovereign Grand Lodge. He is a member of the Union League Club, a 32d degree Mason, a member of the Military Order of the Loyal Legion, and of the Grand Army. He has been president of the Illinois Association of the Sons of Vermont, and has delivered several addresses at their banquets, full of tender pathos and genial humor.

In 1866 he married Miss Hattie G. Lovering of Iowa Falls, Iowa. His only son, Bernis W. Sherman, following his father's example, graduated at Middlebury College in 1890, from the Union College of Law, Chicago, in 1892, was immediately admitted to the bar, and entered upon the practice of the law.