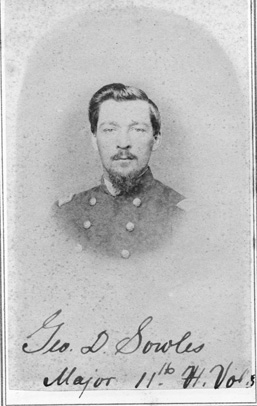 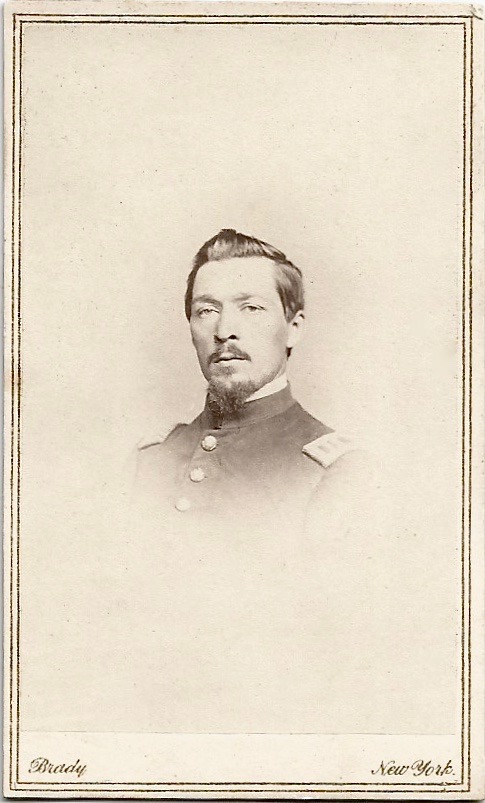 Mrs. V. E, Metzler received a telegram last Wednesday morning calling her to the bedside of her father, Maj. George David Sowles, who was ill near Cripple Creek, Colorado. She left on the first train, but arrived too late to see her father alive, as he died on Wednesday evening, and she arrived on Thursday. Major Sowles had been very well, unusually so, until taken very suddenly with apoplexy and cerebral hemorrhage. He had expected to start for this place in a few days in order to spend the Winter with the Metzler family.

The deceased was born in Albany, Vermont, Dec. 20, 1839, and would have been 63 years of age had he lived until the 12th of the month. He served his country during the Civil War. On July 25th he was home on furlough, and married Elvia. He returned and served in the Army until the close of the war, when he was honorably discharged. He had four daughters, two of who had died in infancy, and one at the age of nine, In 1872 his wife died at an early age thus leaving Mrs. Metzler the only surviving one in the family.

Major Sowles came to Colorado in 1879, and has made his home here since that time. Mrs. Metzler arrived Friday, and brought the body with her. The funeral was held at the Metzler residence Saturday afternoon at 2 o'clock. Rev. J. L. Read of the U. C. Church conducted the service, which was especially impressive. Mrs. Metzler has the sympathy of the whole community in her bereavement.