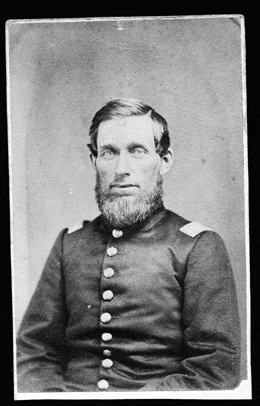 Yesterday at half-past nine in the forenoon Captain Stephen G. Staley died of pneumonia, after an illness of a few days. In his death Rutland has lost one of her best and most public spirited citizens. He was always active in village affairs and devoted much of his time to the promotion of its interests. He was among our oldest and best business men and was loved and respected wherever known. Below we present our readers with a short sketch of his life.

Stephen G. Staley was born in Albany, N.Y., on the first day of December, 1825. In his youth he served an apprenticeship to the carpenter's trade; and subsequently learned the tin and coppersmith business. After he had mastered this business he opened a stove and tin store in Troy, N.Y., in company with his brother-in-law, W.H. Warren. He remained in Troy about two years. In the spring of 1852 he left Troy and came to Rutland.

Here he opened a stove and tin store in the building on West street next to the old hotel kept by Alanson Dyer. The hotel stood upon the spot where the home of S.L.[?] Davis now stands. This building was burned, and he then formed a co-partnership with M. Blakely, under the firm name of M. Blakely & Co. They occupied the store on Main street next north of the old Court House building. This store was also burned, and the firm then purchased a lot on Center street, erected a building, and continued the business until the spring of 1870, when it was dissolved by mutual consent. Mr. Staley remained at the same stand until 1871, in the spring of which year he formed a co-partnership with the late Ion Lippincott under the style of Staley & Lippincott. This connection lasted until the death of Mr. Lippincott which occurred March 15, 1873. Mr. Staley then formed a co-partnership with J.C. Dunn and J.W. Cramton, under the firm name of S.G. Staley & Co., and located on Merchants Row. This arrangement continued up to the time of his death.

Wherever he lived, Mr. Staley has exhibited a desire to serve the place of his residence in some manner. While he lived in Albany he was a member of the old fire department, he was attached to Engine Company No. 6. While in Troy he was a member of Engine Company No. 1. When he came to Rutland, true to his love for the life of a fireman, he attached himself to Nickwackett Engine Company No. 1, of which company he has been foreman eight years, and was such at the time of his death. Mr. Staley, since his removal to Rutland, has held the position of Village Trustee, Fire Warden, Assistant Engineer of the Fire Department, and Water Commissioner. This later office he held twelve years, his term of service expiring this spring.

When the war broke out Captain Staley was one of the first to respond to the call for men and went out as Corporal of Company K, 1st Vermont Volunteer Militia, Captain W.Y.W. Ripley. He remained with his company during their term of service, and then came home. He did not remain home long, but returned to the field in a short time. This time he went out as 1st Lieutenant of Captain Walter C. Landon's company. After the resignation of Captain Landon he was elected Captain, and remained with the regiment until its term of service expired.

We have thus, in brief, sketched the life of a citizen who has always shown that he held the good of his country and town above the mere love of wealth, and always went upon the principle that our duty to the state is paramount to personal ends. Mr. Staley will be greatly missed, not only among personal friends, but in village affairs, and he will be sincerely mourned by a large circle of acquaintances.

He leaves a wife and three children. His parents are both dead, but he has a brother and two sisters living, who are at present in Rutland.

Funeral services will be held Thursday. Prayer at the house at 1:30 p.m., and services at the Congregational church at 2 p.m.