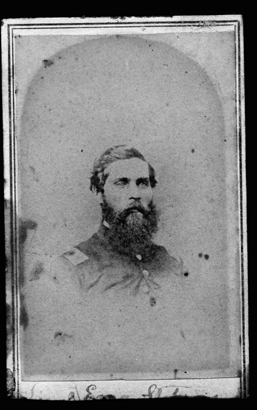 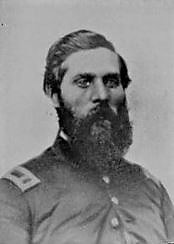 Ezra Stetson was born in Boston, Massachusetts, in the year 1825, and was about forty years old when he died, June first, 1864. His ancestors, on his father's side, were among the early generations of Plymouth Colony. His great-grandfather, Robert Stetson, was a man of some distinction in old colonial times, having been a cornet in the first "troop of horse" in the Colony. He was a soldier in the war against King Philip, an officer and commissioner of the General Court, and a member of the council of War for many years during the earlier Indian disturbances. Ezra's father was the seventh son of Cornet Stetson. A shore time after he was born, his parents moved to the northern part of Vermont and settled in Troy. They were highly respectable people, and his father was a deacon in the Baptist Church.

Like his ancestors, the subject of this sketch seems to have been a man of considerable enterprise. When a boy, fourteen years old, he journeyed form his northern home in Vermont to his birthplace in Boston, and returned all the way on foot. Eight years afterwards we find him, having in the meantime been bred a mechanic, established in Burlington as a millwright, where he worked at his trade until 1850. In the spring of this year he started for California and sailed from New York in the steamship Georgia. He was, however, detained on the Isthmus with the whole ship's company for several weeks. During his stay there occurred what has been called the "Great Riot" of 1805, in which many Americans lost their lives, and Stetson himself very narrowly escaped Spanish vengeance. In California he engaged in various enterprises, none of which, though diligently pursued, seemed to bring him much profit. He tried mining for a year, at the same time ventured in several kinds of speculation. He was caught in the Gold Bluff excitement; but finally got out of it and returned to San Francisco. He then successfully undertook to publish and bring out a "Directory" of that city for 1851-2. Here also he engaged in manufacturing concentrated milk, and afterwards was permanently employed in the construction of the San Francisco Water Works. In 1853, he again engaged in mining, and in the construction of machinery for mining purposes, until 1858. He then returned to Vermont and subsequently went into mercantile business in Montpelier.

In 1862, he enlisted and recruited a number of men, who finally joined Captain Dillingham's Company, of which he was made First Lieutenant and placed in Company B, Tenth Regiment Vermont Volunteers. Most of the time in the field he command this company, his captain having been detailed on staff duty, and otherwise separated from his command. He was with his regiment and at his post while the troops were in the defenses of Washington doing guard duty in the winter of 1862-3, and all their campaigns and battles in 1863-4 until the first of June, 1864. On this day, fatal to so many of the Vermont men, and especially to this regiment, he fell, while bravely charging the enemy at the head of his company at the battle of Cold Harbor. He was struck by a minie ball just below his left eye and was instantly killed. Our troops retiring, he was left between the lines several days, but his body was finally recovered and buried on the field where he fell. He was the first commissioned officer who was killed from this regiment. Lieutenant Stetson was a brave and capable officer, more than deserving the rank he enjoyed. He fairly won a Captain's commission, and, doubtless, he would have received it had he survived this battle. But in the list with many others we cannot estimate his patriotic service by the rank he bore. His sacrifice will be its true, full measure.