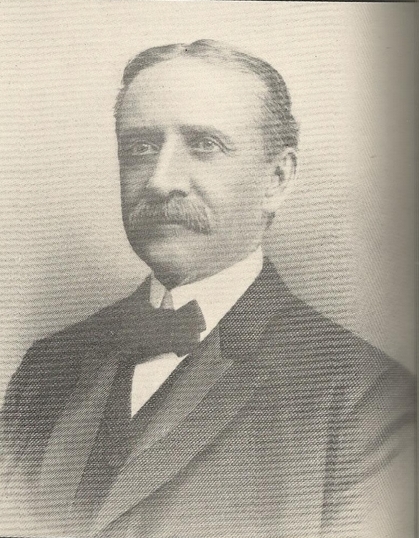 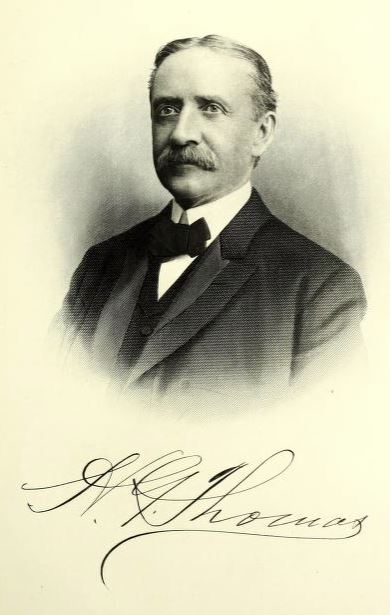 Healy Cady Akeley was born in Stowe on March 16, 1836. His father died when he was nine years of age. He lived in Vermont until he attained his majority. He read law a year in Waterbury, took the law course in the school at Poughkeepsie, NY after which, in 1858, he moved to Grand Haven, Michigan where he opened his law office. After first being refused enlistment due to asthma, he was accepted in October 1863 and served in the 2nd Regiment, Michigan Cavalry with which regiment he served as a private and adjutant until the end of the war.

On June 1, 1861 he mustered in at St. Johnsbury as a member of Company E, Third Regiment, VVI. At 52, in 1896, Thomas returned to Stowe after having lived in Minneapolis since 1869, where he became active in town affairs. In 1900 he organized the Stowe Soldier's Memorial Association for the purpose of raising funds to build a monument honoring the Stowe veterans of the Civil War. Henry wrote to his cousin (Akeley) on December 9, 1900 advising him of this and received a reply in which Healy expresses interest. He went on to say 'monuments are very nice, of course, and worthy. I have always had a notion that it is better to do something for the living than to try and do anything for the dead…..' Healy came East in June 1901 and it was at this time that a memorial building was decided upon. Mr. Akeley's instructions were to '…go on a put up such a building as you want. Build it well, build it nice, so that the town won't be ashamed of it in a hundred years.' Akeley's philanthropic and Thomas's assiduous surveillance brought forth the Soldiers Memorial Building which appears today much as it did at the dedication in August 1903.

The Soldier's Memorial Association collected $909, in small donations from the people of Stowe, and $864 of that paid for the clouded marble wainscoting of Memorial Hall on which appear engraved the names of 242 Stowe men who fought to preserve the Union. Healy Akeley survived the cost overrun of $24,000,(total cost $48,778). "Time has proven that his munificence's was indeed appropriate, permanent and useful."

Courtesy of the Stowe Historical Society, submitted by Barbara Baraw

THE subject of this sketch was born at Stowe, Vt., March 16, 1836, the son of George and Electa Akeley. He obtained his education at the common schools and Barre Academy. He studied law with Dillingham & Durant at Waterbury, subsequently attended the law school at Poughkeepsie, N. Y., from which he graduated in 1857 and returned to Vermont, and was admitted to the Orleans county bar at its December term, A. D. 1857; and at once opened an office at Greensboro where he remained until the fall of 1858, when he "removed to Grand Haven, Mich., where he now resides, engaged actively in the practice of the law, the firm being Akeley & McBride. In October, 1863, he enlisted as a private soldier, and in August, 1865, was mustered out as adjutant of the Second Michigan Cavalry. In 1866 he was appointed collector of customs for the district of Michigan, a position which he held with credit to himself and the country until 1880. Mr. Akeley has been for several years extensively engaged in buying and selling pine lands and other real estate, also extensively engaged in lumbering interests, by which he has become very wealthy.