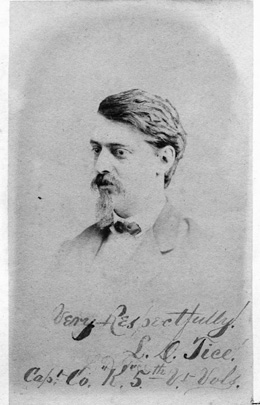 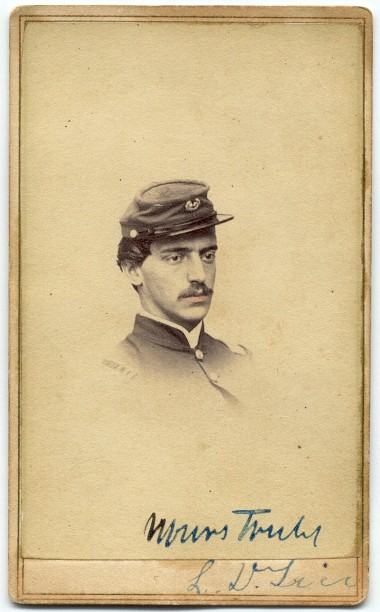 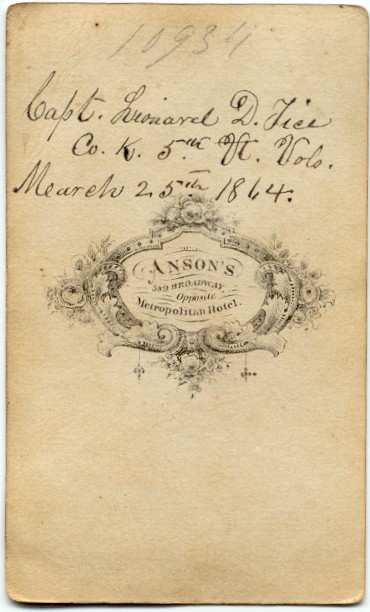 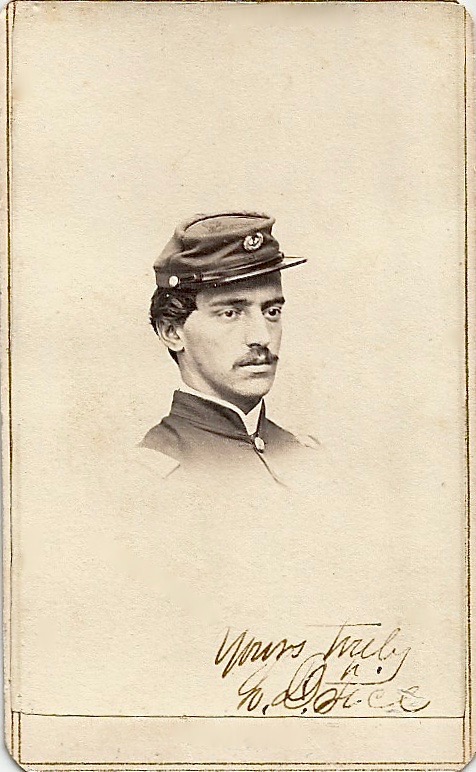 The following, dated 5th Regiment, Camp Griffin, Dec. 8th, was received last week, but we hesitated to publish it, because the writer did not give his name. We are glad to hear from the boys in the army, and wish they would write oftener; but they should give their name, that we may have some guaranty that we are not humbugged. The name, however, need not be published, if they do not wish it:

MR.EDITOR:---Our regiment, and I may safely say all the regiments of Gen. Smith’s Division, are in excellent health and spirit. The sickness and disease, of which we have had a good share , has for the past two weeks decreased at least 16 percent, and now our number of sick in quarters and in the hospital, do not exceed 250, of which 75 are on light duty, leaving but 175 really sick. The regiment has mostly recovered from the measles, and the present sickness is principally persons who have contracted disease by being out on picket and sleeping in the open air, thereby taking severe colds, and delaying to apply to the Surgeon for relief in time to check it before the fevers were fairly set , and the consequence is three or four weeks in the hospital, coming out as poor as a shark.

I had occasion to experience a little of the picket duty the other night, it being our turn to go out, and as our sergeants were all out on sick list and post guard, I volunteered my service to go which of course was accepted. We started at 4 A.M., and arrived at the main reserve at about 6 o’clock. Relieved the men there, then marched to secondary reserves and stayed there until 2 o’clock P.M., when we were marched out and relieved the guards on post. We stayed on post to 6o’clock P.M., when we were relieved by the 2d regiment. From here we again marched our men back to the main reserve and encamped for the night.

I looked around and found me a bed fellow in one Edgar Bullard, a member of our company. ( who, by the way is like the Paddy’s pig, small, but rather old and tough) You see that I used my best judgement in selecting such a one, for I thought that he would not take up so much of the bed and clothes as a larger person, which proved to be the fact. The next thing was to find a suitable place to camp, which we did in a small place near the fire and between two small hills, just large enough to make a comfortable pillow.

We spread our blankets down, rubber at the bottom and wooler ones over us, and we were soon in the land of dreams far away in Vermont. When I awoke it was about 3 o’clock in the morning and raining in torrents. I put my hand out to find my companion, and behold, he was not within my reach. On further examination into the matter, I found that I was afloat below my head and shoulders, but being a good swimmer, I managed to get ashore without drowning. As soon as I collected my scattered thoughts a little, I pulled in my blankets, which weighed about 50 lbs, shouldered my gun, and started for camp, where I arrived just at reveille, my little bed - fellow Bullard came in with the rest, and to my surprise, we have neither of us had the fever yet.