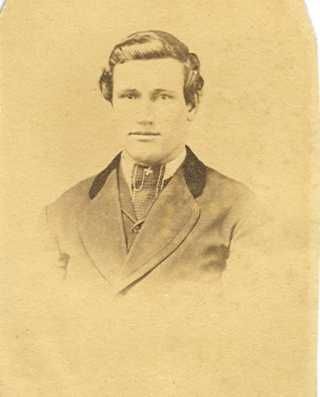 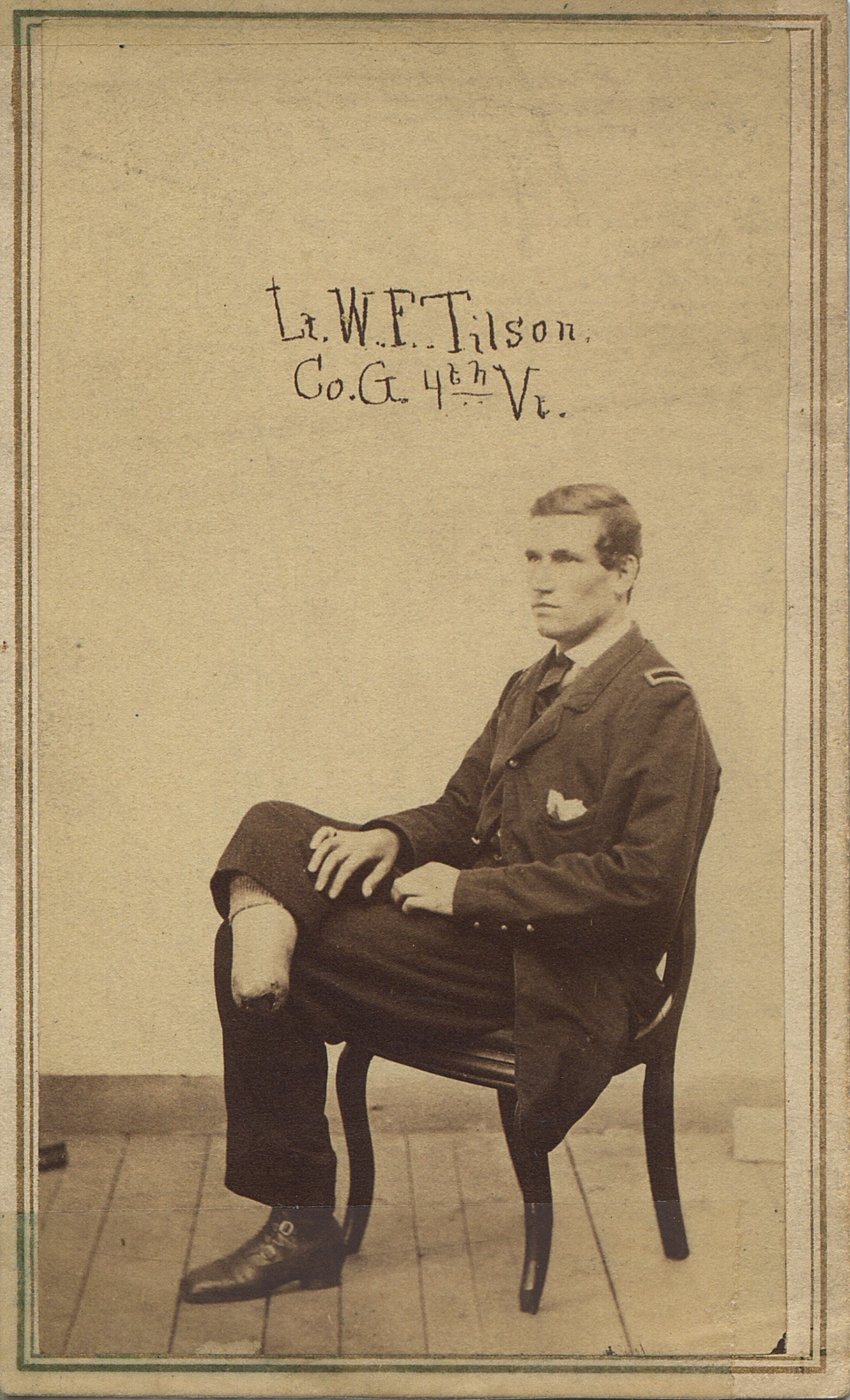 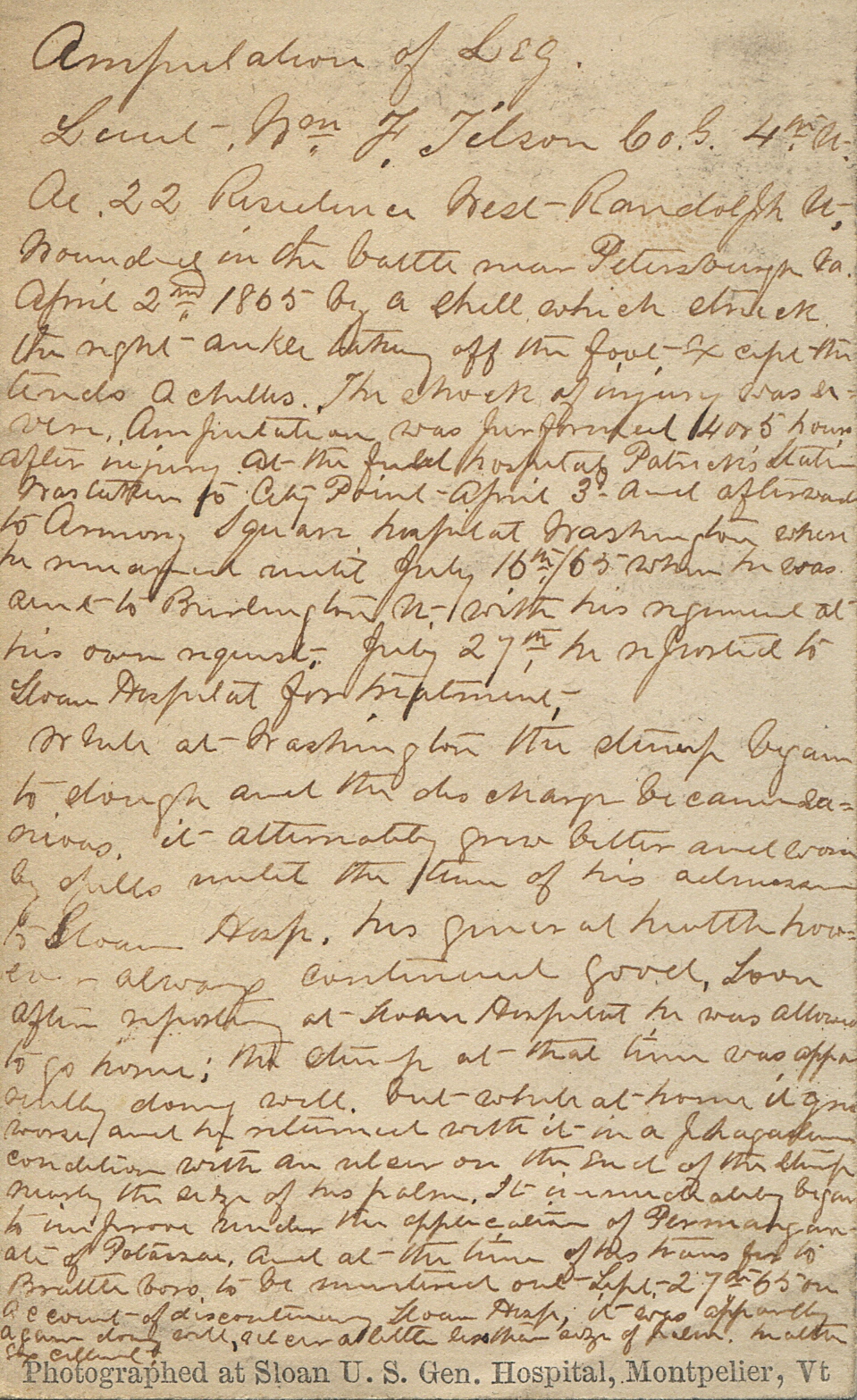 He was a native of West Randolph, Vt. He enlisted in the war of the Rebellion in West Randolph as a private in E Co., 2d Regiment, United States Berdan Sharpshooters. He was promoted to corporal, and then to sergeant, in 1863, and the next year to lieutenant. He was discharged from service at Brandy Station, Va., in November, 1863.

Mr. Tilson reenlisted in E Co. but was transferred to the 4th Vermont volunteers, Feb. 11, 1865. He was mustered out as a result of a special order from Washington on account of loss of his right leg below the knee, at Brattleboro, Vt., in April 1865. The bullet wound which caused the amputation of the leg was received at the final battle at Petersburg, Va.

He was engaged in the battles at Gainesville, Va., the second Bulls Run, South Mountain, Antietam, Fredericksburg, Chancellorsville, Gettysburg, the Wilderness, and Petersburg. In the battle of the Wilderness he was wounded and removed to the hospital, first in Washington, and subsequently in Brattleboro, Vt.

Mr. Tilson was outdoors Friday and attended the daylight campfire Tuesday of John a. Rawlins post, G. A. R., of which he became a member on April 6, 1870. According to Dr. Edward H. Ellis, the wounds received by Mr. Tilson in the flight of time impoverished his blood, and the excruciating pain of an abscess just forming in the stump of the right leg, together with a weakened system, caused a loss of heart action, and death was the result.

At the close of the Civil War Mr. Tilson located in Marlboro. He worked in the Holmes factory, and later the Diamond F factory, where he was employed in the making room. For a number of years, he was proprietor of the lunch cart opposite the Boston & Maine station on Mechanic street. He disposed of this property three years ago, owing to ill health. He was a member of the Marlboro common council from war 3 in 1899. He refused a renomination. He was for a number of years prominent in the United American mechanics.