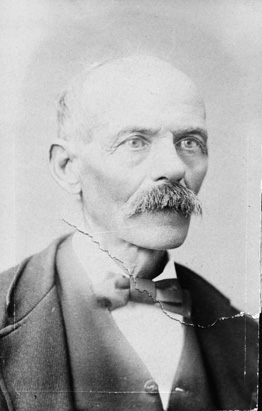 Joseph W. Townsend of South Northfield died Sunday at about 12:30 after a long and painful illness, at the age of 80 years and 11 months, 55 years of which have been spent in that town. Mr. Townsend was born in Stanbridge, P.Q., and was married 50 years ago next December to Almeda Baughn of St. Albans. Two sons, Frank and Fred, both of Ludlow, Mass., were the result of this union.

Mr. Townsend was an honored veteran of the Civil War, having enlisted first in 1862, with Co. K, 7th Vermont. He was discharged in March 1863, because of sickness and again enlisted in 1864, in the 17th Vt. Vols., and served the remainder of the war. He is survived by a wife and two sons, as mentioned above. The funeral was held from the house Wednesday afternoon at two o'clock, Rev. E.W. Sharp officiating.