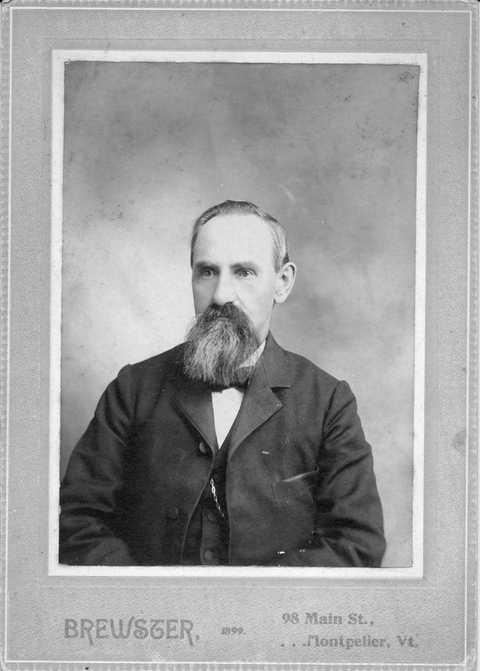 George J. Bond, a prominent resident of Searsburg, died at his home in that town Tuesday morning at one o'clock. He was in his 87th year. Judge Bond was the last surviving member of C. B. Lawton Post, G.A.R., of Wilmington, and his active interest in the affairs of the G. A. R. was retained up to a few weeks of the time of his death. He was a familiar face and voice at Memorial day observances in Wilmington; he also retained a keen interest in the trend of public affairs. He was also a member of Social Lodge, F. & A. M. of this town.

George Jackson Bond was born in Readsboro, January 8, 1842, a son of Charles and Jane (Tibbets) Bond. He was educated in the public schools of Searsburg and taught several terms of school in Whitingham and Woodford.

In 1863 he enlisted in the Seventeenth Vermont Volunteer Infantry as a corporal, and going to the front with the 9th Army Corps participated in the battle of the Wilderness, and in the last engagement at Petersburg. He was honorable discharged from the army in 1865 with the rank of sergeant.

Returning to Searsburg, Mr. Bond embarked in business as a lumber merchant and manufacturer of wooden ware, specializing in clothes pins and washboards. His mill was burned in 1869, but he rebuilt it and continued in business until 1896. Since 1896 he as been principally engaged in engineering and surveying. He had an intimate knowledge of the topography of Bennington and Windham counties and was frequently called on to help determine boundary line disputes of the lumber interests.

His record as a town official of Searsburg was a long and enviable one. He was justice of the peace 37 years. He also served many years as town clerk, selectman and lister; represented Searsburg in the legislature in 1896. He was assistant judge of Bennington county court during the biennial term beginning in 1892.

Judge Bond married in 1865, Clarissa, daughter of Wilson and Olive (Stoddard) Hadley. Mrs. Bond died at the age of 60, leaving three children: Jennie (since deceased), Ada, now living at home and Carl W., now in Red Bank, N.B. He is also survived by a granddaughter, Mrs. Gordon Rice and one great-granddaughter.

Tuesday Afternoon at two o'clock a large number gathered at his late home tp pay their last respects to Mr. Bond. Rev. Henry Hughes spoke words of comfort to the relatives. Member of Green Mountain Camp, Sons of Union Veterans, attended the funeral and held their ritualistic service at the home. The Auxiliary also attended in a body.

The body was placed in the tomb at Riverview cemetery to await burial in the family lot in the spring.

George J. Bond, 87, who died at Searsburg, Vt., yesterday had held the office of town clerk for 38 consecutive years had represented his town in the Legislature and had served one term as assistant judge of Bennington county court. He retired from the lumber business in 1896 and until the last few years had been a surveyor.

He was a veteran of the Civil war, serving from 1863 to 1865 with the 17th Vermont regiment and being discharged with the rank of Sergeant. 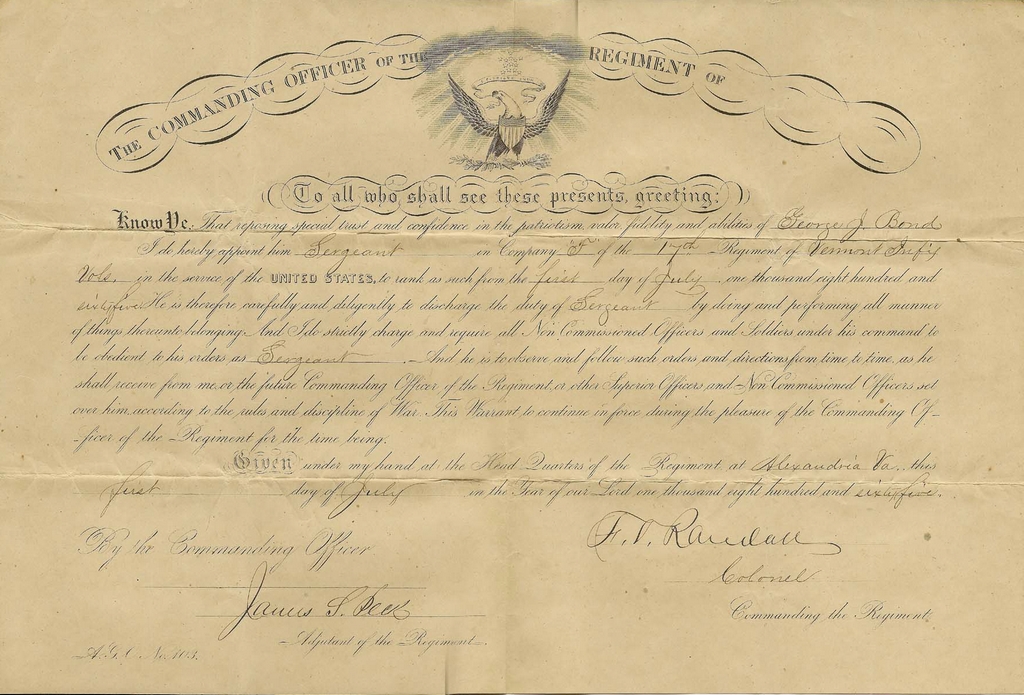 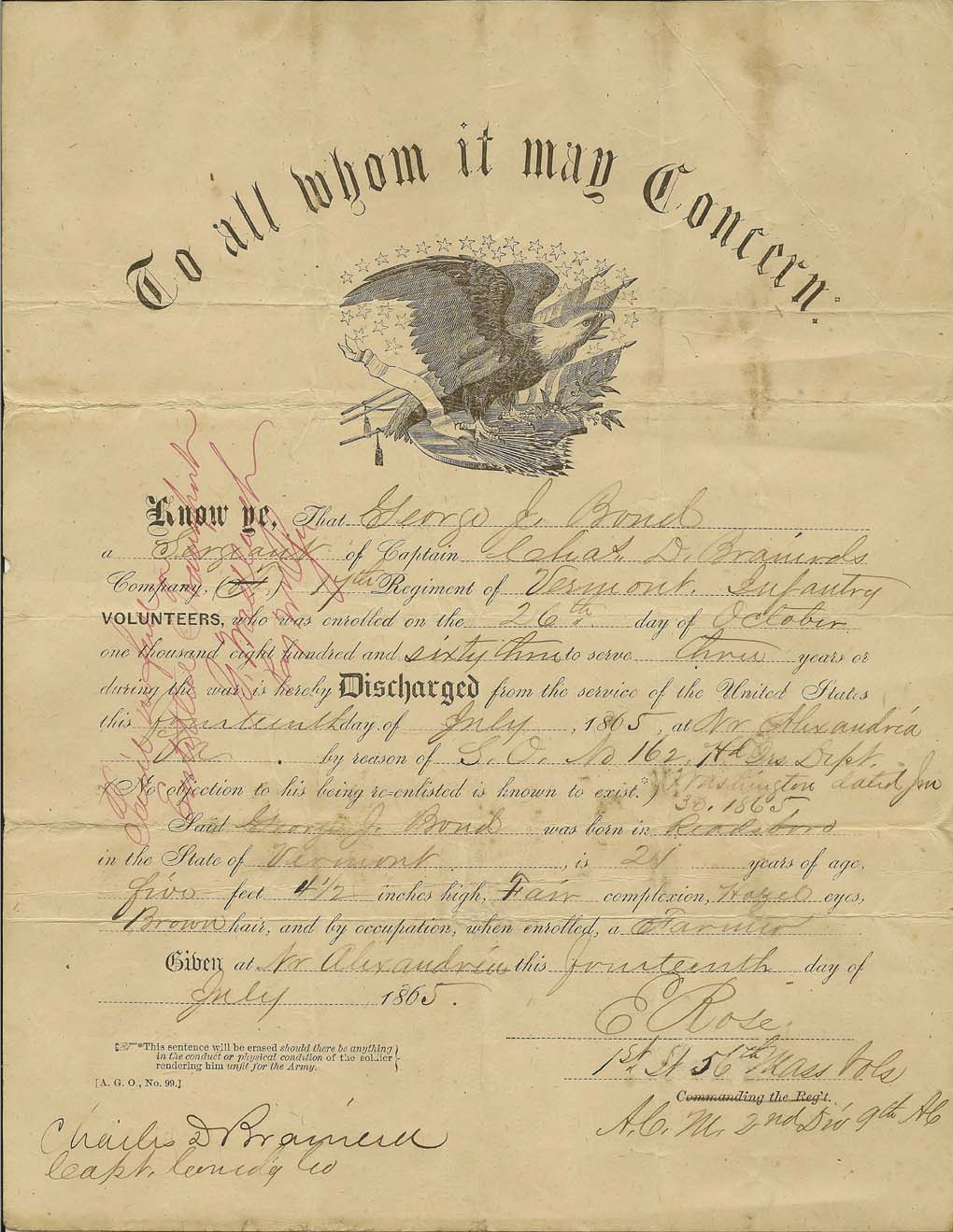 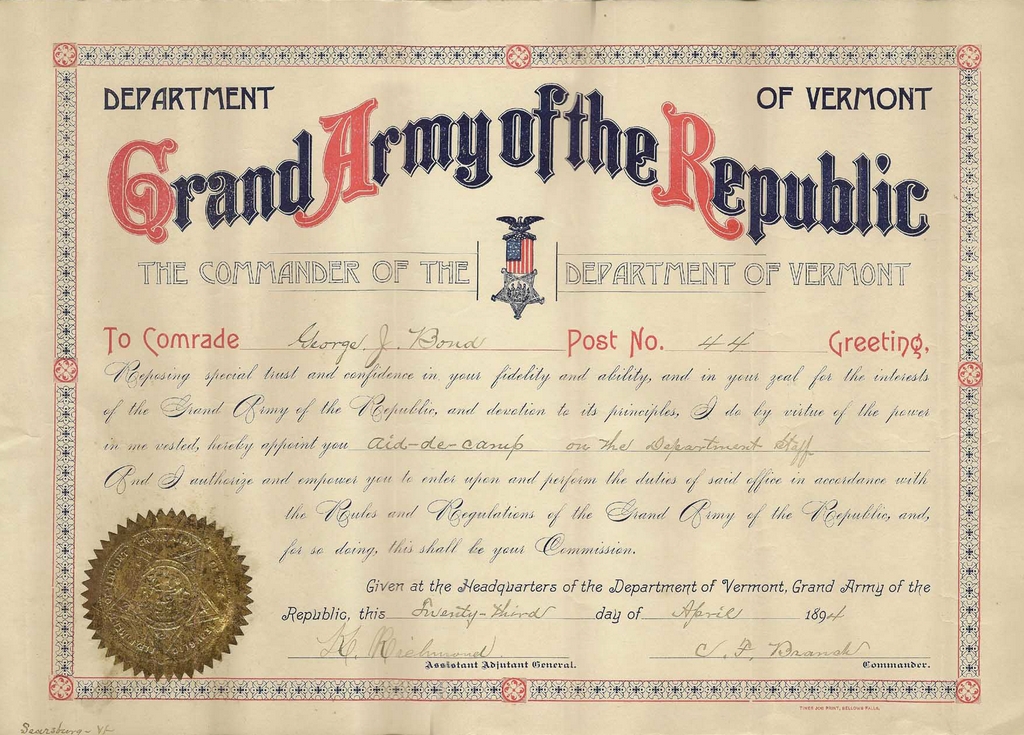 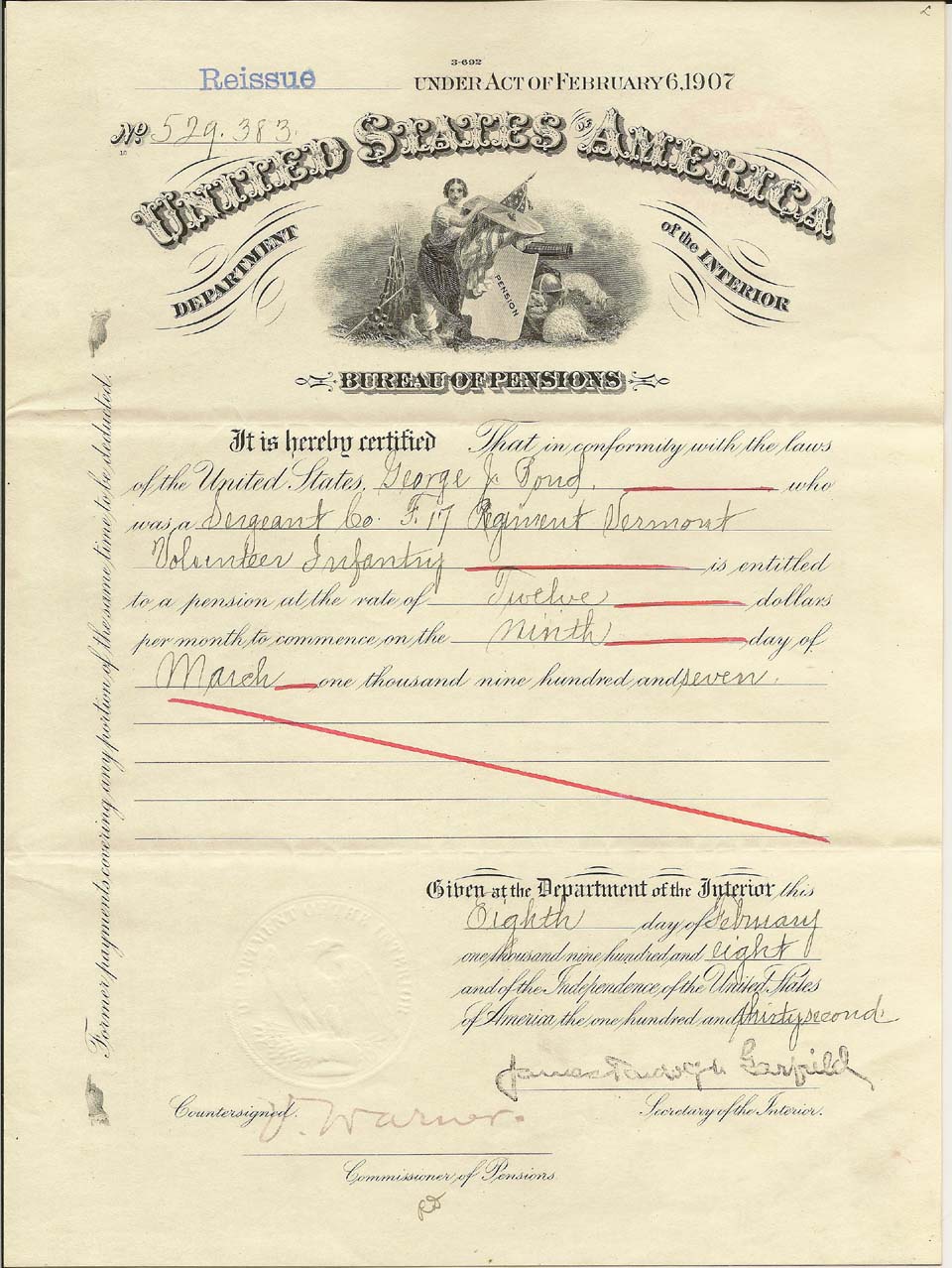 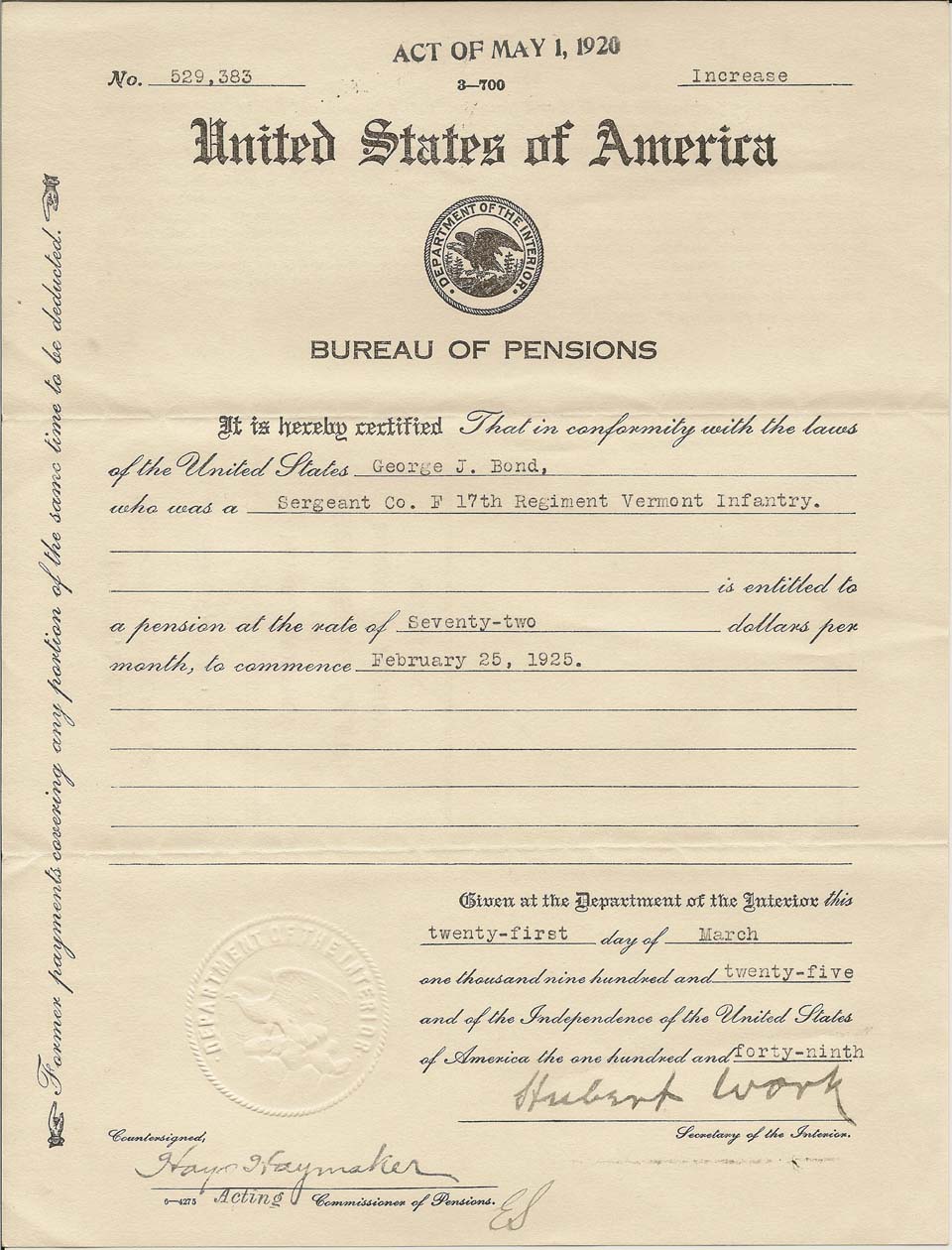