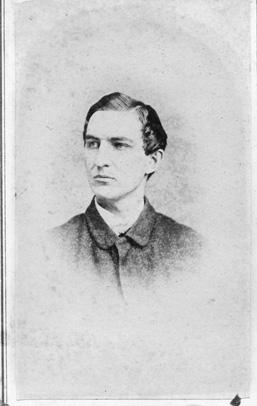 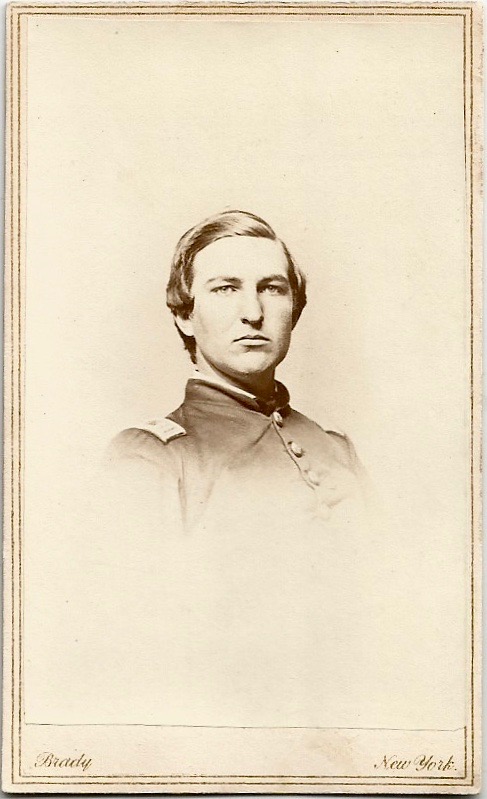 He was educated at Kimball Union Academy, Meriden, N. H., and at Middlebury College, graduating in 1862. His legal training was acquired after the war, at Columbia Law School in New York City.

In July, 1862, the year of his graduation from Middlebury College, Mr. Walker enlisted in Co. B, 1st Artillery, 11th Vt. Vols., and was elected first lieutenant. He afterwards became captain of Co. C and Co. D; and subsequently was major and lieutenant-colonel of the regiment. In 1864 he was brevetted lieutenant-colonel for gallantry at the battles of the Opequan, Fisher's Hill and Cedar Creek, and was mustered out in June, 1865, with his regiment upon its return to Burlington after the conclusion of the war.

In 1869 he published a book of war reminiscences entitled "The Vermont Brigade in the Shenandoah Valley."

He is a member of the Illinois Commandery of the Loyal Legion, and has been president of the Vermont Officers Association.

Mr. Walker's legal career has made him a national reputation. He was admitted to practice in 1867, in the city of New York and at first was managing clerk for the law firm of Strong & Shepard, having their office at 90 Broadway. He was afterwards admitted to partnership and became a member of the firm in 1870. They were engaged in a general practice and did a considerable business, largely connected with railways. Important work was done by Mr. Walker in obtaining land titles for the Spuyten Duyvil & Port Morris railway, connecting the Hudson River R. R. with the Harlem R. R., from Spuyten Duyvil to Mott Haven. In 1873 the firm was broken up by the death of the senior partner, Hon. Theron R. Strong; and Mr. Walker removed to Rutland, becoming a member of the law firm of Prout, Simons & Walker. They transacted a general business and were the counsel of some important corporations, including many banks and insurance companies and the Rutland R. R., the Delaware & Hudson Canal Co., the Vermont & Canada R. R., the bondholders of the Vermont Central R. R., etc. In 1884 Mr. N. P. Simons withdrew from the firm and the name was changed to Prout & Walker and so remained until Mr. Walker removed to Washington in April, 1887.

In politics Mr. Walker is a Republican, and he was a member of the state Senate from Rutland county in 1882-3, being chairman of the judiciary committee. In 1887 Mr. Walker was appointed by President Cleveland a member of the Interstate Commerce Commission on the organization of that body, being one of the two Republican members. His associates upon the commission were Hons. T. M. Cooley, William R. Morrison, Augustus Schoonmaker and W. L. Bragg. Mr. Walker resigned in 1889, and became chairman of the Interstate Commerce Railway Association composed of various railroad lines west of Chicago, with headquarters in that city. Subsequently he became chairman of the Western Traffic Association, a similar organization. He was afterward chairman of the joint committee composed of all roads north of the Ohio and between the Mississippi river and the seaboard. He resigned the latter office in December, 1893, and is now practicing law in Chicago. In addition to his opinions reported in the first two volumes of the Interstate Commerce Commission Reports he has written largely for publication in the Forum and other periodicals, chiefly on railway legislation and other kindred topics.

Mr. Walker was married at Wallingford, Sept. 6, 1871, to Katherine, daughter of Hudson and Diantha Roberts Shaw. They have had four children: Richard (deceased), Roberts, Harold, and Ruth. 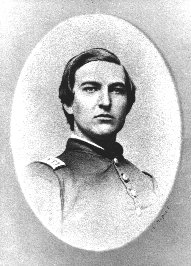 Aldace Freeman Walker was born in West Rutland, May 11, 1842, the son of Aldace Walker, a Congregational clergyman and Mary Ann Baker. Educated in the local schools and at Kimball Union Academy, he entered Middlebury College, graduating at the head of his class in 1862. For nearly a year before graduation he had tried to enter the Union Army and the last months of his senior years were spent in drilling recruits. He was commissioned a First Lieutenant of the Eleventh Vermont, and delivered his valedictory address at college in the uniform of his rank. Lieutenant Walker was made Captain in December, 1862. His regiment was part of the famous Vermont Brigade and he served in every battle fought by the Sixth Corps from May, 1864, to April, 1865. He was promoted to the rank of Major in July, 1864, and was brevetted Lieutenant Colonel April 20, 1865, for "distinguished gallantry in the several engagements in the Shenandoah Valley." In June, 1865, he was commissioned Lieutenant Colonel and the same month he was mustered out of the service.

After his return from service he studied law at Wallingford and Manchester and later in the office of George F. Edmunds at Burlington. He completed his studies under the tuition of Professor Dwight of Columbia University, and for seven years he practiced law in the office of Strong and Shepard, in New York City. Upon the death of the senior member of the firm he was offered a partnership with Elliott F. Shepard, the junior members, but he did not desire to remain in New York.

He returned to Rutland in 1873 and formed a partnership with former Judge John Prouty. At this time his practice became restricted largely to equity causes involving patents and railroads. He was one of the counsel for the Vermont and Canada Railroad in its prolonged litigation with the Vermont Central Railroad Company. He was a member of the Vermont Bar Association in 1884-5.

In April, 1887, President Cleveland appointed Col. Aldace F. Walker of Rutland one of the five Interstate Commerce Commissioners, this commission having recently been created by act of of Congress. In 1889 he resigned as a member of the Interstate Commerce Commission to become chairman of the Interstate Commerce Railway Association, a rate-maintaining organization composed of most of th railroads operating from Chicago to the West and Southwest. This organization was succeeded by the Western Traffic Association, of which Colonel Walker became manager. When this association was dissolved he became one of the Commissioners of the Joint Committee of the Central Traffic and Trunk Line Association, which included the railroads between Chicago and the Atlantic seaboard. His duties were chiefly those of an arbitrator, called to pass upon railroad rates. He was appointed one of the receivers of the Atchison, Topeka and Santa Fe Railroad and allied lines, a system which comprised more than ten thousand miles of road. During the greater part of the receivership Colonel Walker was the working head of this great railway system, and his record was notable for efficiency. In 1895 he was made chairman of the board of directors and of the executive committee, with headquarters in New York. This position he held until his death, in New York City, April 12, 1901.

In 1893 he served as one of the Vermont Commissioners at the Columbian Exposition. Colonel Walker was one of the great railroad executives whom Vermont has produced, and his brilliant career reflected credit upon his native state.

Colonel Walker contributed to current magazines and reviews, and wrote a large number of opinions and special reports, embodied in the first two volumes of the Interstate Commerce Commission reports, and a book, The Vermont Brigade in the Shenandoah Valley, 1864, published in 1869. He was a member of the Military Order of the Loyal Legion. The degree of LLD. was conferred on him by Middlebury College in 1887.

Chairman of the Board of Directors of The Atchison Stricken at His Home.

Col. Aldace F. Walker, Chairman of the Board of Directors of Atchison, Topeka and Santa Fe Railway Company, died yesterday morning at his home, 55 West Seventy-fourth Street of heart disease. He had been sick for nearly two months, and during the last few weeks he had visited his office only at rare intervals, but no one had expected a fatal ending to his illness. In fact, he had made arrangements to sail with his family today for Europe to recuperate.

Mr. Walker was counted among the foremost of American railway managers, and he was considered an authority on all traffic questions and on Inter-State commerce law. His prominence as a railroad man was due mainly to his connection with the Atchison system during the last five years, first as receiver, and then as Chairman of the board, and it is generally conceded that the splendid development of this property in the last five years was largely due to his efforts.

Mr. Walker was born in West Rutland, Vt., in 1842. He was graduated from Middlebury College when he was twenty years old. The civil war had just broken out, and he enlisted in the same month in which he was graduated, in his home regiment, the Eleventh Vermont Volunteers, and was made First Lieutenant of Company B of the First Artillery. He served through the war and was mustered out with the rest of the command in 1864 with the rank of Lieutenant Colonel. On his return North he entered Colombia College Law School, and after graduation in 1867 he practiced law in New York City for some years. In 1873 he removed to Rutland and established a firm which acted a counsel for the Delaware and Hudson, the Rutland, the Vermont and Canada, and other railroads, as well as for many banks and other corporations. He won fame in his fight against the Smith ring, which at that time ruled the State of Vermont, and in which he defeated the ring in its attempt to swallow up the Vermont and Canada railroad without paying the owners. He was then, in 1882, and again in 1884, elected into the State Senate, and in this capacity he became the author of the corporation tax law, which was enacted in1884.

From 1887 to 1889 he served on the InterState Commerce Commission as one of its ablest members, being largely responsible for the policy of the commission. On account of his reputation for fair-mindedness he was selected in 1889 to be the Chairman of the Inter-State Commerce Railway Association at Chicago, and later Chairman of the Joint Committee of Presidents and Vice-Presidents of the railroads of the Trunk Line and Central Traffic Associations to carry out the so-called, "Gentlemen's Agreement." He was appointed receiver for the Atchison, Topeka and Santa Fe railroad in1894, and through the selection of competent officials he succeeded in re-establishing this road as one of the valuable railroad properties of the country. When the road was re-organized in 1896, he was made Chairman of the board, and as such he directed the financial policy of the company up to the time of his death, always attending personally to the correspondance even when unable to go to the office.

Mr. Walker was a very popular man with all with whom his business or his pleasures brought him into contact. He was a member of the Metropolitan, the Lawyers', and the Chicago (Ill) Clubs, the Army and Navy Club of Washington, D.C., the Century Association, and the Order of the Loyal Legion. He leaves a wife and three children, a daughter and two sons, Robert, who is engaged in a law office in this city, and Harold, who is studying law at Colombia.

an extract of his service records.