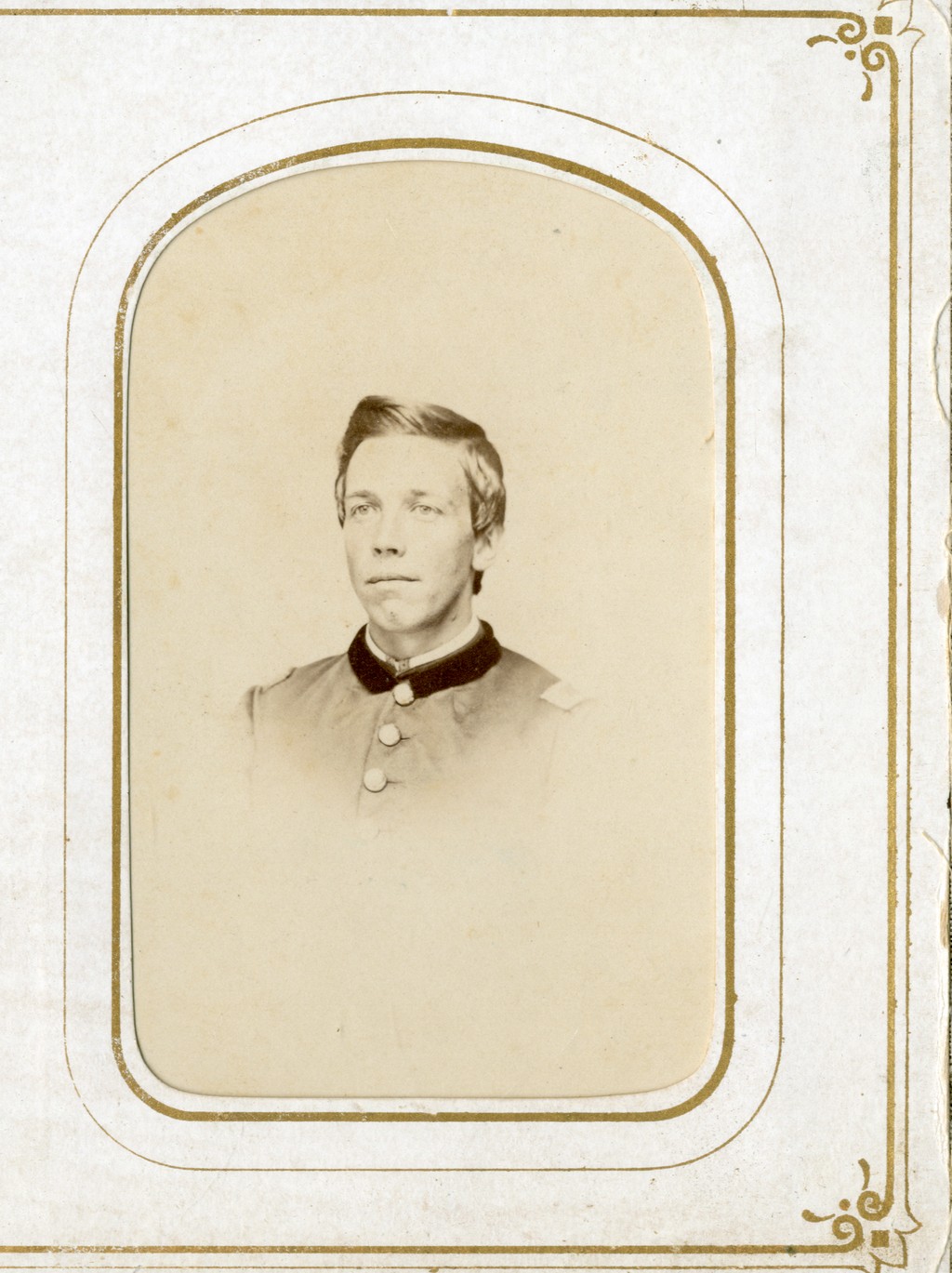 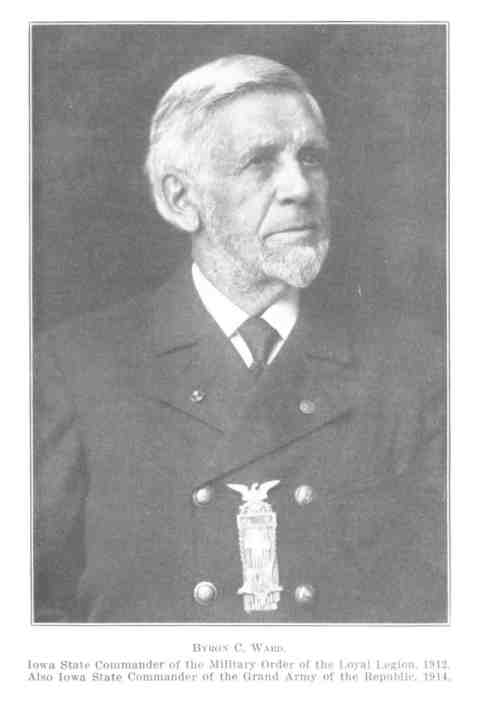 Byron C. Ward was the oldest of five children of Harvey Ward, formerly of Underhill, but who moved with his second wife, Eliza Rood, to Bradford County, Pa., where he d. in 1854. She was the daughter of Levi Rood and sister of Orlin Rood of Jericho. The Ward family moved to Jericho and resided on the farm now known as the John McLaughlin farm for five years. Byron C. Ward enlisted and served in the army during the War of the Rebellion. He was a successful lawyer, practicing at Prairie City and Des Moines, Iowa, and is a G.A.R. man. Bryon C. Ward was b. November 28, 1838, in Underhill, Vermont. He was a student at the Vermont University when the Civil War began. He enlisted as a private in Company G, Second Regiment, Vermont Volunteer Infantry; was promoted through the grades and commissioned as First Lieutenant and soon after detailed as Adjutant of his regiment and served in that capacity till the close of the war. He participated in such battles as Fredricksburg, Chancellorsville, Gettysburg, Wilderness and other important engagements. He emigrated to Iowa in 1869, and soon after was admitted to the bar. He was elected to the Legislature from Jasper County as a member of the Twentieth General Assembly. He moved to Des Moines in 1892. He was the Senior Vice-Department Commander of the G.A.R. from June 1910 to June, 1911.