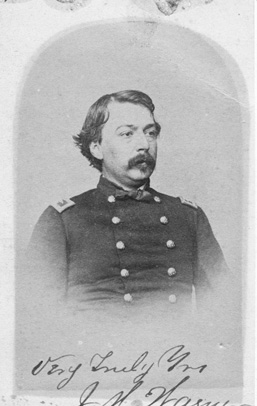 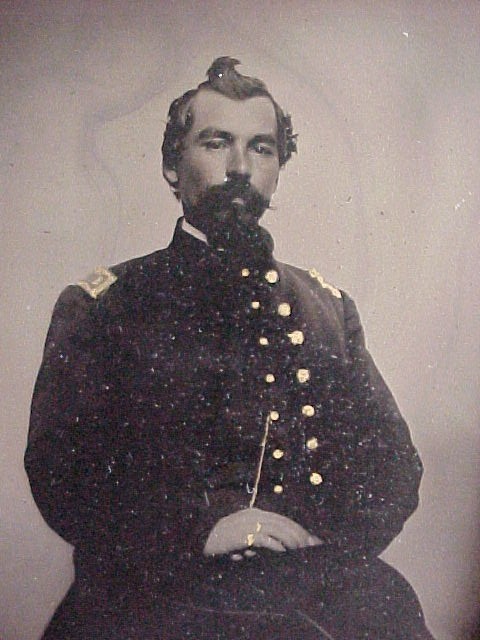 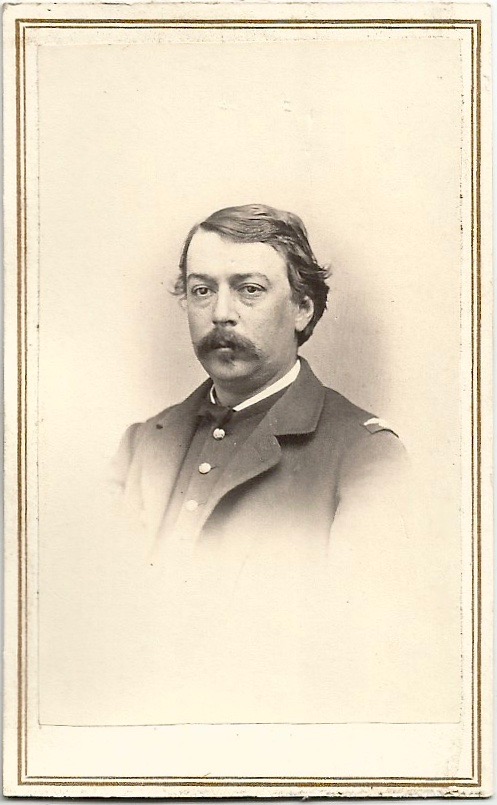 Lieutenant Warner probably received a first-rate education in north-south politics while stationed at Fort Wise. Among the officers there at the start of the war were Major John Sedgwick, future commander of the Sixth Corps; William S. Walker, a Pennsylvanian who went with the Confederacy, probably because of his marriage to a Floridian; Richard Riddick, who would fall leading his 34th North Carolina at Gaines's Mills and William D. DeSaussure, who died at Gettysburg leading his 15th South Carolina at Gettysburg; Edward Newby, of Virginia and James McIntyre, of Tennessee, both of whom would stay with the Union; and the redoubtable James Ewell Brown 'Jeb' Stuart, who would become the bane of many a Union cavalry trooper.

The State of Vermont asked for his services to lead a volunteer regiment, and he appointed to command the 11th Vermont Volunteer Infantry and was promoted to Colonel of that regiment on September 1, 1862. Colonel Warner commanded the 11th Vermont Infantry (redesignated 1st Artillery, 11th Vermont Volunteers, December 10, 1862) until that unit was called from the defenses of Washington to join the First Vermont Brigade (Second Brigade, Second Division) in the Army of the Potomac in mid-May 1864. At the battle of Spotsylvania, his first battle, on May 18, 1864, he was severely wounded, but stayed in the field until the end of the day. Due to the severity of his wounds, he was sent home on convalescent leave.

On his return to duty July 8, 1864, he was assigned to command of the First Brigade, Hardin's division, XXII Corps, in the defenses of Washington, where he was during the battle of Fort Stevens several days later. Returning to his regiment later that month, he was assigned command of the First Brigade, Second Division, VI Corps from September 21, 1864 to May 1865, when it was disbanded.

He was brevetted to Brigadier General, U.S. Volunteers, August 1, 1864, for gallant and meritorious service at the battle of Spotsylvania Court House, and at the battles of Winchester, Fisher's Hill and Cedar Creek. He was promoted to Captain (8th U.S. Infantry), U.S. Army, October 8, 1864, and received brevets as Major, Lieutenant Colonel and Colonel, U.S. Army, on March 13, 1865, for gallant and meritorious service during the war. He was further brevetted, to Brigadier General, U.S. Army, April 9, 1865 for gallant and meritorious services in the field during the war. He was promoted to Brigadier General, U.S. Volunteers, May 8, 1865. He mustered out of voluntary service January 1, 1866, and resigned his regular army commission February 13, 1866.

After the war he removed to Albany, New York, where he engaged in paper manufacturing as president of the Albany Card and Paper Company. On December 19, 1889, he was appointed postmaster of Albany by President Harrison, in which position he served probably for the duration of Harrison's administration, until 1892.

James Warner married Matilda Elizabeth Allen, daughter of George Allen and Sophia Sargent, in early June 1863, while he was stationed in the northern defenses of Washington. James and Matilda had three children:

He died in New York City, March 16, 1897. His remains were returned to Vermont and laid to rest in West cemetery, Middlebury.

See also Warner's reports on the battle of Winchester and Cedar Creek.

Cullum, George W. "Notices of the Biographical Register of Officers and Graduates of the U.S. Military Academy at West Point from its establishment, March 6, 1802, to the army reorganization of 1866-67, revised edition, with a supplement continuing the register of graduates to January 1, 1879." New York: James Miller, 1879.

Ledoux, Thomas, editor. "Quite Ready to be Sent Somewhere: The Civil War Letters of Aldace Freeman Walker." Victoria, BC: Trafford, 2002.