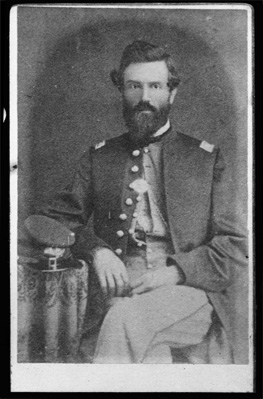 Death at Cold Springs, N. Y. of a Former Benningtonian

News has been received of the death In Cold Springs, N.Y., of Captain Madison E. Winslow. Captain Winslow was born in Bennington and resided here until a few years ago when He went to live with is only son.

He was a veteran of the civil war, having recruited Company E, Tenth Vermont volunteers, and being elected its captain. He served as such until his health obliged hi to resign. He was an active Grand Army man , and for a number of years a comrade of G.A. Custer post. Besides the son he is survived by his wife formerly Miss Jane Bushnell of this town.

The remains of Capt. Madison E. Winslow will arrive here Thursday afternoon at three o'clock and will be taken immediately to the village cemetery where the interment will take place.