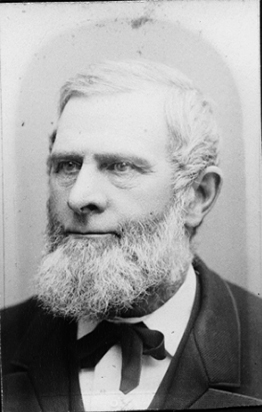 Aldis O. Brainerd, aged 83 years, died at his home on Brainerd St., Wednesday afternoon at 2:15 o'clock, after an illness of less than twenty-four hours. Mr. Brainerd became ill at the home of his son-in-law Henry W. Hatch, of North Main st., last evening about 8 o'clock and was removed to his home. The immediate cause of death was heart disease. Mr. Brainerd was born in this city February 29, 1824, being the eldest son of Lawrence and Fidelia (Gadcomb) Brainerd. He is survived by two daughters, Mrs. H. w. Hatch, of this city, and Mrs. L. C. Holcombe, of Milton; one brother, E. Porter Brainerd, of this city, and one sister, Mrs. F, Stewart Stranahan, also of this city. His wife, Jennie (French) Brainerd, died several years ago as did also two sons, Fred and Charles Brainerd. Another sister, Mrs. John Gregory Smith, died in January 1905,and his two brothers, Lawrence and Herbert Brainerd died several years ago.

Mr. Brainerd was one of the most prominent business men of the city at one time. For a great many years he was proprietor of a general store in what was known as the Brainerd block on the corner of Bank and Main sts.; was engaged in the lumber business in Richford; and had interests in the National Car Co. Mr. Brainerd was a director of both the old Vermont National bank and the St. Albans Trust Co., was director and president of the old rolling mill, and was actively engaged in the Mississquoi Valley railroad project and did effective work in soliciting the signatures of the taxpayers of St. Albans toward the project of bonding the town for the railroad, the law requiring the written consent of two-thirds of the taxpayers representing a majority of the grand list. He also served as selectman of the old town of St. Albans. He enlisted in the Civil War in the Fifth Regiment Vermont Volunteers and was quartermaster of the regiment from September 16, 1861 to May 28, 1862, when he resigned on account of ill health. Mr. Brainerd was marshall for Vermont at the exercises at Gettysburg, Pa., soon after the battles, when President Lincoln delivered his famous address, and was also present at Chicago in 1860, when Lincoln received his nomination as president. He was a charter member of the Ransom Guards and was a member of A. R. Hurlbut Post, No. 60, G.A.R.