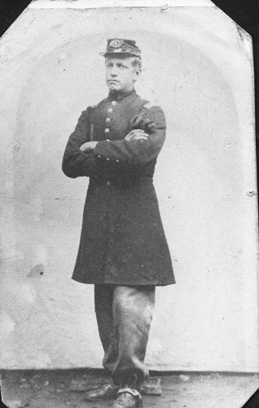 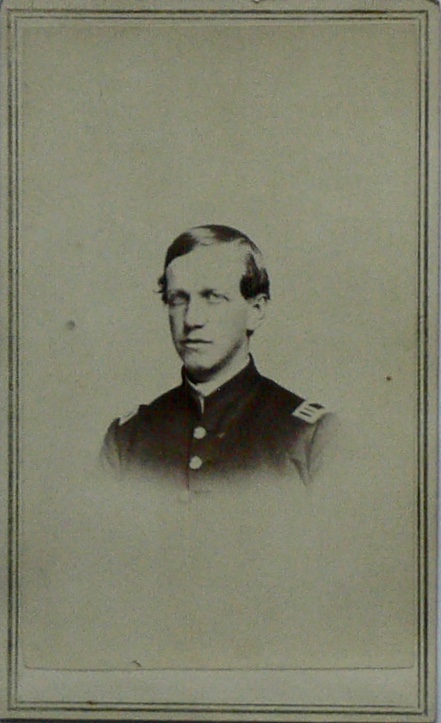 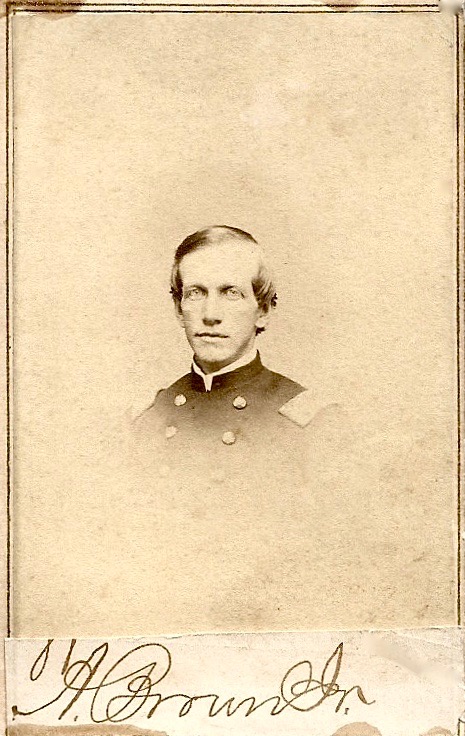 Lieutenant Colonel Addison Brown, Jr., was a son of Mr. Addison Brown, of Brattleboro, one of the proprietors and editors of the Vermont Phoenix. He was another of the many young men who went from Vermont to the field, and distinguished himself for gallantry in battle, and good conduct on all the trying occasions incident to the life of a soldier in time of war. When the war broke out he was living at Brooklyn, N. Y., and enlisted as a private in the Twelfth New York Regiment, under the call of the President for three months' volunteers. This regiment was the first to cross Long Bridge into Virginia, where for some time it was on duty, and afterward returned to Washington. At the end of his three months' term of enlistment, Lieutenant Colonel Brown returned to his home in Brattleboro, and immediately enlisted in Company F, Fourth Vermont Regiment. He was chosen Captain of that company, and commissioned by the Governor, September 21, 1861, and held the same position until September 18, 1862, when he was promoted to Lieutenant Colonel, and placed in command of the Fifth Vermont Regiment, which position he resigned on account of disability, December 9, 1864.

During a large share of the three years that he was captain in the Fourth Regiment, he was detailed to duty on the staff of the "Vermont Brigade," and was Assistant inspector General through the battles of the Wilderness, when the Brigade, consisting of less than three thousand men, held their position against the assault of fourteen thousand rebels. During the first day of this engagement all the officers on the Brigade staff, except Captain Brown, were either wounded or captured, leaving him alone on the staff during the remainder of the battles of the Wilderness. The general commanding the Brigade, in his report of the affair, said, in speaking of Captain Brown, "Most nobly and gallantly he performed the duties of three officers. It was an occasion which called for unusual abilities, courage, and powers of endurance, and Captain Brown was found equal to the occasion."

At the battle of Opequon Creek, near Winchester, on the 19th of September, 1864, Lieutenant Colonel Brown, who was in command of the Fifth Regiment again, distinguished himself, and was mentioned in complimentary terms by the officer commanding the "Vermont Brigade."

After Lieutenant Colonel Brown's discharge from service, he declined in health until the 3d of March, 1865, when he died at Harrisburg, Pa. His remains were brought to Brattleboro, where his funeral was attended by a large concourse of soldiers, firemen, and citizens, all seeming anxious to pay their respects to one who,

"Leaving in battle not a blot on his name,
Looks proudly to heaven from the death-bed of fame.

The death of Lieut.-Col. Brown, of the 5th Reg., at Harrisburg, is announced. He had resigned his commission from ill health, and having been to visit friends in Illinois, was on his way home. He entered the service as Capt. Of Co. F., 4th Vt. was appointed Inspector General on L.A. Grants staff, and last fall was appointed Lieut.-Col. of the 5th Vt.