Anson L. Aldrich is a direct descendant of George Aldrich, who came from Derbyshire, County Derby, England, in the year 1631, to Dorchester, Colony of Massachusetts, as described in the George Aldrich Genealogy by Alvin James Aldrich, 1971, Anundsen Publishing Co., Decorah, Iowa. He was born in 1835 in Clarksburg, Berkshire, MA. He married Mary Luther of Bennington, VT on 23 Jul 1859. They were divorced in 1867 and he later married Alice M. Hill of N. Canaan, CT as shown in the Town Clerk's ledger for 1876. Anson was a Cooper by occupation. 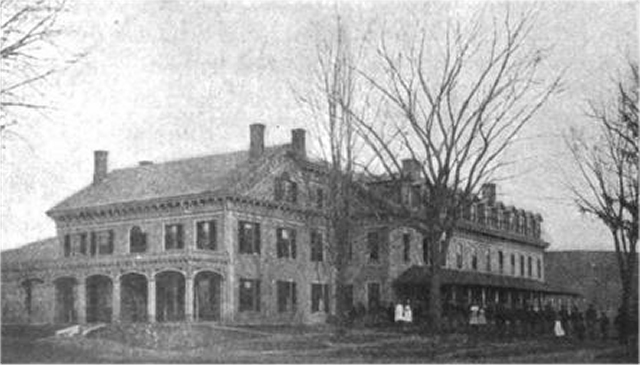 There is some confusion about Anson's service in the Civil War. According to the website "VT in the Civil War," Anson enlisted and served in the Fourth Brigade, 4th Infantry Regiment, Co. A from 21 Sep 1861 to 10 Sep 1863, when he deserted. The same website in its list of "Soldiers from NY Units Buried in VT" shows him as having been in the NY 184th Regiment, Co. E and being buried in the Soldiers' Home in Bennington. His stone is actually in the Soldiers' Home Cemetery and is quite legible. It reads: "Anson L. Aldrich, Co. A, 4th Vt Reg. Died May 21 1898, Age 63 years." This is very important to note, because when we wrote for his Pension Documents Package, we got a reply that they were unable to locate the file requested. However they did include documents for a soldier named Anson B. Eldridge with the same statistics who served in the aforementioned NY Regiment. It included a document that stated that Anson B. Eldridge had died May 21, 1898 at Vermont Soldiers' Home, Bennington, VT. It also included a statement that said soldier had actually served in the given NY Regiment as well as his application for a pension, filed on the 24th of July, 1891 for reasons of heart disease and results therefrom. Mr. Eldridge was noted as a resident of N. Pownal and being 55 years of age at the time. The application is signed in a good hand: Anson B. Eldridge. The witnesses were Michael Martin and Herbert Aldrich. Herbert Aldrich was Anson's son by Mary Luther.