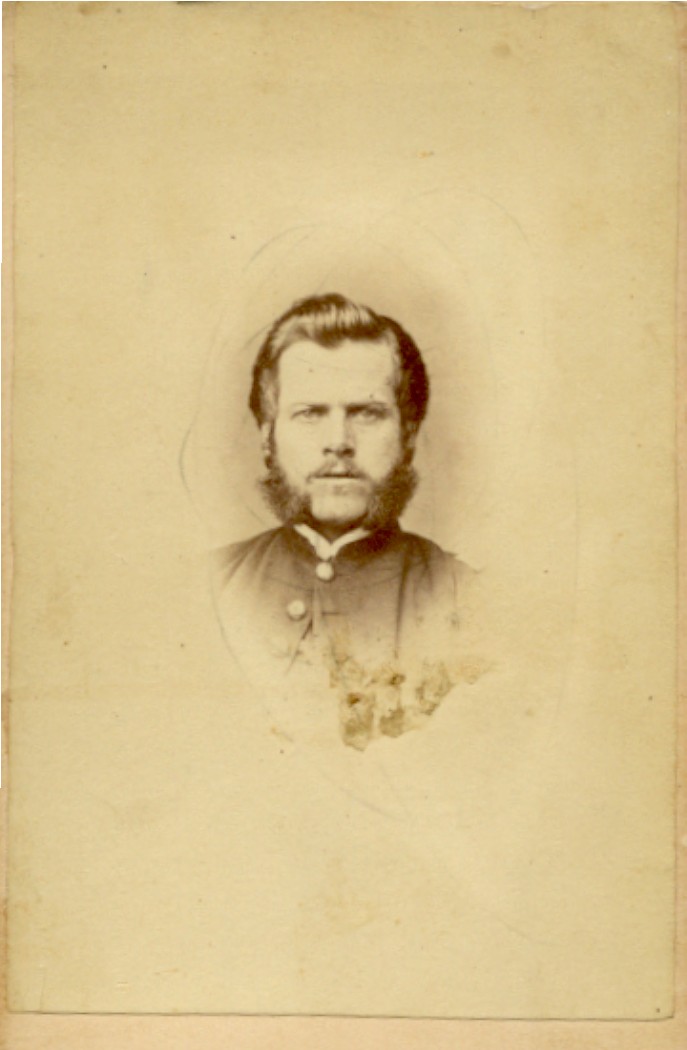 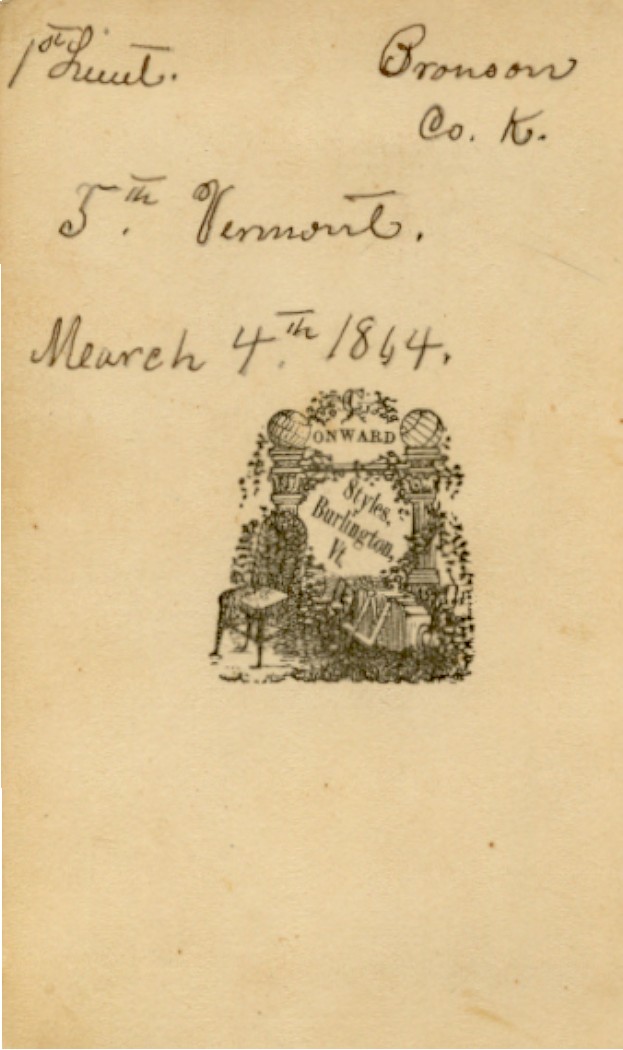 The funeral service was held at the house, Monday morning at 11 o'clock. Burial was made.

He formerly and for many years resided in Hinesburg, but for the past years he had lived in Burlington during the summers, and passed his winters with a son in Havana, Cuba. He was born August 31, 1842.Lieut Bronson was a veteran of the Civil War. He enlisted in the Middlebury company of the first Vermont and was present in the battle of Big Bethel, Va. He was in all the battles of the Old Vermont brigade until wounded in the head on May 5, 1864, the first day of the battle of the Wilderness. After the war, upon reorganization of the National Guard, he was made captain of the Hinesburg company, in the First Regiment.

He married Miss Alice Kenyon of Hinesburg, who died in 1891. Here children were born to them, all of whom survive him, namely; Miss Etta L. Brownson, of Burlington, Leonard E. Brownson, of Havana, Cuba, and Earl L. Brownson, of Rochester, N.Y.

Lieutenant Bronson was a member of No. 37, Cummings Post, G.A.R., of the Vermont Commandery, Military Order of Loyal LegionHe was a loyal citizen, a gallant soldier, and an honorable man.