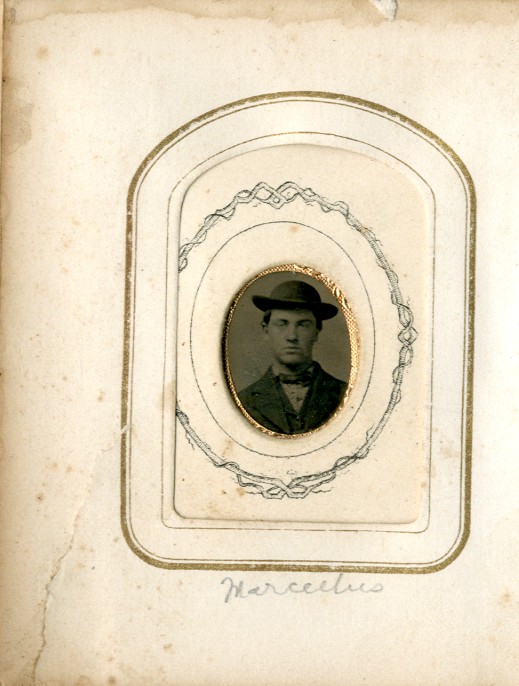 Marcellus C. Allen, one of our oldest and most highly respected citizens, died at his home on the west hill on Tuesday, July 25, and the funeral was held from his late home on Friday following, Rev. Robert Haselton, officiating. Interment was in the family lot in highland cemetery and the bearers were Wilmarth H. Luce, Marshall A. Carpenter, George Lincoln and Joshua M. Grant. Mr. Allen was born in this town and had spent his entire life here, except two years when he was a young man, which he spent in the West. He was the son of Obed Allen and was the last of a family of seven children. He was a veteran of the Civil war, having served in Co. D, 12th regiment, Vermont volunteers. He is survived by his wife, who was Miss Hattie Brockway, and one son, Simon C. Allen, who has always resided with his parents and carried on the farm. Among those from out of town who were here to attend the funeral were: Mr. and Mrs.Nathan Allen and Daughter of Charlestown, Mass., Mr. and Mrs. Edward A. Davis of Bethel; Mrs. Clara (Allen) Alexander and two sons, Robert and John of South Royalton, Mr. and Mrs. O.W. Brockway of Randolph and Miss Josephine Hibbard of Williamstown.