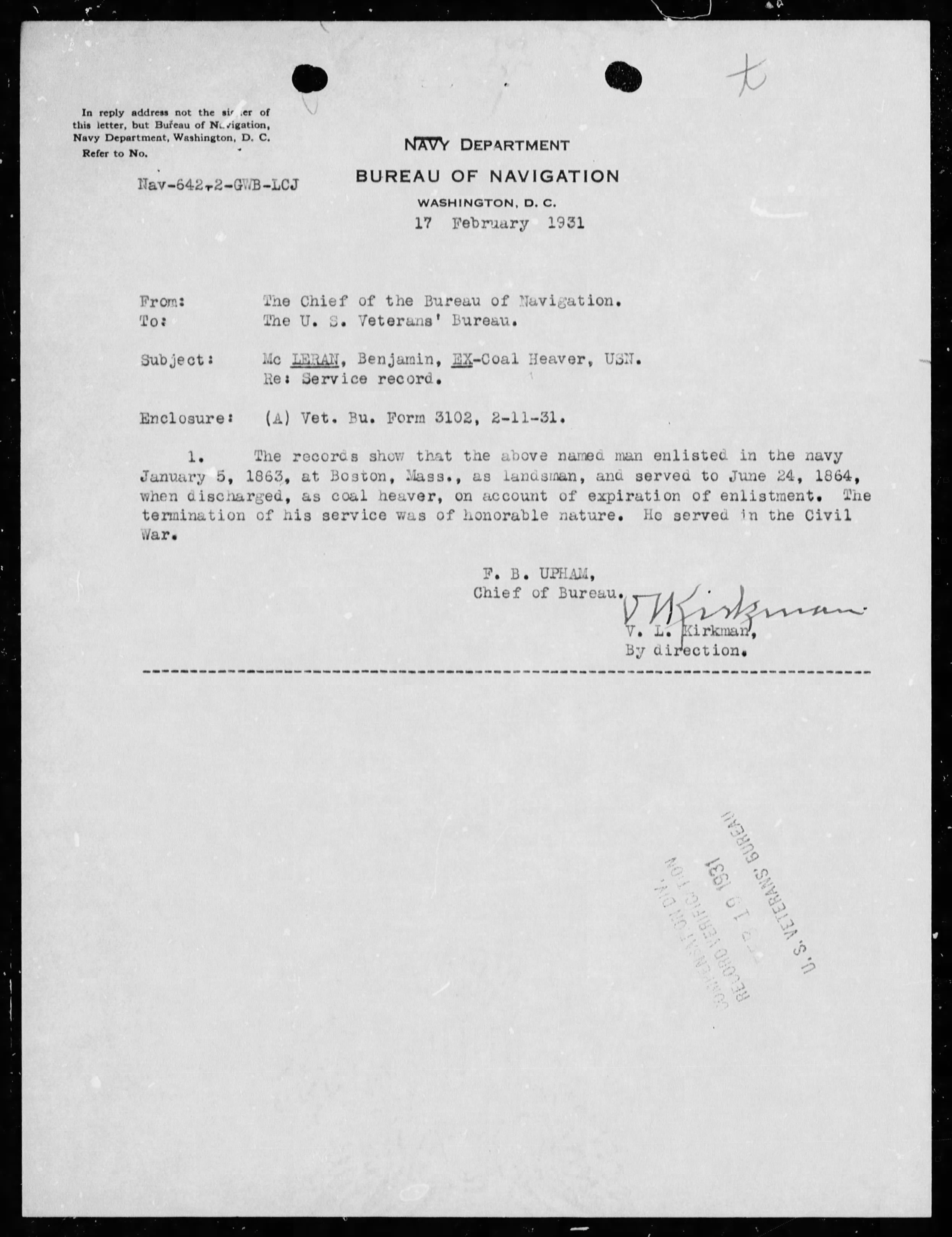 Benjamin McLeran, son of William and Eliza (Gleason) McLeran, was born at Barnet, Vt., February 5,1840. His father was a farmer. He fitted at Peacham, Vt., and entered college in the fall of 1858, and continued through the course, and was the recorder of the sins and transgressions of the class of '62 for four years, known as class monitor.

At graduation he was 5-feet 7-inches in height, 150 pounds in weight; had black hair, mustache, dark complexion; paid his own college expenses; a Republican, a Presbyterian, and intended to become a minister.

After graduation he entered the U. S. Navy, in the war of the rebellion, and served faithfully for two years; then entered the service of the Engineer Corps of the Army of the Gulf, and was topographical engineer on the staff of Gen. Canby at the close of the war; he was a teacher at Shreveport, La., under the auspices of the Freedmen's Bureau, in 1866-'67; in latter year he was elected member of the State Constitutional Convention, representing the parish of Caddo, then resumed his profession of civil engineering and has pursued the same ever since, having been engaged on many important surveys, and on nearly every projected railroad in the State; surveyor of Ouachita parish two years, division engineer of the N. O. Mobile and Texas R. R. in 1869-70; State engineer of levees in 1871-'72; land surveyor in 1873-'76; chief draughtsman of Board of State Engineers in 1876: draughtsman to Surveyor General's office, 1877-'80; civil engineer in New Orleans since that date.

He resides 107 Thalia street. He is a member of the N. 0. Academy of Sciences, of the Society of Civil Engineers of the Gulf States, and of the N. O. Sanitary Association; is a Republican, and an Unitarian in creed.