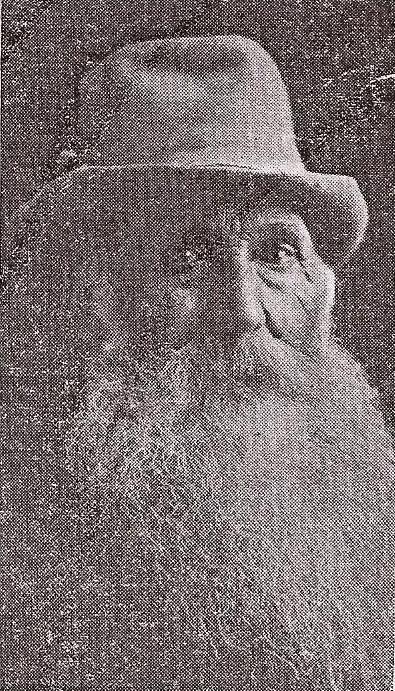 Nelson Clark, an aged resident of Philadelphia, died at the home of his daughter, Mrs. Fred Munro, on Mill Street , at one o'clock Thursday morning. [August 17, 1922] Although he has been in failing health the past year, he has confined to his bed only a week. Although past 90 years of age, Mr. Clark has been active until recently and walked over town last spring. He has been tax collector at various times for many years and collected the corporation tax a year ago last spring. He was born at Charlotte, Vt., March 14, 1832, and was the son of Benjamin and Emily Clark. He has lived in the village of Philadelphia ever since he moved here about 65 years ago. In 1860, he married Ellen Jane, daughter of Mr. & Mrs. Solomon Spencer, who lived about three miles from Philadelphia, the marriage taking place at her parents' home. Since the death of his wife June 30, 1871, he has made his home with his daughter, Mrs. Fred Munro of Philadelphia. Mr. Clark was a mason, working at his trade until the past few years when prevented by ill health. He was a member of Theresa Lodge, F. & A. M., from which he withdrew in 1914 when he became one of 37 charter members of Philadelphia Lodge, F. & A. M. He took an active interest in the lodge and was a regular attendant of the meetings when his health permitted. Philadelphia Lodge F. & A. M., will have charge of the funeral services to be held from the home of his daughter, Mrs. Fred Munro, at 2 o'clock Saturday afternoon. Rev. B. J. Davison, pastor of the M. E. church, will officiate, and burial will be made in Sandy Hollow cemetery. Mr. Clark was well known in Philadelphia and will be missed by many in the town where he has lived most of his life. Besides one daughter, Mrs. Fred Munro, with whom he made his home, Mr. Clark is survived by a son, Orville E. Clark, of New London, Conn.

Philadelphia mourns the death of one of its most venerable citizens, Nelson Clark, whose death Thursday morning removes a connecting link associated with two generations. Past ninety years old, and sixty-five of those years lived in our midst, he has witnessed our growth from a hamlet with winding mud paths to the present prosperous village. A mason by trade, his handiwork appears in many of the homes and business blocks of the town and village, and even until the past three years he could be seen with his tools going forth to occasional jobs in spite of his advanced age. In fact, former sons, returning to Philadelphia for visits, would marvel to see Mr. Clark, whom they as mere boys had watched as then an old man laying up walls and working at his trade, to see him still engaged with trowel and mortar, building with brick and stone and as adept as in the years gone by. Endowed with a common-sense view of life, years had ripened his judgment and a kind disposition endeared him to all in the town. Not only was he a witness to passing events in the community, but also a participant in the village activities, having been honored with the office of collector of taxes for the town, village and school district many times during the past forty years, many times receiving the united endorsement of all parties at the polls. Philadelphia mourns his death, and the funeral at the home at 2:00 this afternoon will be largely attended.