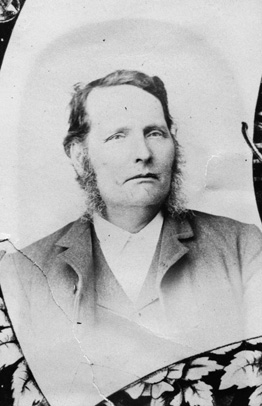 DEATH OF AN OLD RESIDENT:

Carlos C. Bugbee died last Friday afternoon at about 12:30 o'clock, after an illness of many years duration, at his home on Morristown Plains, from a complication of diseases.

The deceased was born in Morristown Feb.4, 1842, the son of Avery and Laura (Cross) Bugbee, and in which town he has spent his whole life, with the exception of about three years and a half spent in the service of his country.

On March 6, 1864 he was united in marriage to Martha Jane Niles, daughter of Salmon and Anna (Cooke) Niles. To this union four children were born, none of whom survive him. Besides his wife he leaves one brother, George Austin Bugbee, of Providence R.I., who was present at the funeral.

On June 1, 1861, Mr. Bugbee enlisted in Company #, 3rd Regiment of Vermont Volunteers, and served until January 15, 1863, when he was discharged for a disability. He re-enlisted in Company C on September 2, 1863, and made Sergeant at the organization of the company, and was promoted to 2nd Lieutenant on July 19, 1865, being again discharged July 14, 1865. After the service he returned to Morristown, where he again took up life of a farmer.

The funeral, which was private, owing to the serious condition of Mr. Bugbee, was held from his late home Sunday afternoon at 2 o'clock, Rev. W.T. Best of the Methodist Church officiating, with interment in Riverbank Cemetery beside of his children.

The floral tribute was very large and beautiful.. The bearers were, Frank Kenfield, L.L. Camp, D.W. Rogers, and Austin Wilkins. Geo. W. Doty was the undertaker in charge.

In the death of Mr. Bugbee Morristown looses one of one of its highly esteemed citizens, and J.M. Warner Post, which he joined on June 20, 1879, a kind and worthy member.