A dedication ceremony was held to honor two Vermont Civil War nurses who happen to be a mother and daughter. Both are buried in Elmwood Cemetery in Burlington, VT, and until recently were buried in unmarked graves. Thanks to the kind offices of an anonymous donor, Paulina Hathaway and her daughter Sarah Hathaway Foy, both now have gravestone markers on their graves. Both women were pensioned Civil War nurses. The Vermont Civil War Hemlocks provided a salute and Taps for the occasion. Guests of honor included Jo Ann Tellez, 2nd Great Granddaughter of Sarah Jane Hathaway Foy. 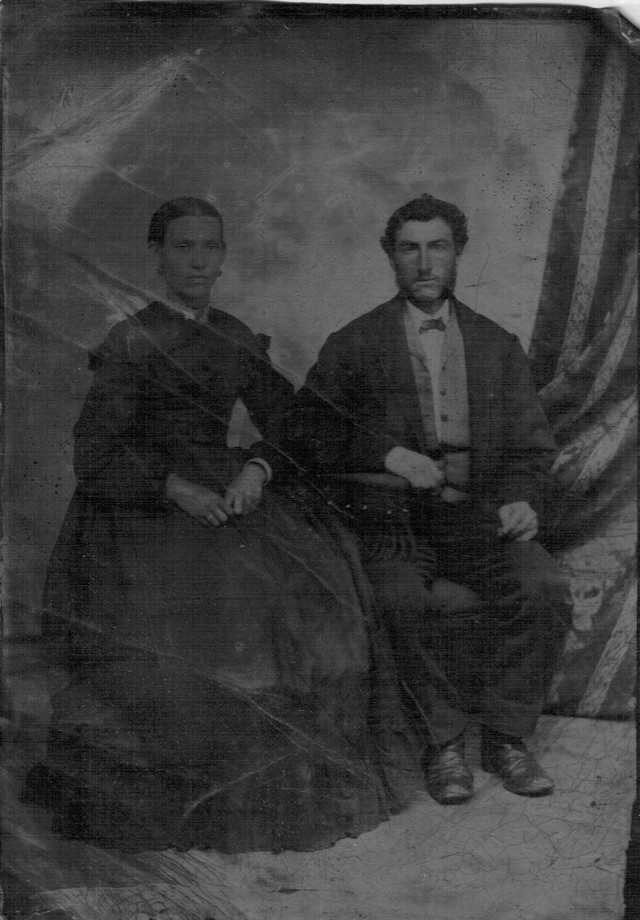 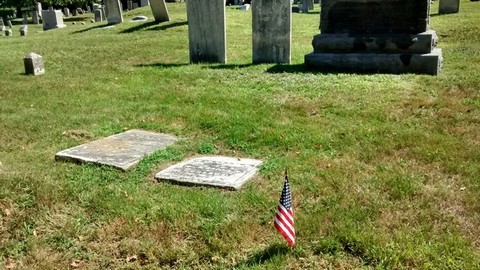 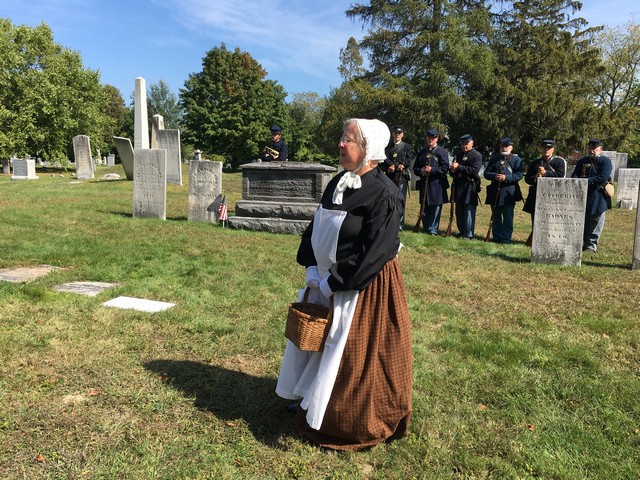 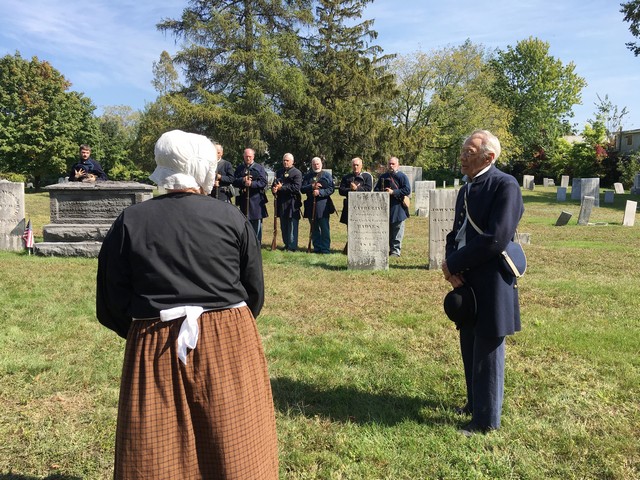 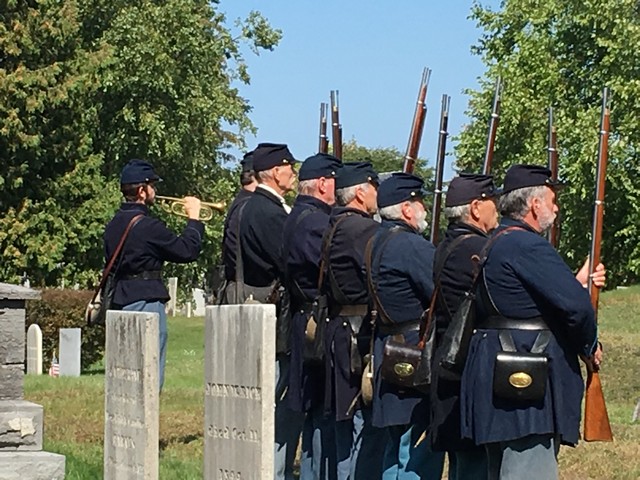 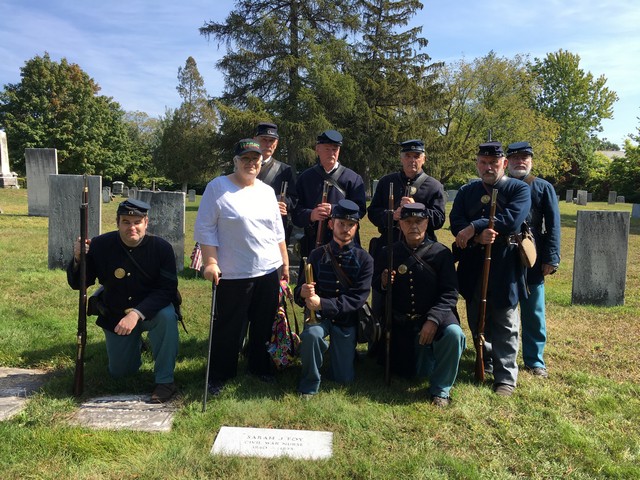 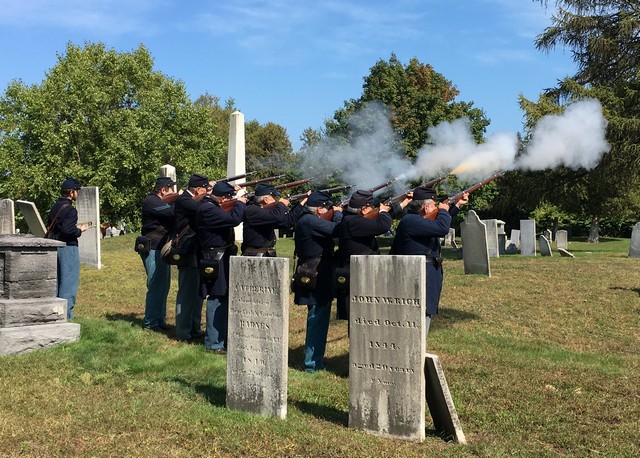 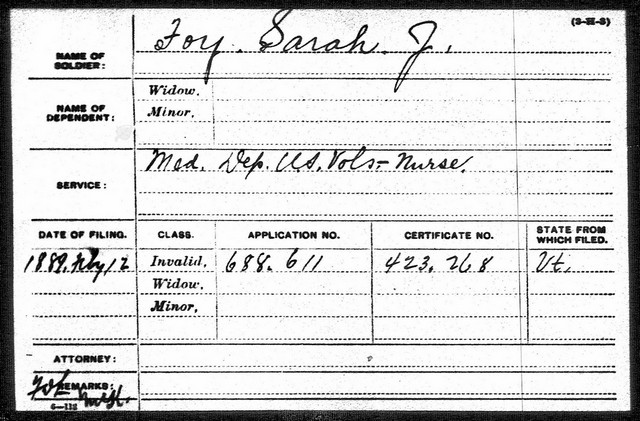 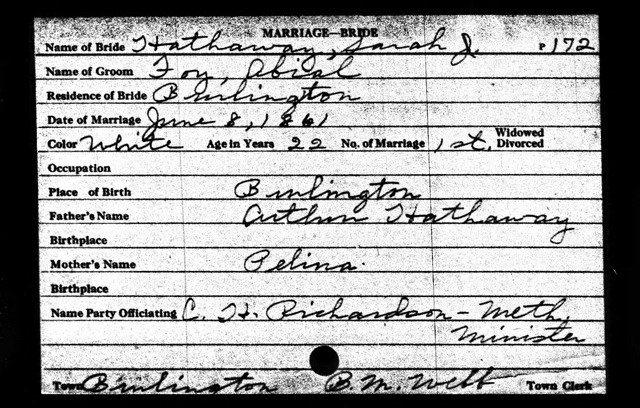 Photos of the event by Heidi McColgan

Mrs. Foy was married in Burlington in June 1861 and immediately went to the war in company with her husband with Company G, 2d Vermont regiment, in the capacity of nurse. She remained at the front for nearly two years.

Col. Joyce, who was colonel of the regiment, says of her work, "She cared for the sick and wounded as tenderly as a mother cares for her own children." Of her bravery under fire, he says, "At Sallen's Farm, White Oak Swamp and Savage's Station she was for hours under fire and refused to leave as long as she could be of any service to the sick and wounded."

Through the efforts of ex-Senator Edmunds and Col. Joyce, Mrs. Foy obtained a pension about four years ago.

She leaves a husband, two sons and a daughter, the wife of John N. Kellogg.

The body will be taken to Burlington Saturday morning on the 8:25 train. There will be services at the grave on the arrival of the train at 11 o'clock.