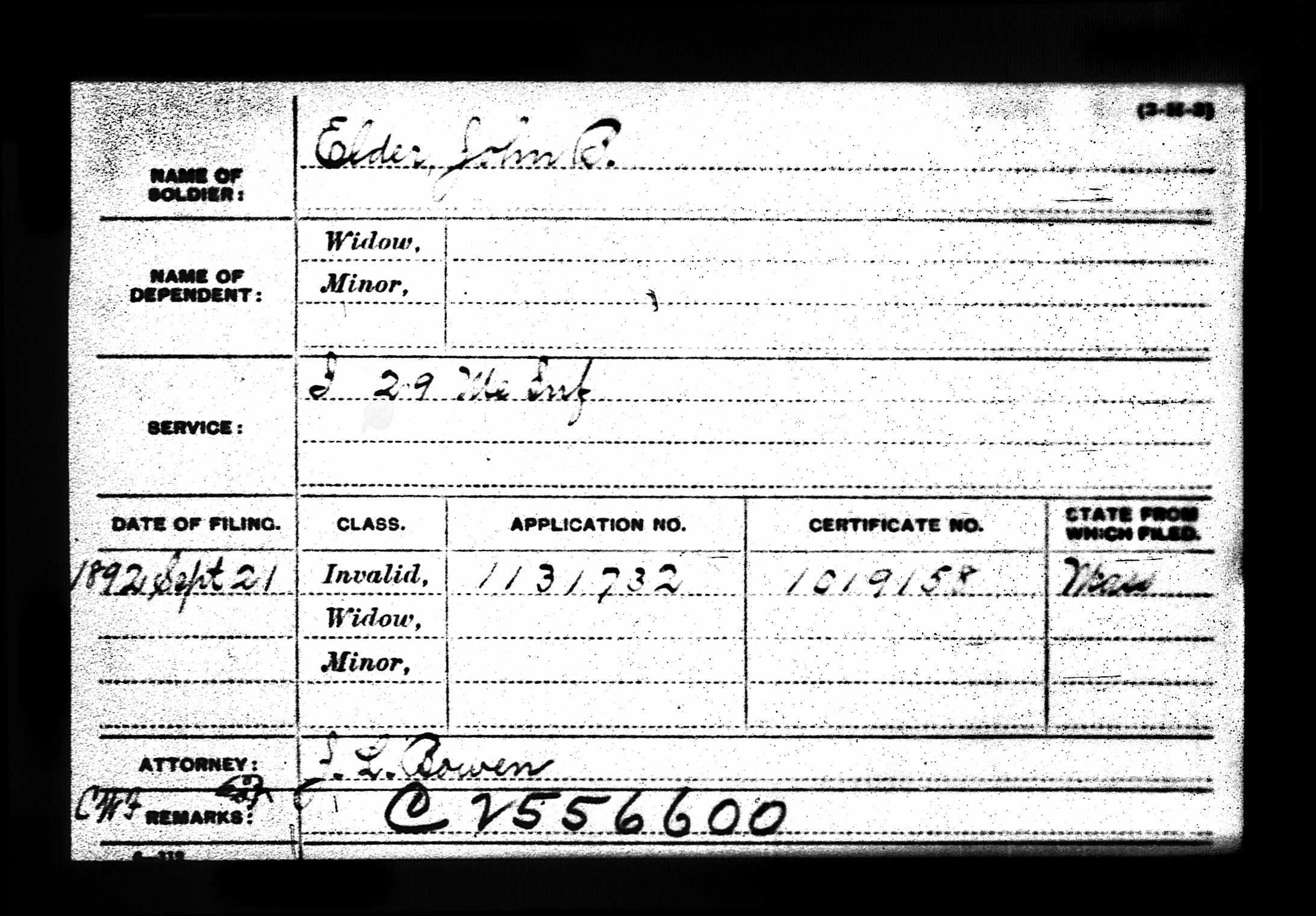 James Bates Elder, a veteran of the Civil war, who has been making his home for some time with T. A. McCall, at the west end, passed away last Tuesday morning, aged 75 years. The remains were taken to Colchester on Wednesday morning for burial. Mr. Elder was born in Augusta, Me., in October, 1841. He was a brother-in-law of Mrs. McCall.

Elder was living in Ward 5, Springfield, MA, in 1890 (1890 Census Special Schedule for Veterans and Widows).