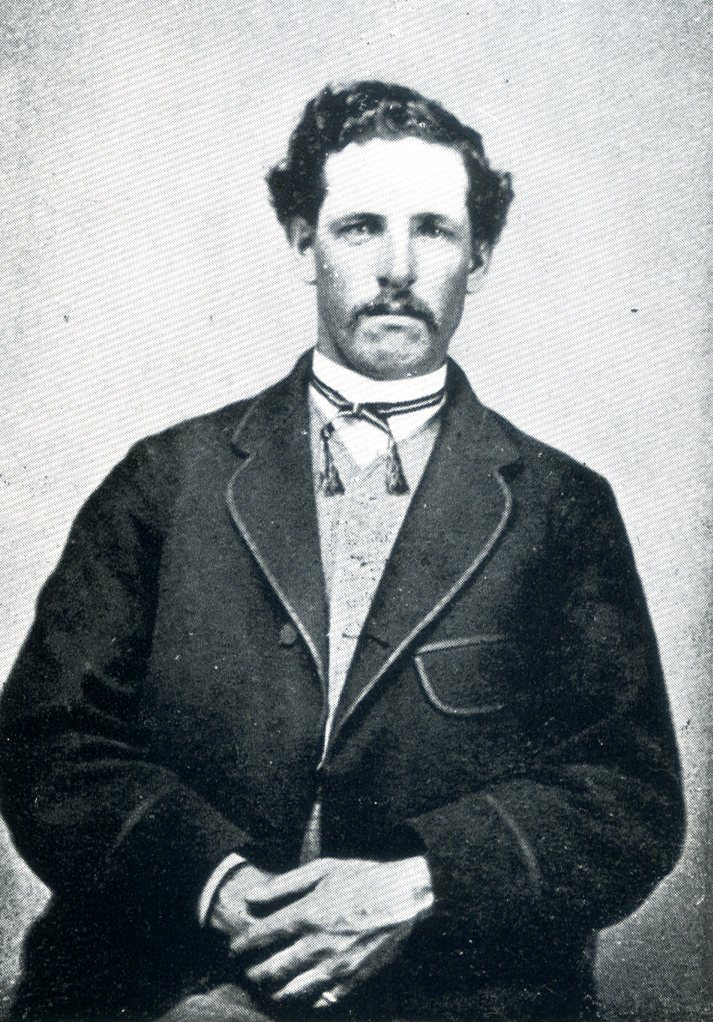 MARCUS A. BEST volunteered from his native town, Highgate, August 25th, 1862, at the age of 21 years, five feet, six inches high, dark hair and blue eyes and light complexion, a farmer by occupation. He was not rugged in build or general appearance. His life had been for a number of years spent in the little village of Highgate, and had the advantages of a common school education, and the surroundings of a Christian home and the blessings of kind and indulgent parents and loving brothers and sisters. The moral training of home and the influences of society in which he mingled made him highly thought of among his friends and associates. He was indeed a very exemplary young man. He was of few words and reserved disposition. He was kind and friendly, but cultivated Intimate friendship with but few. Was from the first imbued with the grand and noble purpose that prompted him to volunteer when his country was assailed by foes within and the intrigues of ambitious nations without. He brought to this new life a conscientious devotion that found him ever ready and willing to respond to duty without one word of criticism. There were no loosening of moral obligations and decorum with him because a soldier. He realized fully his obligations to thei Government of the country that gave him birth and had freely laid down his young life on the altar of his country when he volunteered and said "Here am I, do with me as you please, my devotion is true, my life is freely offered."

Company K could point to but few like him. It was my good fortune to have been for a time a tentmate of Comrade Best, and therefore likely there were none who knew him so intimately and appreciated so deeply his noble qualities as myself. The severity of that Virginia winter of 1862-3, the hard marches, lying on the cold, wet ground often without tents, the malarial atmosphere of the low, fiat grounds along the Potomac and Occoquan undermined his rather delicate constitution, and he was quite suddenly prostrated with fever while at Camp Occoquan in May, 1863. He remained in our tent and was attended there by Drs. Nichols and Crandall, our surgeons, and I was his nurse, and a very attentive and anxious one too. He was sick a number of weeks and when sufficiently recovered was sent on the 2nd day of June to the general hospital at Alexandria, Va., where he remained until brought with others by Dr. Nichols and joined us at Baltimore, Md., on our way home to be mustered out. He returned home, but never fully recovered from the effects of the fever that came so near numbering him among those of Company K who died in the service.

As soon as he was able returned to the occupation of farmer for quite a number of years, married, settled down in his native town happy and contented. After a while he engaged in the mercantile business, which he followed for some fifteen years with reasonable success. He then in 1888 moved to Reading, Vt., bought a farm and resumed the old occupation and lived there until his death November 26th, 1896. He was three times married, left a widow and three children surviving him. You will find a picture of Comrade Best on page 406, and a meritorious sketch of him by the pen of Lieutenant Brown of Company K. by reference to roster.