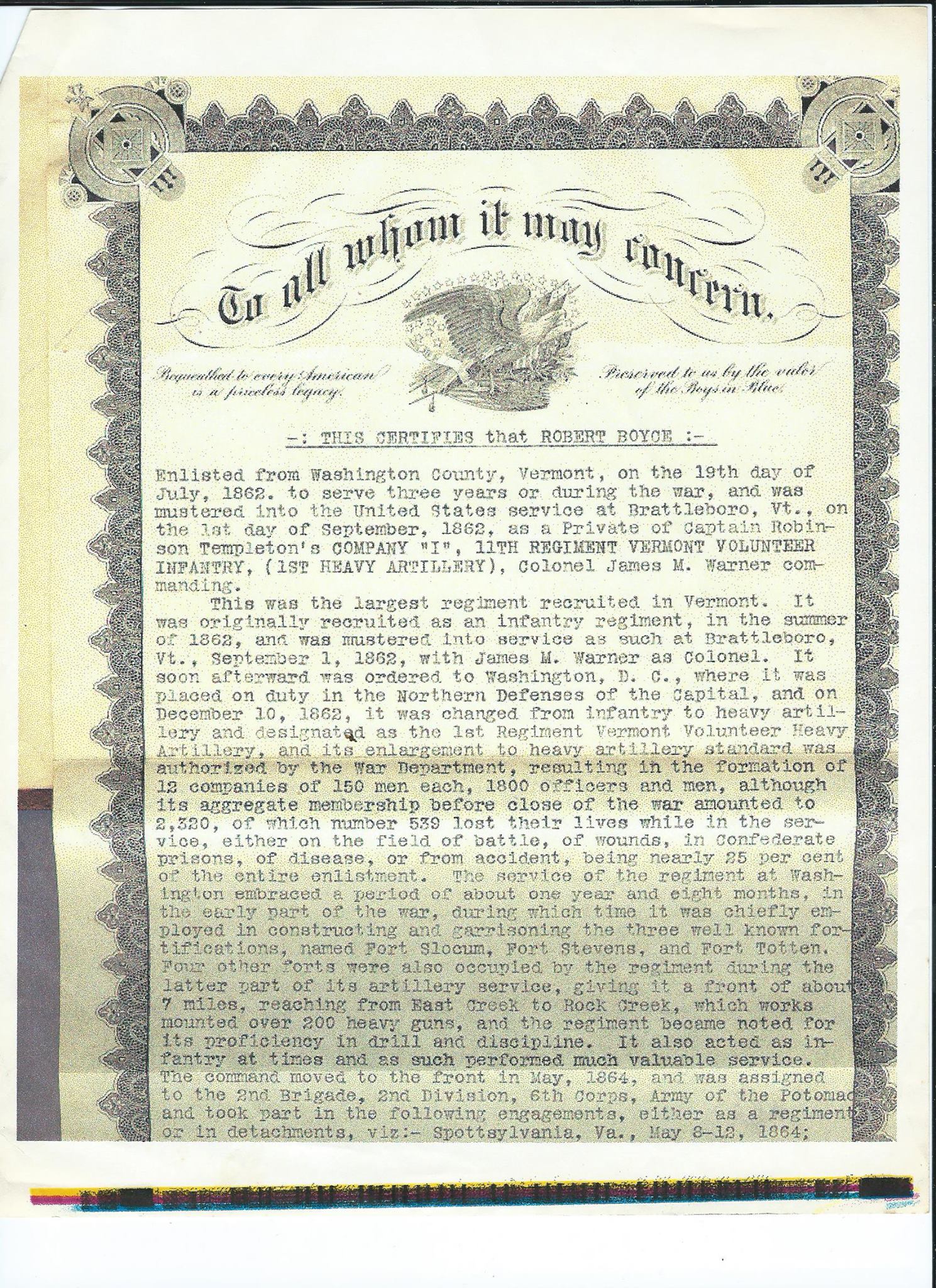 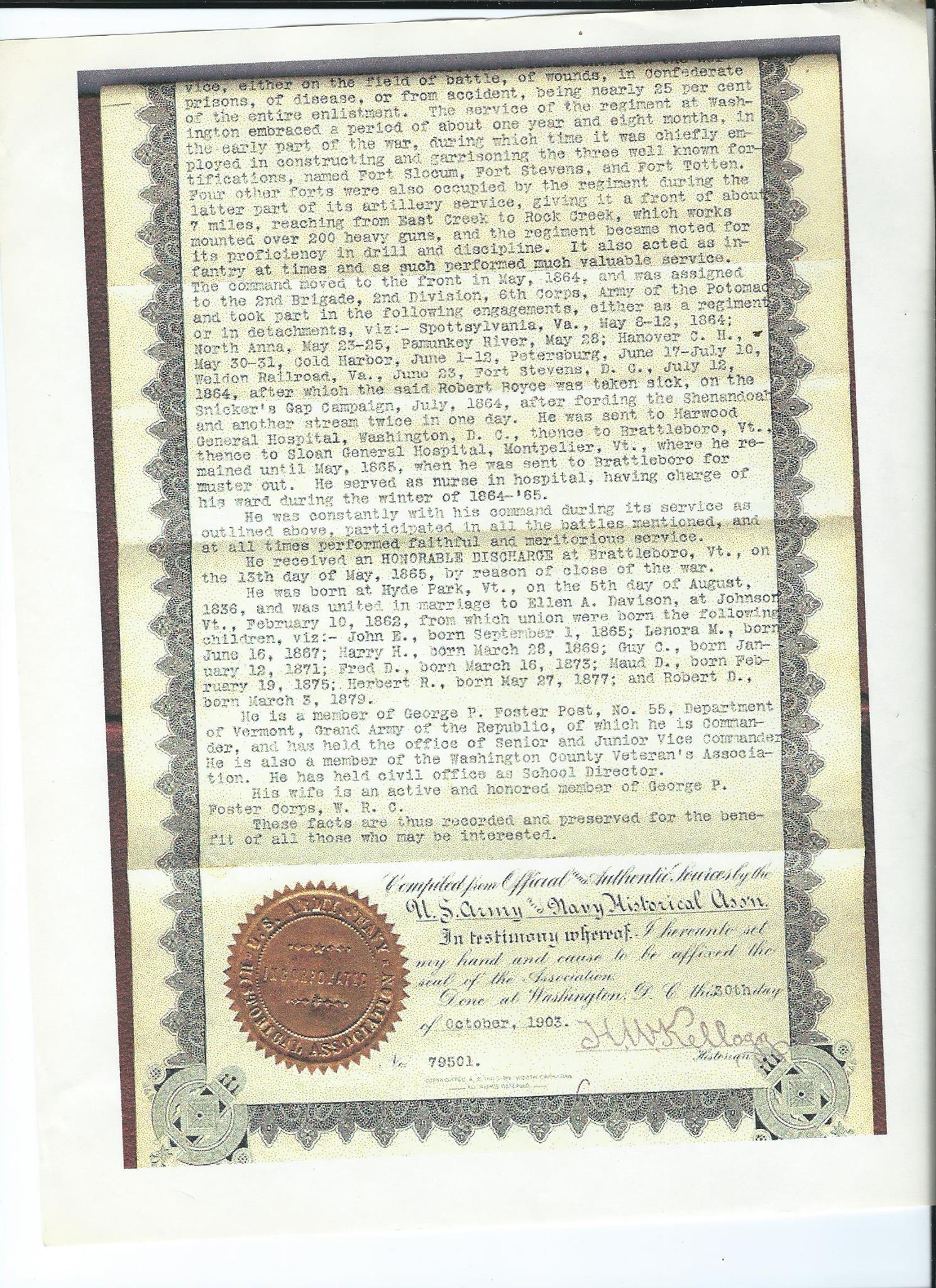 Robert Boyce, one of the oldest residents of Elmore, passed away at his home this week Monday at the age of 92 years and five months. Mrs Boyce died in May, 1927.

Mr. Boyce was the father of eight children, four of which survive him; Harry of Worcester, Fred of Morrisville, Mrs. Maude Wells of Woodbury Center, and Herbert at home. There are 20 grandchildren, and seven great-grandchildren, and one half-sister, Lydia Hayford of Johnson, also survive.

The funeral was held from the late home on Wednesday morning at 10 o'clock, the Rev. Mr. Roach of Wolcott officiating. Burial was made at Wolcott.