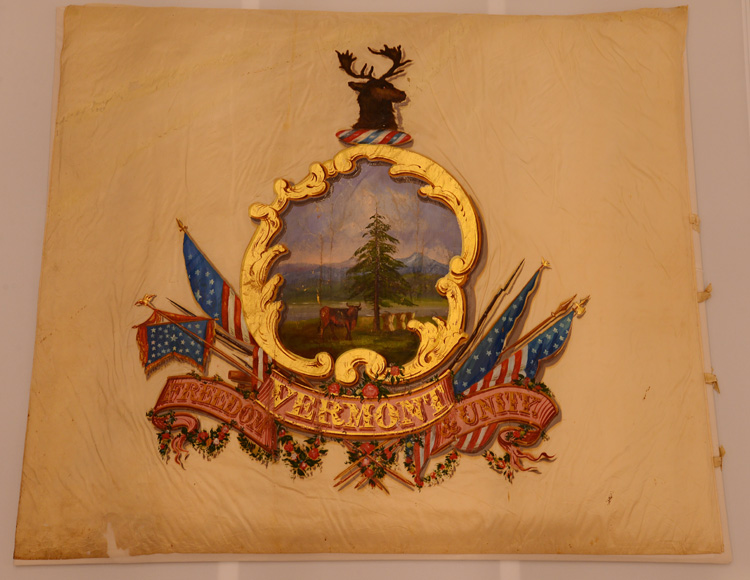 The 1st Regiment, composed of militia companies from Bradford, Brandon, Burlington, Cavendish, Middlebury, Northfield, Rutland, St. Albans, Swanton and Woodstock, ten in all, was mustered into the service of the United States at Rutland, May 8, 1861, for a term of three months. It proceeded at once to Fortress Monroe, receiving along its route the greeting of the enthusiastic people. From Fortress Monroe, on May 23, the regiment marched 6 miles to Hampton, Va., making the first reconnaissance of Union troops in that state. On May 26 it again left Fortress Monroe, this time for Newport News, which place it was for a time employed in fortifying. On June 9 an expedition was undertaken to Big Bethel which resulted in an encounter with the enemy, and on Aug. 4 the regiment embarked for New Haven, the men being mustered out at Brattleboro soon after their arrival.

The total number of men in the 1st was 781, of whom many reenlisted in other organizations. Its loss by death in action was 1 man, by disease 4, and by accident 1.