Gettysburg battlefield recovered smoothside canteen with strap, marked A. Walker, Co. D 14th Vt Vols, original antique store tag intact - reads Gettsyburg 3/4/40. Walker was KIA during Pickett's Charge, reference page 221, Nine Months to Gettysburg by Howard Coffin: "All the Union Batteries then ceased fire, saving their ammunition to meet the expected assault. The Confederate cannons also fell silent. Pvt. Albert Mead looked around, checking on his buddies; eventually, he saw Pvt. Albert Walker, who had found a straw hat on the field and wore it as he lay low during the shelling. He heard the Bridport lad say as the shells whined overhead, 'Boys do you know what those bullets are saying?' They say, Walker next, Walker next. Suddenly, Walker was silent, a bullet in his brain." 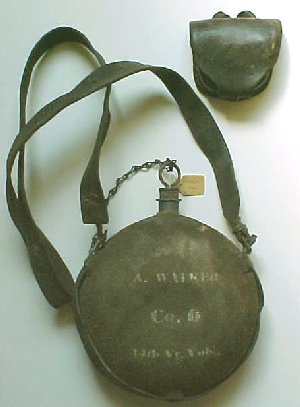 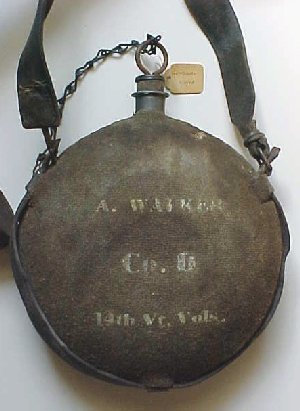 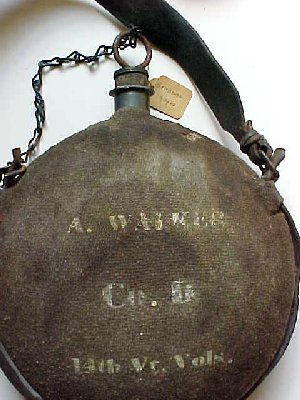 Also included with canteen was his capbox with his initial inscribed on the front flap and the maker's mark inside: AW Decrow, Maker, Bangor, Me. Walker is interred in the Gettysburg National Cemetery.